Sanlorenzo has recently launched a new queen of the fleet. 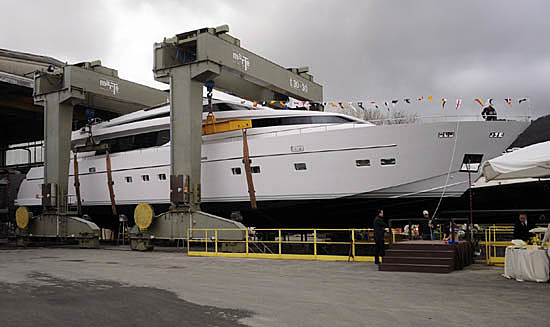 The interior of Dandy Six, strictly tailor-made as per the best Sanlorenzo tradition, is in ash wood made with spacing in birch. The salon is larger than usual because the forward bulkhead has been placed further forward. The main deck also features a media room.

In the annus horribilis of the economy in general, and particularly that of the boat industry, Sanlorenzo represents something of a “white crow”. While leading European and American groups declare two-figure drops in sales, Sanlorenzo Spa is managing to limit its contraction to -6%, which amounts to an estimated sales volume of 170 m Euros.