Sanlorenzo has announced the launch of no less than three superyachts in one week, all for Russian clients. The launch of Scorpion, a 40 meters Alloy, was followed by the 38 metreSanta Anna, and the 46 metreRêve d’Or. 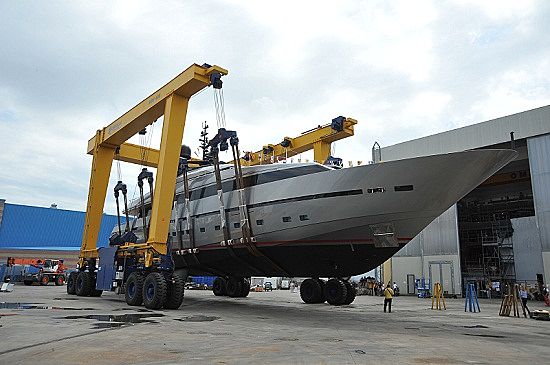 Scorpion is the sixth hull launched of the Sanlorenzo 40 Alloy series, winner of many international awards, designed by Francesco Paszkowski and ordered by a Russian owner. The 40 Alloy has an overall length of 40 metres and is powered by two MTUs 12V 4000 M93 outputting 2,340 kW, delivering a top speed of 28 knots and a cruising speed of 26. 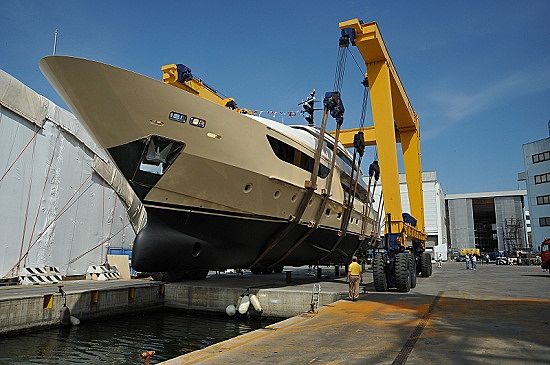 Second to hit the water was Santa Anna, the fourth hull of the Sanlorenzo SD122, Sanlorenzo's flagship of the semi‐displacement GRP fleet. This yacht is also designed by Francesco Paszkowski and was also ordered by a Russian owner. This SD122 is slightly different from the previous three SD's. Her main deck layout was changed, to create a larger salon and a more intimate dining room. 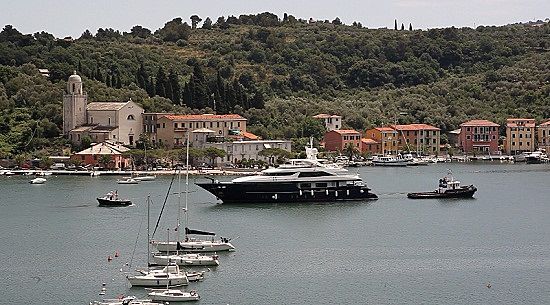 The last yacht to go into the water was Rêve d’Or, the third hull of the Sanlorenzo 46 Steel series, Sanlorenzo's flagship, again for a Russian owner. She is a semi-displacement superyacht with a bulbous steel hull and aluminium superstructure. She features a large beach club in her stern, and as a unique feature, offers a fifth deck at tank deck level. The 46 Steel has a LOA of 46 metres and a gross tonnage of 499t. She is powered by twin Caterpillar 3512B DITA‐SCAC High Displacement diesels, which give her a top speed of 17 knots and a range of 4,000 nautical miles at 12 knots.

Before the summer really kicks off, Sanlorenzo will launch seven more yachts.