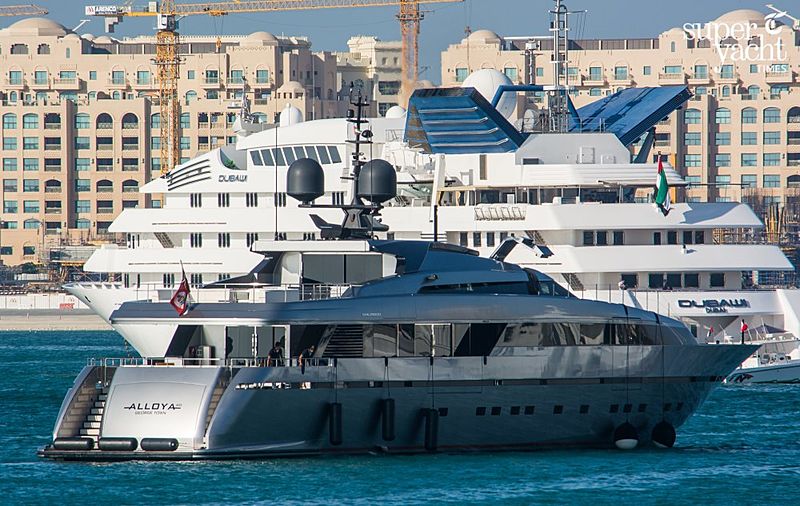 The SanlorenzoAlloyawas delivered to Sheikh Mohammed bin Rashid Al Maktoum, Prime Minister and Vice President of the United Arab Emirates, as well as the ruler of Dubai, in 2013. Alloya was designed with a modern and elegant interior, featuring a combination of contrasting woods, such as olive ash for the furniture and the burned oak for the floors. For the bathrooms the owner chose Fossena stone and limestone Malayat. Two MTU 2775 HP engines deliver a maximum speed of 28 knots and a cruising speed of approximately 25 knots. Here she is captured during the recent Dubai International Boat Show. The 90m Dubawi fills up the background.