As Sanlorenzo announced last week, the 35.75-metre Sanlorenzo SD118 is the yard's new semi-displacement model. Four units have already been sold, including the version with interiors by Bernardo and Martina Zuccon that will be presented at the Cannes Yachting Festival 2021 and the version with an interior style by Patricia Urquiola. 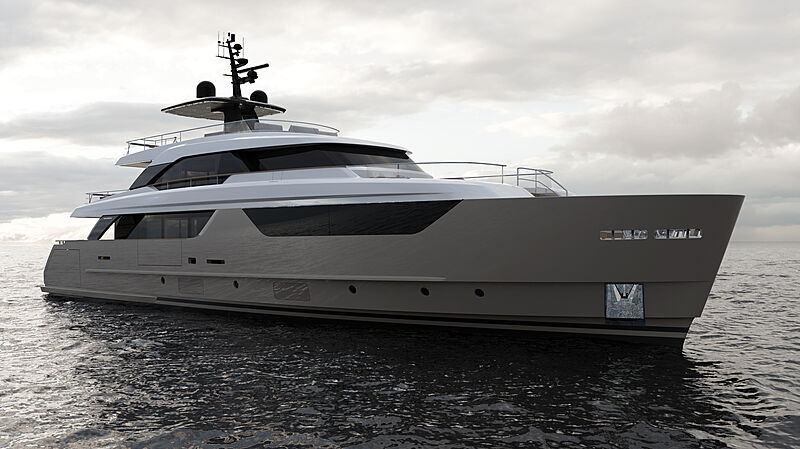 Photo: Sanlorenzo YachtsSD118 has space for up to 10 guests spaced across five cabins and has an interior and exterior both designed by Zuccon International Project. Her design balances classic and traditional lines into a contemporary interpretation, with an aesthetic centred around her wide-body hull. 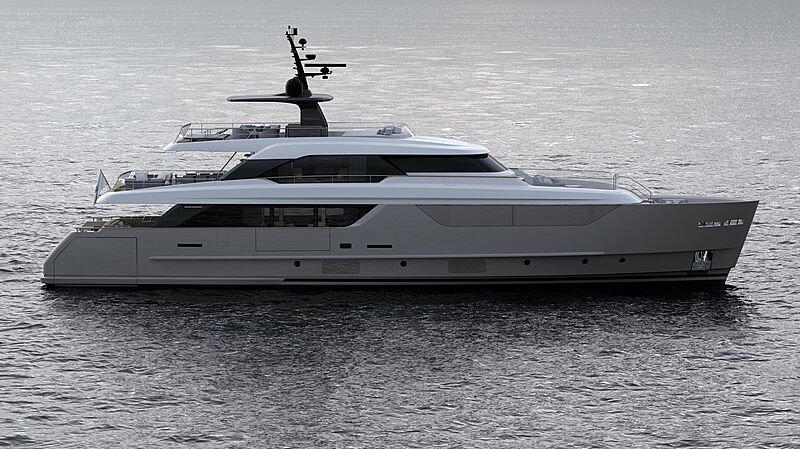 Photo: Sanlorenzo YachtsThe bow outdoor living area of the latest Sanlorenzo yacht is organised on two connected levels, the upper deck and the forward deck. They form an area for relaxation in the open air, which the owner has direct access to from his cabin by means of a sliding hatch. This hatch is concealed below the staircase connecting the two decks in order to provide privacy. 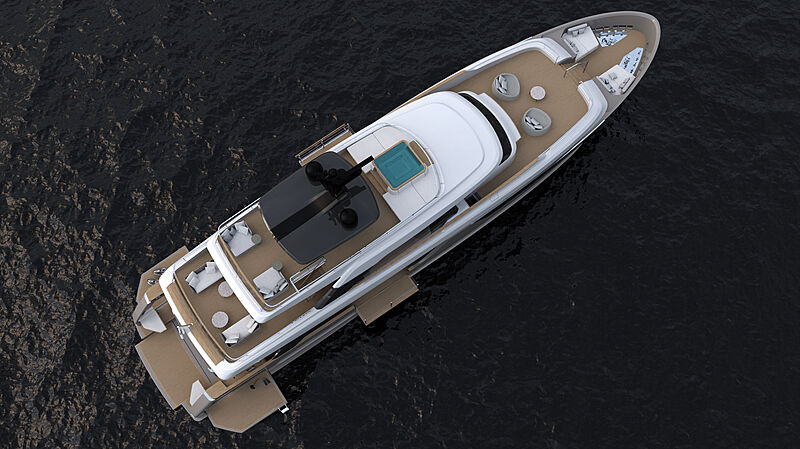 Photo: Sanlorenzo YachtsAccording to the yacht builders, the pride of the SD118 is her upper deck, which has an asymmetrical configuration designed by Bernardo Zuccon. Previously applied only to the SL line, it provides more space and flexibility of use, and a direct view of the sea from both sides. 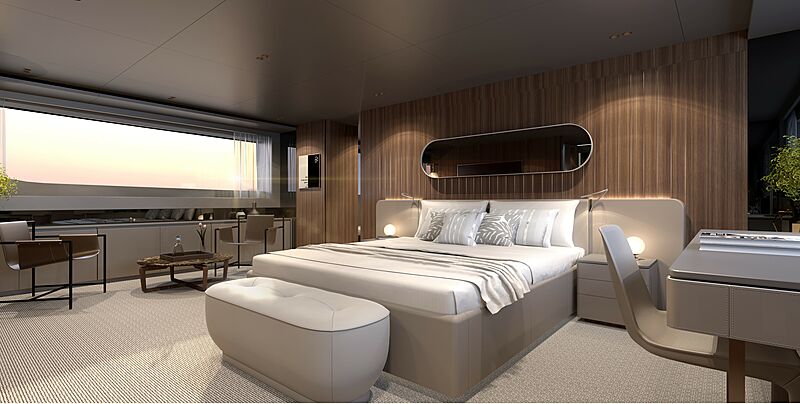 Photo: Sanlorenzo YachtsHer port side will feature a side deck that leads from stern to bow, her bulwark will open to form a terrace and her starboard side will be similar to a wide-body hull. The new SD118 model also has a revised stern zone with aims to expand space and comfort compared with previous models in the SD line. At anchor, this zone is transformed into a swim platform of 19 square metres on account of lateral hatches that open to enable diving and sunbathing. 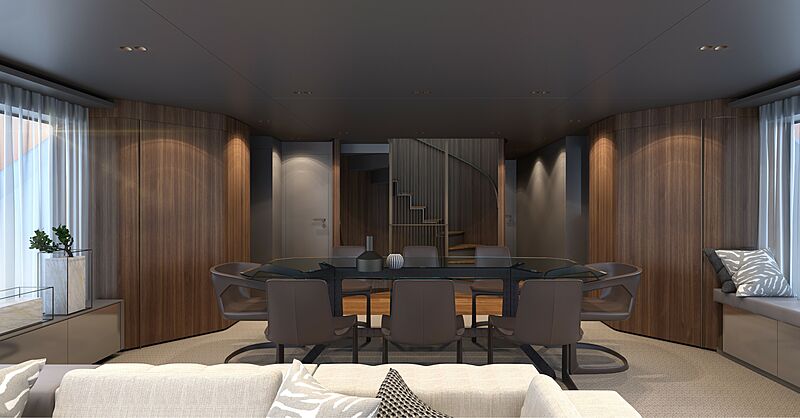 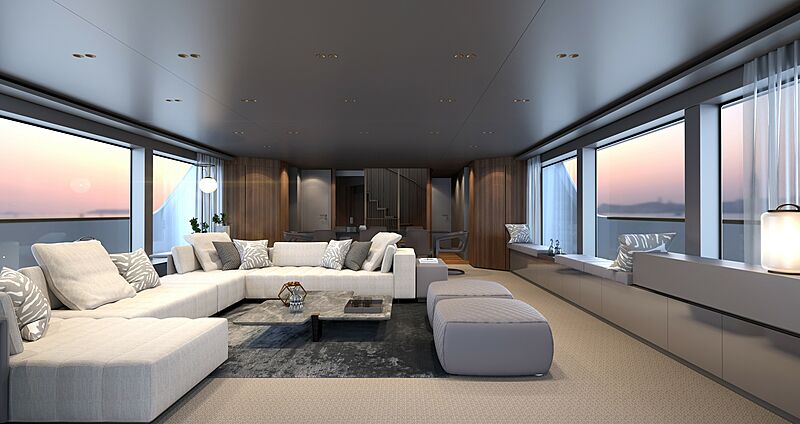 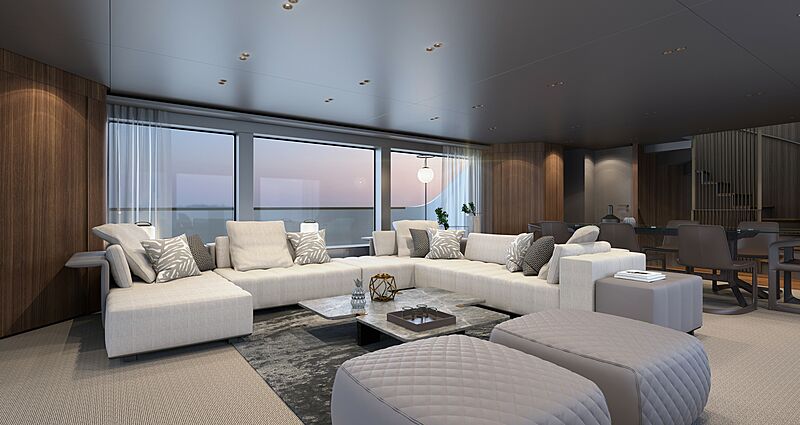 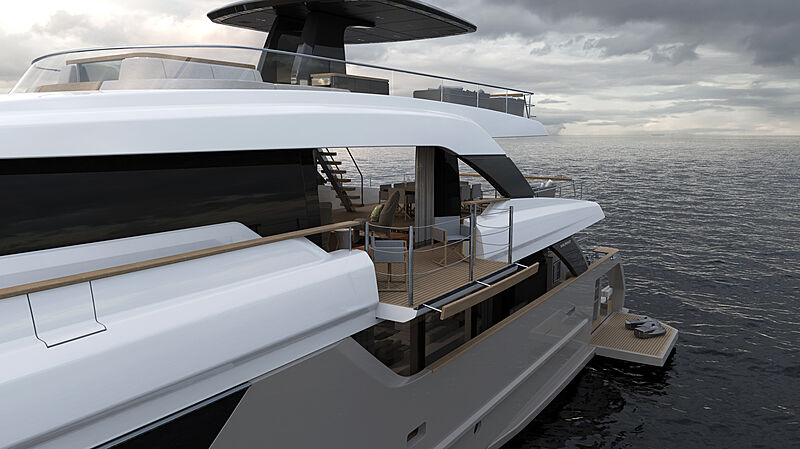 Photo: Sanlorenzo YachtsThe 170 GT yacht is powered by two Caterpillar C32 Acert diesel engines, which will allow her to cruise comfortably at 11 knots and reach a top speed of 19 knots.