The Sanlorenzo SD122 FX has won the prestigious international World Superyacht Awards as best semi-displacement or planning motor yacht 30m – 39m. The yacht was selected by a qualified panel of international judges composed by superyacht owners. 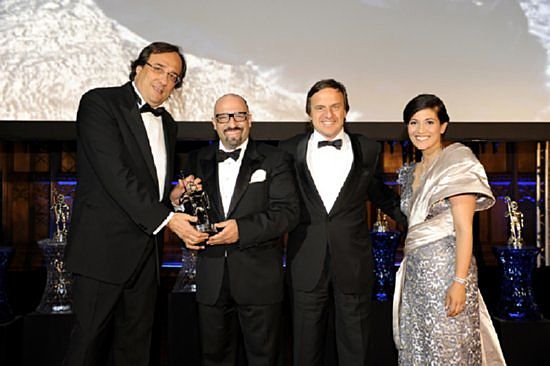 The award has was given in London on Saturday the 22nd of May 2010 – in front of many guests in the eminent Guidehall, an historic building which was London’s Town Hall for several centuries and today serves as the ceremonial and administrative palace of the City of London.

Sanlorenzo recently launched the third hull, while the fourth and the fifth hulls are in advanced stages of construction in the Viareggio yard and will be launched in the summer of 2011.