Sanlorenzo Yachts recently announced at the Fort Lauderdale International Boat Show that they have sold the second hull in their 460EXP series. 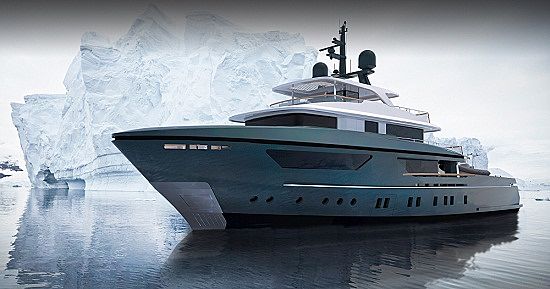 Designed for long range cruising, some of the key characteristics of the 42 metre explorer series include expansive volumes in comparison to her size, as well as reduced consumption for extended use and excellent sea keeping abilities. She has a reduced draught of 2.4 metres for coastal navigation, offering owners the opportunity to travel to rarely visited areas with safe access. Providing self sufficiency, she also has the ability of carrying a range of extra equipment, as well a wide variety of water toys.

Classified as Green Plus, she can remain in bay at anchor for 48 hours without switching on the generators, eliminating emissions, vibrations and noise. The first in the series was sold at the Monaco Yacht Show in September earlier this year, with the second hull being sold to an American client with delivery expected in 2015.

Superyacht of the Week: Sanlorenzo 460Exp