In the worst ever year for the world economy 2009 Sanlorenzo was able to limit its turnover reduction to a small negative 9%, corresponding to € 181 mln turnover compared to 2008 € 198 mln turnover. The lower profit was due to the depreciation of the trade-in boats that in 2009 was internationally estimated between 20 and 25%. 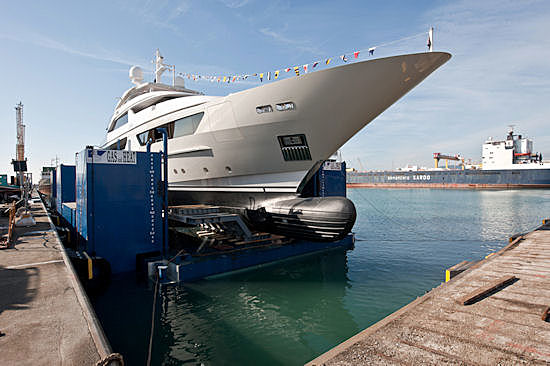 Sanlorenzo is currently in the process of delivering the third hull, and have started the construction of the fourth. The 46 Steel will be on display at Monaco Boat Show in September.