Sanlorenzo has announced the construction of its latest model, the 57Steel. At 56.7-metres and 1,000 GT, the 57Steel is the big sister of the builder’s popular 52Steel model. With double the interior volume compared to the 52Steel and five decks, the 57Steel offers more interior and exterior spaces.

As an evolution of the 52Steel, the 57Steel model has been developed by Sanlorenzo in collaboration with design studio, Zuccon International Project, featuring an alternative layout able to accommodate up-to 12 guests, as well as 12 crew. The layout has relocated the wheelhouse, typically situated forward of the upper deck, to a proper bridge deck, allowing for the accommodation of a 54 square-metre owner’s stateroom, complete with a private deck space. A full-beam VIP cabin, which can also be used as a second owner’s cabin, is situated on the main deck. 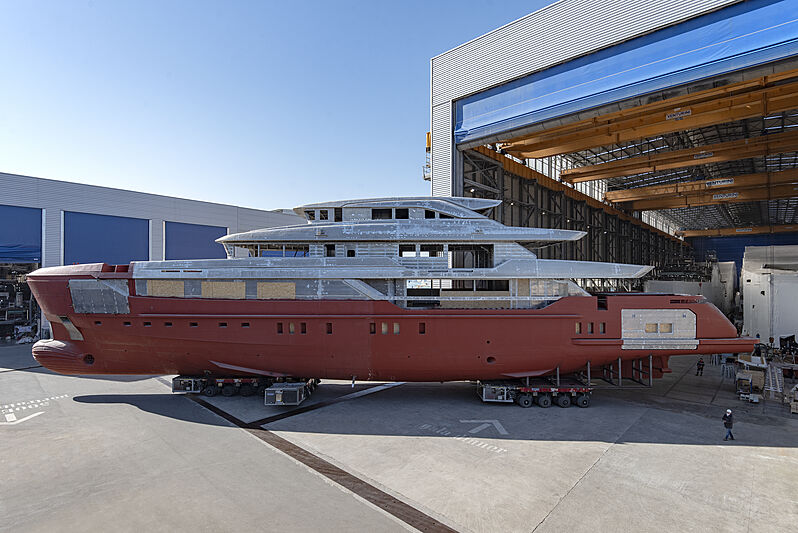 Designing a superyacht that has “versatility of use that distinguishes the spaces on board is a key element of the 57Steel, which makes it possible to satisfy the many requests of a diverse and multicultural market like that of superyachts” was central to the project, according to designer Bernardo Zuccon of Zuccon International Project. 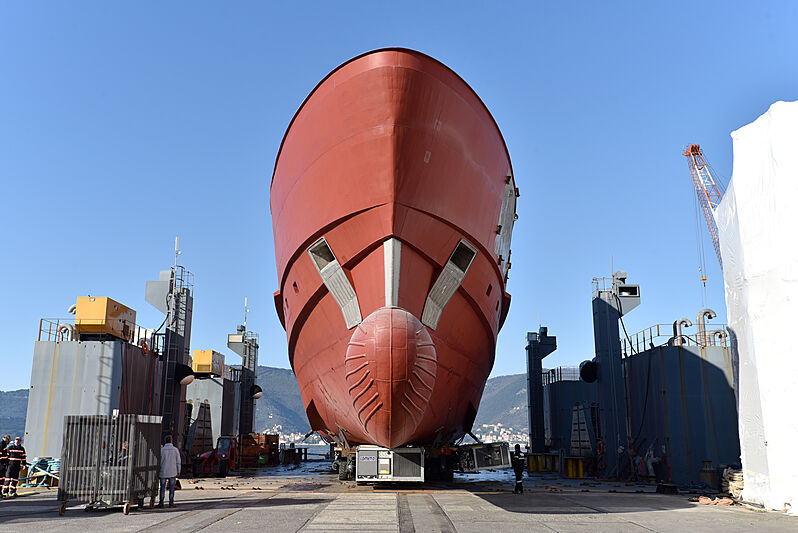 While the new model is an evolution of the smaller 52Steel model, the 57Steel does not stray completely from her roots but instead expands on her greatest elements. Her main deck stern includes the transparent, glass-bottom swimming pool that provides light to the 110 square-metre beach club below. A tender garage is situated at her bow and accommodates a 7.5-metre tender and toys. 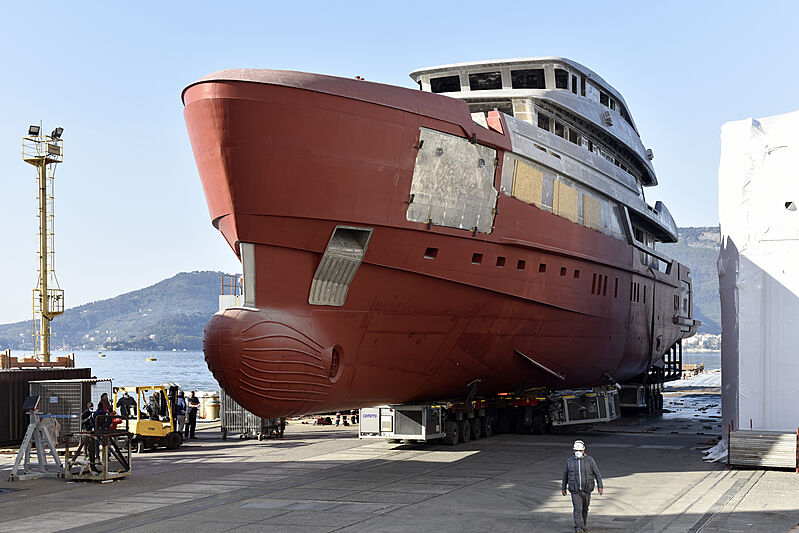 Performance-wise, the 57Steel can be equipped with a hybrid, diesel-electric engine system, as a nod to the industry’s trend towards more sustainable practices.