Sanlorenzo Yachts UK & Ireland have announced the sale of the first SX88 motor yacht to be based in the United Kingdom. First launched in 2017, the 26.7-metre motor yacht is part of the popular SX88 series. 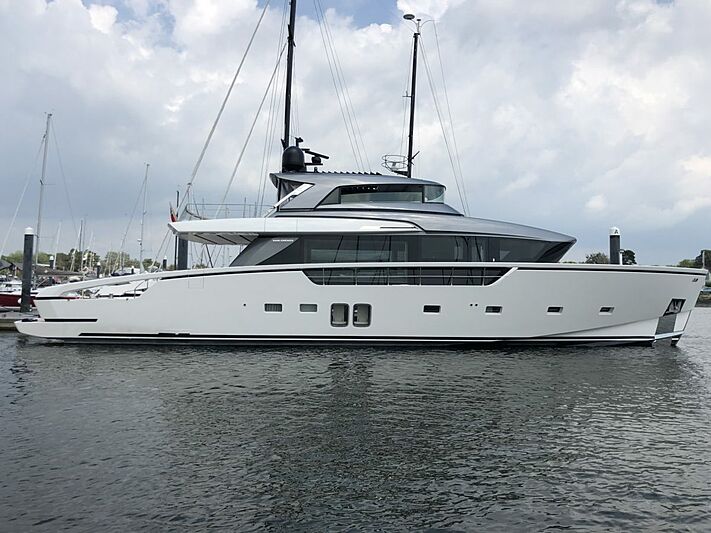 The SX88 features naval architecture by her builder, Sanlorenzo, while her exterior lines were penned by Officina Italiana Design, and her interiors come from the drawing boards of Lissoni Associati.

She can sleep up-to eight guests across her four staterooms, including one owner's suite, a VIP and two twins. The SX88 offers an expansive saloon with floor-to-ceiling windows to give panoramic views and plenty of natural light. A unique feature includes the removal of the helm station from the main deck, giving the owner the choice of multiple layouts and space. 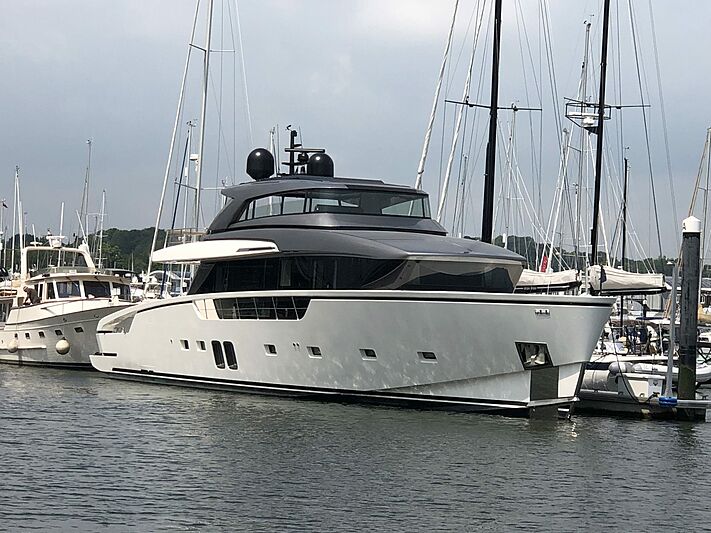 Her flybridge includes sunbathing loungers aft and a semi-al fresco dining space. Aft of her main deck is lounge seating, and from here guests can access her 30 square-metre beach club which holds her tenders and toys while under way.

Nick Hatfield, Sales Manager of Sanlorenzo UK, commented, “The first UK based Sanlorenzo SX88 has now arrived here where she will undergo her pre-delivery inspection before being handed over to her new owners, ready for a summer of cruising the south coast of the UK.” 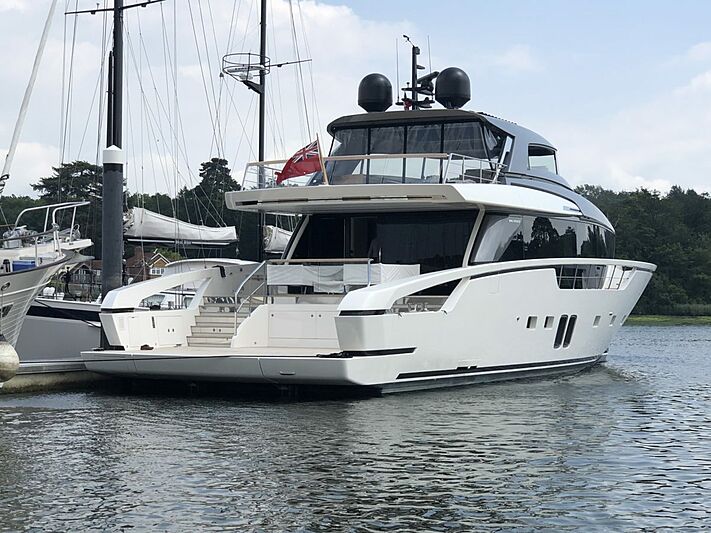 The SX88 is powered by triple Volvo Penta IPS 1050 diesel engines, giving her a top speed of 23 knots, and a fast cruising speed of 20 knots.