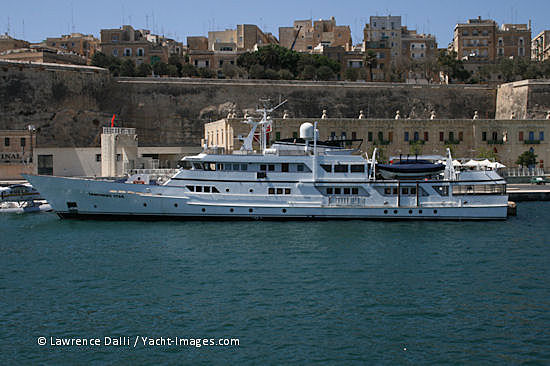 The 53 metre Sanssouci Star pictured at the Gun Wharf Platform in Malta on 17 August 2008. Sanssouci Star was built by the Husumer Shipyard in 1982. For many years Sanssouci Star cruised in Northern Germany and in the Baltic, but since she was sold in 2006 she has been cruising in the Mediterranean.