Early March the 43m Berzinc was launched from Scheepswerf Balk in Urk. After almost 2 years in the building shed she will soon set sail to Turkey were the last details of her refit, or better to say rebuilding, will be completed.

In the Autumn of 2004 Berzinc arrived at Scheepswerf Balk from Genoa, Italy. Before being renamed by her current owner she was named Maxime Z and she was laid up along the Italian coast and her future didn’t looked too bright until her current owner bought her.

After arrival in Urk she was dry-docked and completely stripped. Navirex of Genoa redesigned her profile and three meters were added to her stern to house a new swimming platform. Also the superstructure the fly and sun deck were lengthened for more space.

The following photos were provided by Fred Meijer who took these photos on the 4th of May in Den Helder. 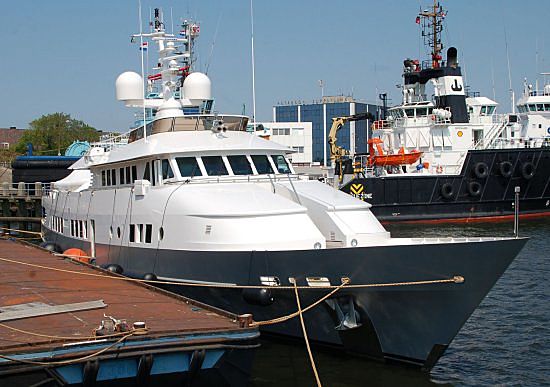 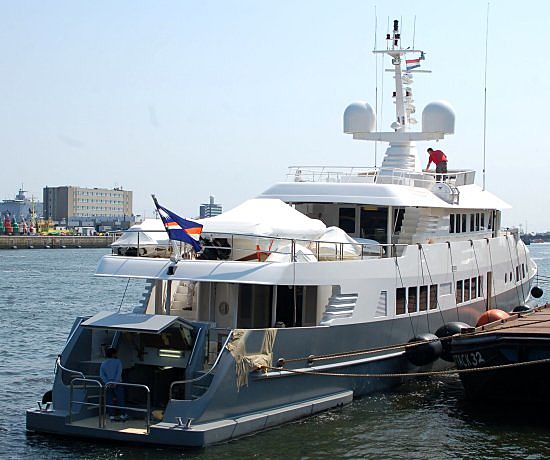