Home to some of the most staggeringly beautiful landscapes in the world, Scotland is a must-visit for those seeking adventure. From towering mountains to mythical lochs and dense woodlands to golden beaches, this windswept paradise has it all.

However, you could be forgiven for never thinking about putting Scotland at the top of your charter wish list. With tropical climes the usual number one priority when planning a voyage, it’s easy to default to the familiarity of the Mediterranean or the Caribbean. But this is a serious oversight. Scotland has some of the most beautiful beaches in the world (just ask Lonely Planet) and the most breathtaking craggy landscapes. It’s steeped in history, boasts abundant wildlife and is an ecological marvel. Sure, you’ll definitely need to pack a rain mac, but no one goes to the Highlands to sunbathe – they go for adventure. 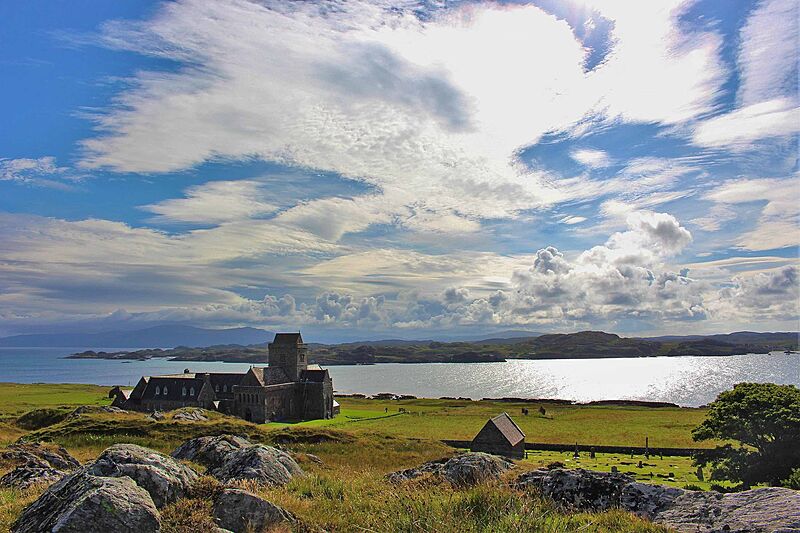 Photo: Caroline HallBut where to begin? In order to uncover Scotland's best off-the-beaten-path charter spots, we spoke with the British owner of an exquisitely preserved yacht built in the UK in 1928, Fair Lady. The 36.9-metre monohull yacht spends life berthed on the rugged northern coasts - and so her owner knows a thing or two about what not to miss on a Scottish charter. “Scotland is one of the most beautiful countries in the world,” he tells us. 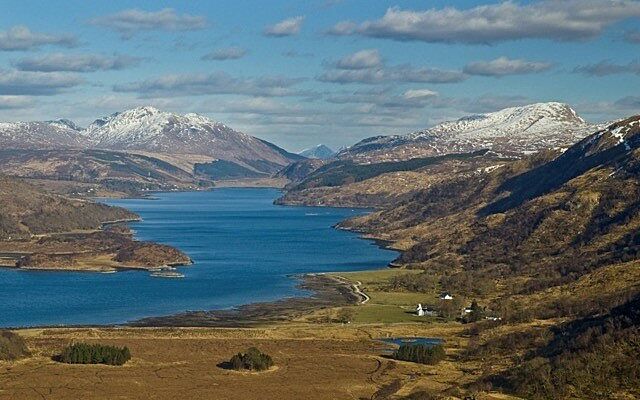 Photo: Burgess“There are all the different islands, the castles, the distilleries, the hiking, and the beautiful bays,” Fair Lady’s owner enthuses. “People tend to go to the same place year after year, but often when you berth in a beautiful bay for the evening and wake up in a caravan park surrounded by 50 other boats, you think, ‘Where the hell did all you lot come from? We are on holiday trying to get some space!’ Part of Scotland’s charm is the fact there’s no one else here – we’ve been self-isolating in Scotland for years!” 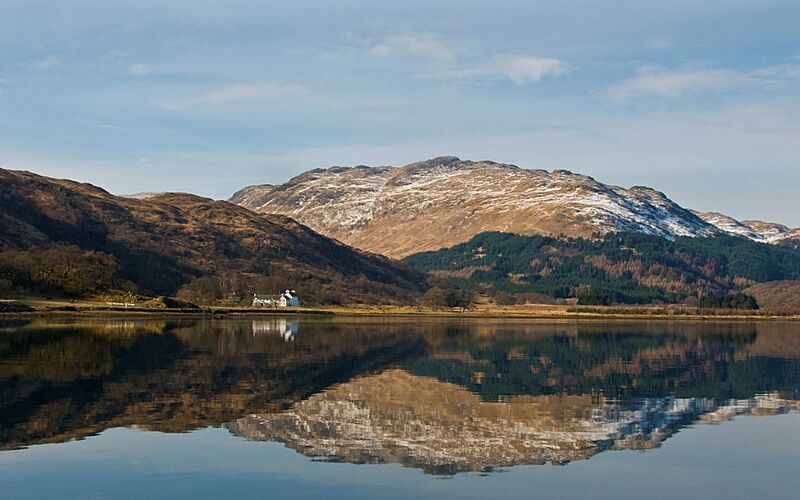 Photo: BurgessHere are five of the best destinations to charter Scotland

Known as ‘the cradle of Christianity’ in Scotland, the Isle of Iona is situated off the southwest coast of Mull in the Inner Hebrides. Only 1.5 miles wide by three miles long, Iona’s 120 permanent residents live a peaceful life that has understandably won the hearts of visitors from all over the world. After time spent on the beautiful sandy beaches, step back in time at Iona Abbey. Founded by St Columba in 563, it survived several Viking attacks before becoming home to a community of Benedictine monks in 1200.

Spotting puffins and seals is the highlight of any trip to the Treshnish Isles. An archipelago of eight small islands, the area is designated a ‘Site of Special Scientific Interest due to its ecological rarity, abundance of wildlife, and the importance of its location as a breeding ground for rare seabirds (including the aforementioned puffins). The beauty and remoteness of the area adds to its uniqueness, as do the mysterious ‘duns’ (towns) of possible Iron Age origin. 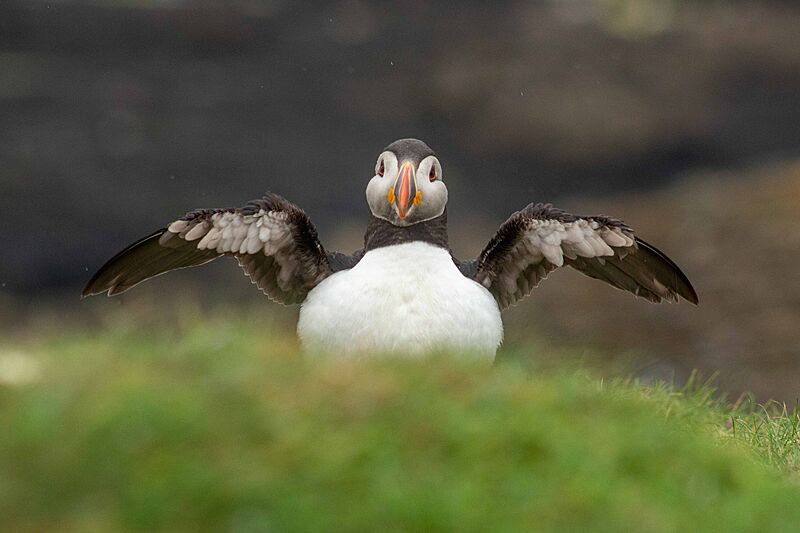 One of the most dramatic anchorages in Scotland, Loch Scavaig, found on the southern point of the Isle of Skye, it looks almost otherworldly – a landscape from a fantasy film. With the water enclosed on all sides by slopes of mottled granite, it’s the perfect place for a bracing hill walk, with the magnificent views across the Loch a well-deserved reward. It’s also a short sail from the Talisker Distillery, set on the shores of Loch Harport,  it’s the oldest on the Isle of Skye and the perfect place to sample world-renowned Scottish whiskey. 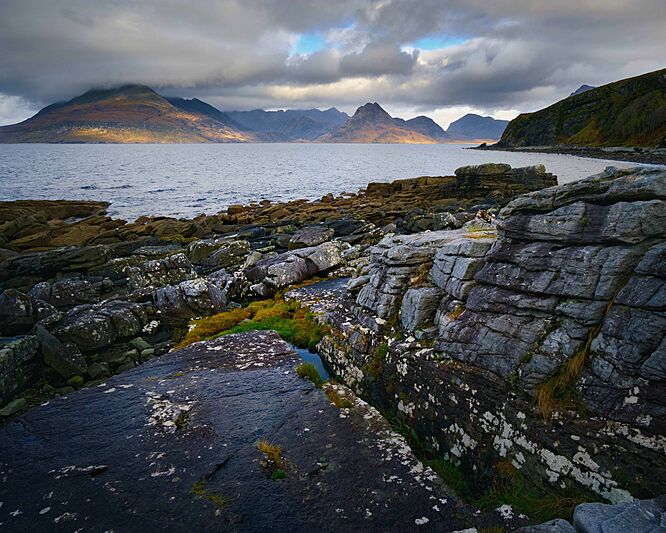 Experience one of the most iconic images of Scotland in person with a trip to Eilean Donan. The 13th- century castle is situated on an island at the meeting point of three great lochs and is one of the most important attractions in the Highlands. Having been abandoned for the best part of 200 years, the breathtaking site visitors enjoy today is all thanks to Lt Colonel John Macrae-Gilstrap who, having bought the island in 1911, dedicated 20 years of his life to restoring the castle to its former glory. 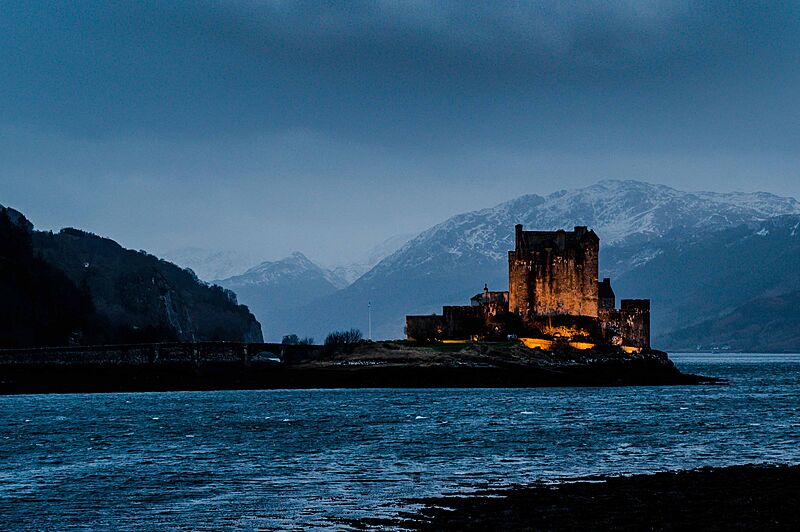 The Hebridean Isle of Eigg is perfect for birdwatching, kayaking and enjoying a leisurely lunch before heading off to the sheltered waters of Loch Drumbuie, one of the best yachting anchorages in Scotland. There, visitors should kayak across the calm waters into the postcard-worthy sunset, all the while being on the look out for the playful dolphins who sometimes visit. Don’t forget to ask the crew if they know the spot on the south shore where boat names are traditionally spelled out in white stones or shells on the beach. 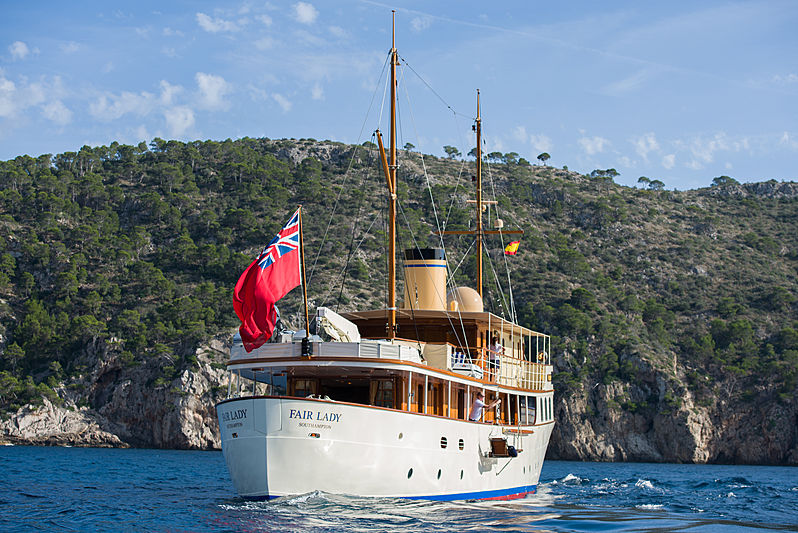 Photo: BurgessIf the above charter tickles your fancy, what better way to discover all of this than on board a 1928-built motor yacht – an authentic piece of history in and of itself? 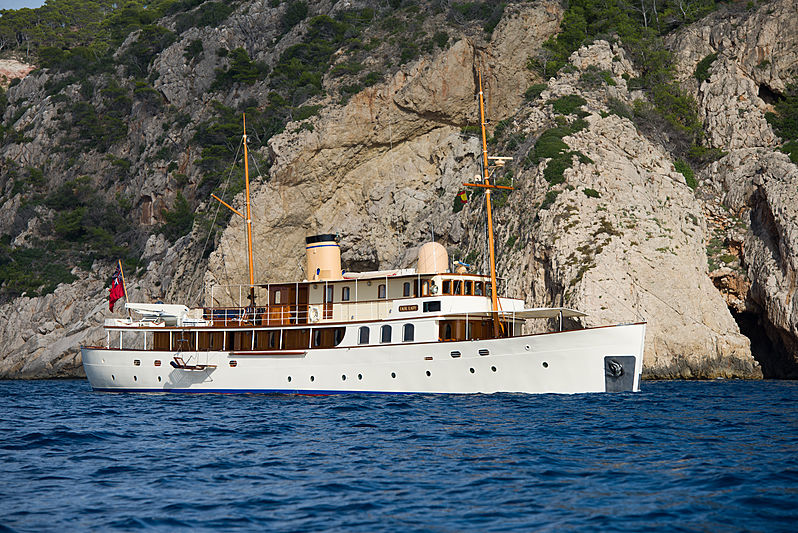 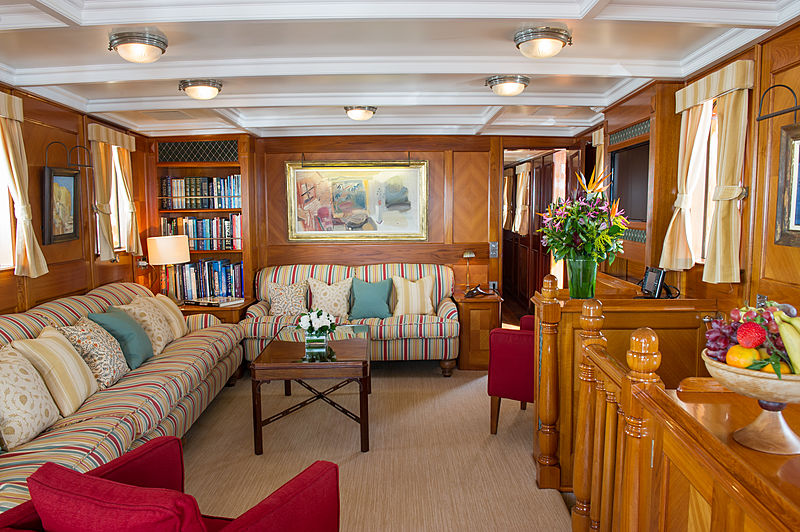 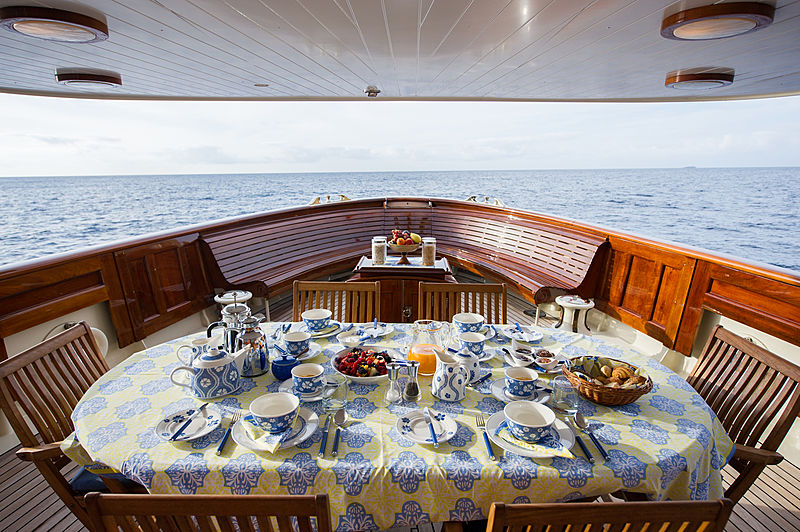 “Fair Lady is unique,” her owner says. “I’m into vintage cars – I am lucky to have travelled the world in a 1920s Bentley – so have always had this dream of doing the same on a vintage boat. When I saw Fair Lady it was a no-brainer. She oozes glamour, she oozes style, she oozes quality. It’s the architecture, the brass, the wood – it’s the touch and feel. It’s like walking into a time warp. Everything is the same as it was: the table, the chairs, the marquetry. She’s the most beautiful thing you’ve ever seen.”

Interview: Fair Lady's owner on the joys of chartering his classic Scottish yacht

Travel: Let loose in Greenland with the 73m Planet Nine