Electrical engineering firm SeaKing Electrical is making waves in the superyacht market after landing two major contracts and scooping a major award. The firm, which has offices in Birkenhead and Aberdeen, has recently completed work on one of the world’s top 100 super yachts Kogo. This involved a four month dry dock project in La Ciotat, South France where SeaKing worked as a contractor to marine consultant Svitzer. 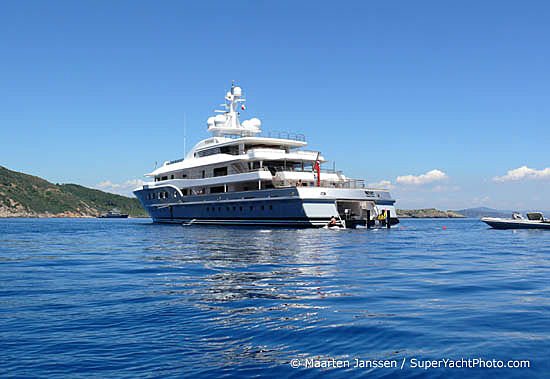 SeaKing Group Business Development Manager Neil Mellenchip said the contract was such a success that Svitzer gave it an achievement award for electrical maintenance.

“This was a terrific contract to work on which really showcased the range of services we offer the super yacht sector, which is a key growth sector for us,” he said. “We sent six marine technicians to work on the Kogo upgrade which was a complex and demanding job. Work included the installation of helicopter landing lights, earth monitoring systems as well as CCTV, WIFI and alarm networks. Other new equipment installed included an advanced DALI lighting system and a Bridge Navigational Watch Alarm System. We were also responsible for upgrading the on board Crestron control, media distribution and entertainment network with a brand new KNX system. Further work saw modifications to guest cabins, bridge wings, air compressors, the air handling plant and the ships lift. In addition SeaKing was responsible for the calibration of the ships combinators.”

Mr Mellenchip said SeaKing is also due to work on board the super yacht Solemar. He said the firm has already undertaken fire detection system survey work and is due to start the refit in Antibes, South France, in April.

“The complexity of super yacht equipment is increasing each year,” he said. “It is vital that any electrical technicians involved with this sort of work have a thorough and complete understanding of product application and the installation process. We adapt quickly to any new advances and we ensure our technicians receive the highest standards of training to carry out the work with speed and efficiency.”