Denison Yacht Sales is on the search for a buyer of the 26.21 metre superyacht City. Built in 1964 by the renowned Feadship shipyard in the Netherlands, she has enjoyed several names over the past 60 years, including Anoatok; Intent; Katuna; Joanna; Tyki; Dale R and Seawings, and was originally launched as Exact. 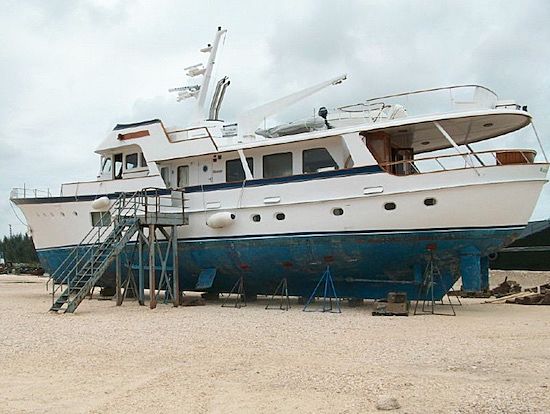 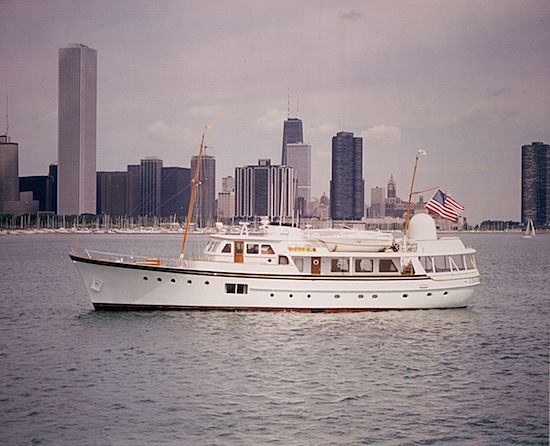 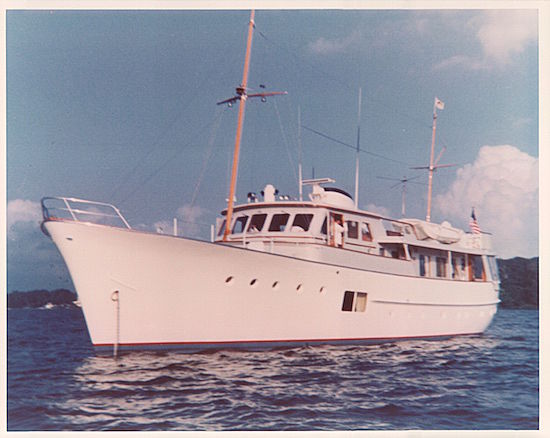 City has a long history, and was originally commissioned by Joseph Burr Bartram. In an interview published in Yachting Magazine in 1965, Bartram speaks of the then brand new vessel, stating, “We have had boats for racing, for cruising and for fishing, and this time, frankly, we wanted a boat for comfortable spectating at the America's Cup trials and other races that would also be a good cruising boat. This meant she should be comfortable to live aboard for long periods, have good visibility from anywhere on deck, be a good sea boat, and be easy to handle and maneuver. She has really worked out very well in all these demands, and we are very pleased with her." 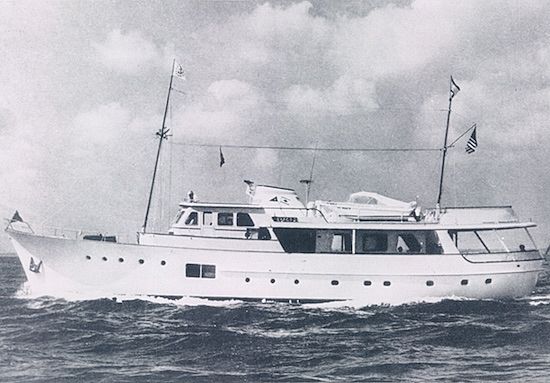 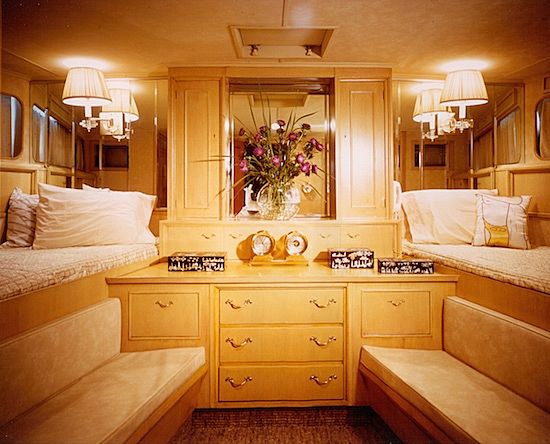 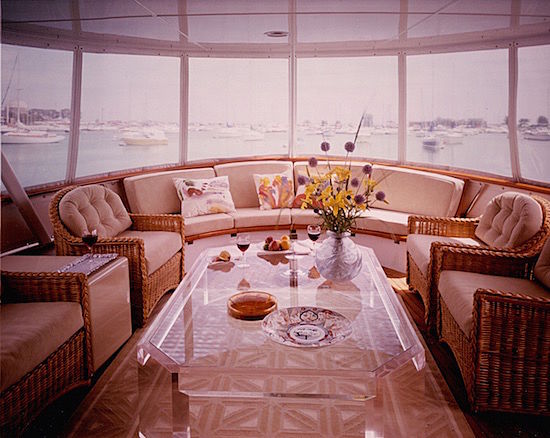 She features original naval architecture and exterior design by De Voogt Naval Architects, and has been constructed with a steel hull and aluminium superstructure. On board she currently accommodates up to eight guests over a four cabin layout consisting of a large master suite, two double cabins and a twin cabin. A crew of three are also accommodated for. Performance wise she is powered by twin Detroit Diesel 8V71N 375 hp diesel engines, giving her a top speed of 12 knots and a cruising speed of 11 knots. 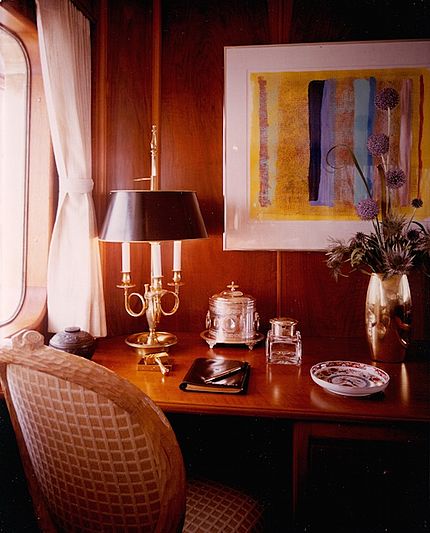 Since her launch, she was named Anoatok, and was owned by the same family for 22 years, who cruised extensively throughout the Caribbean. Today, she has sadly fallen into a state of disrepair. Currently all of the carpeting has been removed and some cabinetry and floorboards in the lower cabins are up to access the inside hull plating for inspection. It has been estimated that at least 1/3 of the bottom needs re-plating. The bow area in particular needs a major amount of frames and plate work, and the hull will need to be partially restored on location so she can float and be transported to a facility for refit 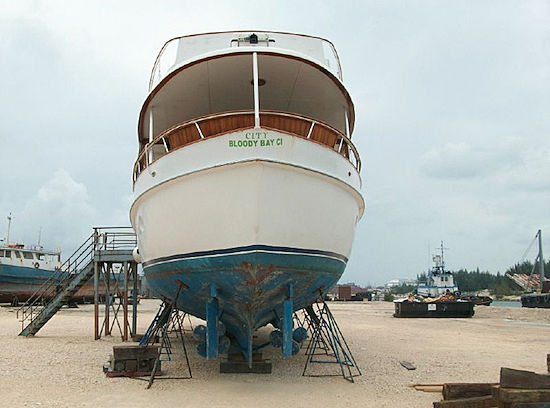 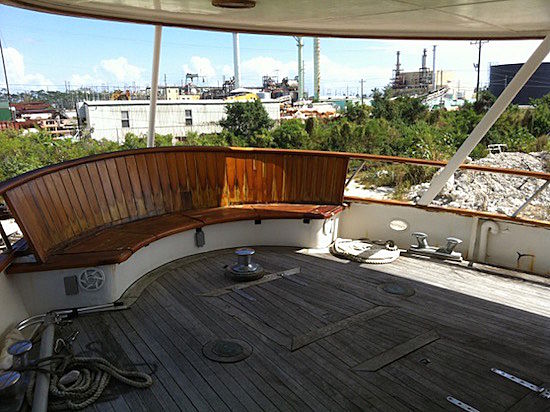 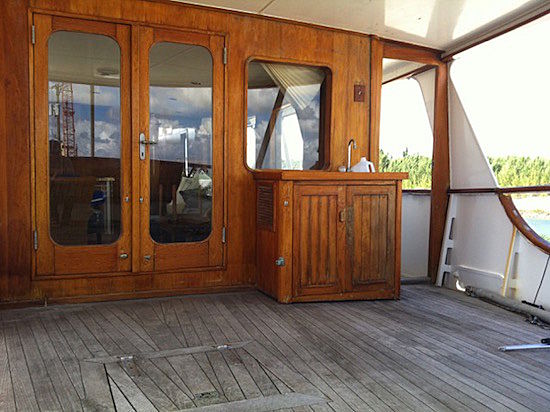 The deck is also in need of replacement and water has leaked within forward in the dining room and crew areas. This is a mechanically sound vessel having regular maintenance but she requires some attention to the hull plating and pipe work as would be expected in a vessel of this vintage. 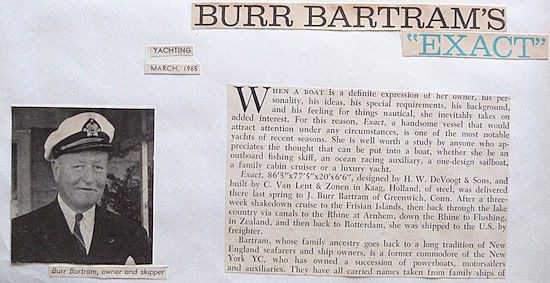 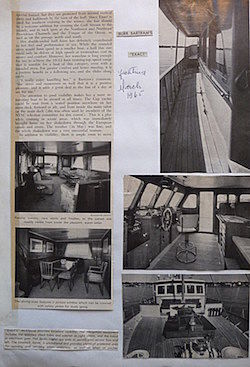 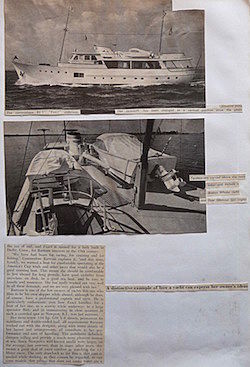 She is currently located in Bradford Marine’s Freeport, Bahamas Shipyard on the hard, and is listed at an asking price is $200,000. She is need of a complete and extensive refit, that may be closer to a rebuild, yacht broker Alex Clarke tells SYT, but a great opportunity to restore a quality Feadship vessel to her former glory. 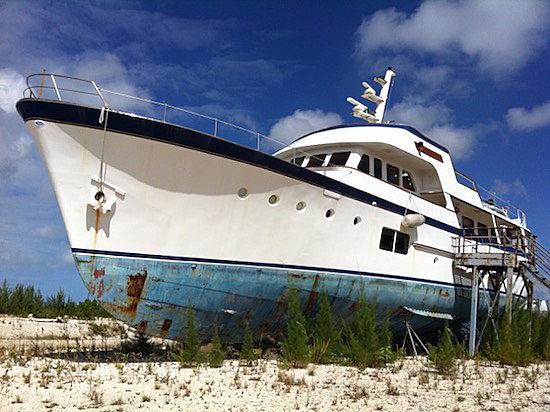