All set for the sixth year of Seatec, the International Exhibition of technologies and subcontracting for boat and ship builders organized by CarraraFiere to be held in Marina di Carrara from 7 to 9 February 2008. Technology, accessories, components, port equipment and sailing equipment, marine engines, composite materials, design and engineering. These are the key areas of the exhibition, that has become a member of the IFBSO association and that, thanks to its success over the years, will be even bigger in 2008 with various new events on the agenda. 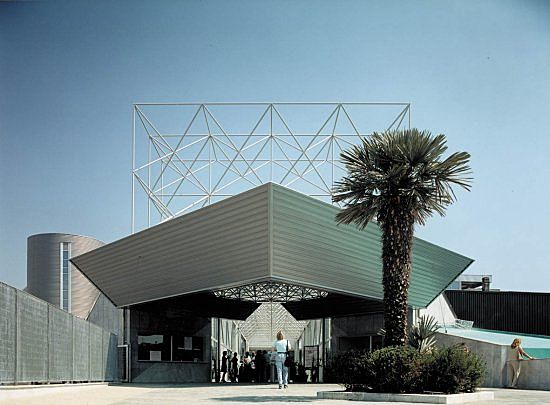 Seatec, the International Exhibition of technologies and subcontracting for boat and shipbuilders will be back from 7 to 9 February 2008. Now in its sixth year, the exhibition continues to grow both in terms of exhibitors (with a 20% increase expected for 2008) and visitors (10.000 expected for 2008), and the area it covers – which will be 30.000 square meters in 2008 (20% more compared to 2007).

Seatec, the only one of its kind in Italy, has established itself on an international level as a reference point for the industry and in only five years has quadrupled the number of exhibitors, from 150 in 2003 to 628 in 2007. The organising staff work constantly to understand and anticipate industry requirements and this is reflected in the increasing success of the event over the past few years and 2008 will be bringing still further new elements.

In addition to the increase in the exhibition area and the increasing attention to the side events – conferences, competitions, workshops and lessons – in 2008 Seatec will be hosting two new areas within the fair.

These include an area for ports – from their layout to infrastructures, from handling equipment to port services – and an area for sailing equipment – from technical clothing to ropes, from awnings to masts and sails to services.

Upon request of exhibitors from 2007, this year SEATEC has created a special area for 2008 set aside for marine engines. However, the area “technology, accessories and services” which also includes the Media Island for the press (magazines, TV channels, cameramen and photographers) and the “Composites Island”, for producers of composite materials and machinery for their processing will continue to be the main areas at Seatec 2008 with new products shown throughout the three days of the exhibition.

Design will also be a strong feature of the exhibition. Hall D will be entirely set aside for design solutions with the Abitare il mare area for companies representing excellence in the serial production of furnishings and the area “Project & Engineering”. The latter will show projects from design offices with special attention to engineering which is a crucial moment in the designing of a boat. There will also be many conferences and design competitions: the MYDA - Millennium Yacht Design Award, which will be given to the most innovative yacht, the Furniture Design Award, a competition for the furnishing of the living spaces on board, “Abitare la barca”, for university students for the design of living spaces and the prestigious “Targa Bonetto”, for students all over the world wishing to compete in the areas of technological innovation and infrastructures.

Among the events organized during Seatec 2008, thanks to great demand the Yacht Engineering Forum (YEF) will be returning. This is a forum for nautical engineering and design first held in 2007 which met with great success due to its focus on fundamental issues in nautical design.

Much interest was also shown in the Qualitec Award, now in its fifth year, which goes to the most innovative product or service on show at the exhibition.