Seatec, the International Exhibition of technologies and subcontracting for boat and ship builders, organised by CarraraFiere, is gaining ever more recognition on an international scale. Following its important inclusion in the IFBSO, the International Federation of Boat Show Organizers (International Federation of Boat Show Organizers), Seatec has recently struck a worthwhile Media Partnership with European Boatbuilder and the US association NMMA (National Marine Manufacturer Association) will be an exhibitor for the first time together with the IMCI, International Marine Certification Institute. 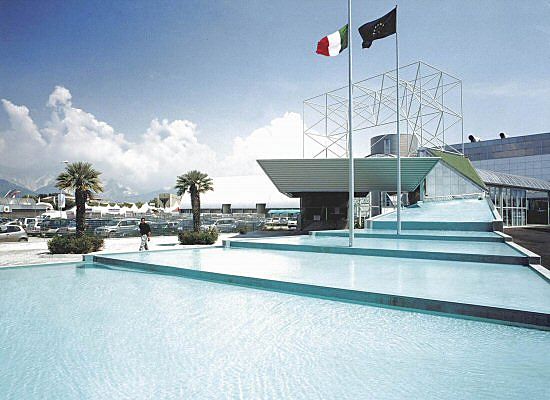 Seatec has successfully reached its sixth year, with increasing support and continuous regard from partners and organisations on an international scale.

After its official inclusion in April in the IFBSO – the International Federation of Boat Shows which now has 51 members from 27 countries and only represents quality events, Seatec has recently signed a useful Media Partnership with European Boatbuilder, a technical publication on shipbuilding considered to be one of the leading authorities in the boat industry on an international level.

Seatec is continuously growing as a quality showcase for the world of boat and ship building. This is why an increasing number of international organisations are choosing to take part in the event. In 2008 for the first time its exhibitors will include the US association NMMA (National Marine Manufacturer Association) that represents the main builders of marine motors from the US. The association will be exhibiting together with the International Marine Certification Institute (IMCI), a non-profit organization based in Europe for the certification of accessories and boats.