The Overmarine Group has announced that the second unit of the 31.8-metre Mangusta 104 REV series has been sold to an experienced American owner. The first unit of the series is currently on display at the Cannes Yachting Festival. 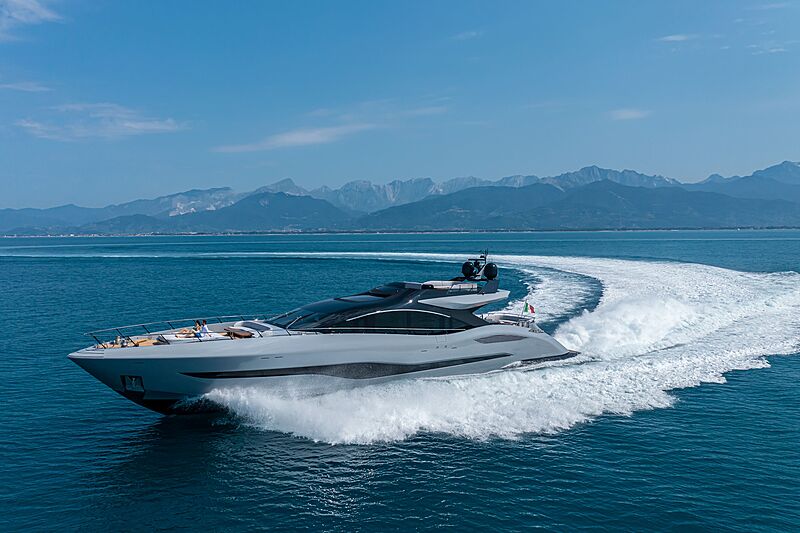 Stefano Arlunno, President of Mangusta Americas, oversaw the sale and remarked, “2021 is a very eventful year for the Mangusta brand and the American market. The new models, particularly those in the Mangusta REV open new era, are widely appreciated among US clients.”

The Mangusta 104 REV features both an interior and exterior design from Lobanov Design, while her naval architecture was completed by the Overmarine Group. Glass was used extensively, allowing for ample natural light to flood her interior. Her main saloon is home to a spacious lounge area with full-height windows and a dining space is situated on her aft deck. She accommodates as many as 10 guests across four staterooms, including a full-beam master suite.

At the yacht’s transom, she houses a garage which can store a tender of up-to 5-metres as well as a Jet Ski. A large sunbathing area is found on the foredeck, which features sunbeds, a sofa, and two tables. Her 29 square-metre sundeck has a barbecue, bar, and U-shaped seating area.

Performance-wise, the Mangusta 104 REV is equipped with two MTU 16V 2000 M96L diesel engines which propel her to a maximum speed of 35 knots. She has a range of 370 nautical miles while cruising at 25 knots.

The second unit of the series will be delivered to her owner in May 2022, who plans to cruise in Florida, the British Virgin Islands, and the American Great Lakes.

The photo used above is of a sistership and is for demonstrative purposes only.