The 2nd edition of the Abu Dhabi Yacht Show (ADYS), the Middle East’s only annual exhibition devoted to the superyacht and megayacht sectors, is to be staged at the spectacular Yas Marina, which was the glittering backdrop to this year’s inaugural Formula 1™Etihad Airways Abu Dhabi Grand Prix. 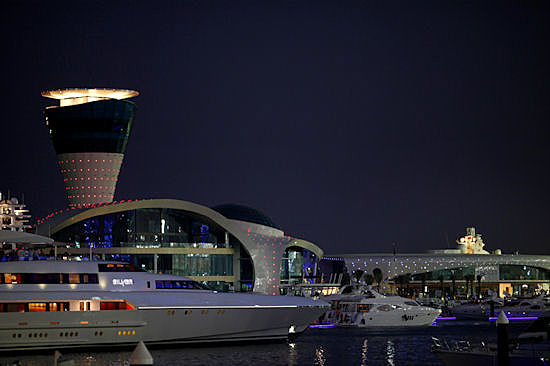 “With only several months remaining until the second Abu Dhabi Yacht Show, news that this elite event will move to the magnificent Yas Marina, on Yas Island, will allow us to showcase the truly world-class leisure marine infrastructure now being developed throughout our emirate. Yas Island is an apt host for the show as it will eventually house multiple marinas,” said His Excellency Sheikh Sultan Bin Tahnoon Al Nahyan, Chairman, Abu Dhabi Tourism Authority (ADTA), headline sponsor of Abu Dhabi Yacht Show and Chairman of ADNEC.

The move to Yas Marina, which has deep berthing facilities and significant available berthing slots, was prompted by a need for a vastly expanded dockside venue that can accommodate a bigger edition of the ADYS.

Dailles has confirmed that the new venue is more than adequately equipped to cope with the increased number of exhibitors and yacht entries the 2010 show, which will run from February 25-27, has attracted.

“In addition, having considerably enhanced the show’s programme, we believe Yas Marina’s first-class amenities and facilities will create an inspirational atmosphere to promote meetings, negotiations and overall interaction between exhibition guests, exhibitors, visitors and potential buyers.” 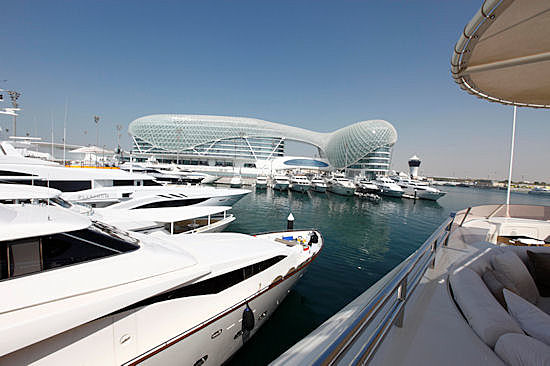 Many around the world are now familiar with Yas Marina from the breathtaking television shots and stills photography which circulated globally during the highly successful inaugural Formula 1™ Etihad Airways Abu Dhabi Grand Prix.

“The images of fabulous yachts, from which owners, charterers and their guests enjoyed the race action, left lasting, and emphatic impressions and did much to assist the emirate’s superyacht hub aspirations. The fleet of superyachts expected to attend the yacht show will no doubt realise an equally inspiring vista and again provide a visual image of an international maritime destination in the making,” Al Nahyan said.

Yas Island is one of the most highly-prized projects within the portfolio of Aldar Properties, one of Abu Dhabi’s leading developers. Located strategically off the city of Abu Dhabi, Yas Island is within driving distance of the capital and nearby Dubai, and will feature numerous leisure and recreation attractions, such as a racing circuit, signature hotels, theme parks, marinas, and a golf course, among other world-class facilities.

Covering 115,000 square metres, Yas Marina has 143 berths and can house vessels from 15 metres to 75 metres. Even larger boats – those upwards of 130metres – can be berthed in facilities alongside Yas Yacht Club, outside the Marina.

Yas Marina welcomed its first vessel – the Royal Yacht, MY Rabdan – in October, which dropped anchor a few weeks prior to the first Formula 1TM Etihad Airways Abu Dhabi Grand Prix. The marina hosted an impressive flotilla of superyachts at the start of November during the motor racing extravaganza and received an exceptionally positive response to its outstanding facilities.

“This year, we have also revised the show’s layout to ensure all exhibitors have a waterfront presence, a format that will put the spotlight even more on the true stars of the show – the stunning super and megayachts that will be anchored at Yas Marina exclusively for the event,” added Dailles.