After having joined the hull and superstructure of their second 48 metre superyacht project earlier this month, Bilgin Yachts have transported the Bilgin 156 superyacht that is destined to be completed in 2017. The project has arrived at their shipyard in Küçükçekmece, Turkey for finishing of the hull and superstructure and outfitting of the vessel. 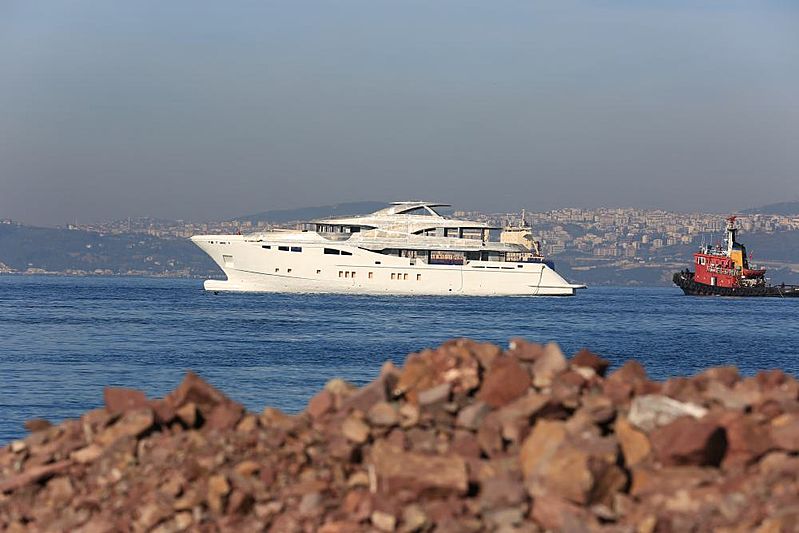 The yacht’s interior is designed by H2 Yacht Design and will remain below the 500GT mark. The second hull is designed with a larger and more spacious four-cabin layout, as apposed to the five-cabin arrangement found on hull number one. This project is also likely to feature a touch-and-go helicopter pad on the upper deck aft unlike the first project.

Hull number one of the Bilgin 156 series is expected to be delivered later this year.