SuperYacht Company is proud to announce that the second quarterly edition of the SuperYacht Times newspaper has today been published. 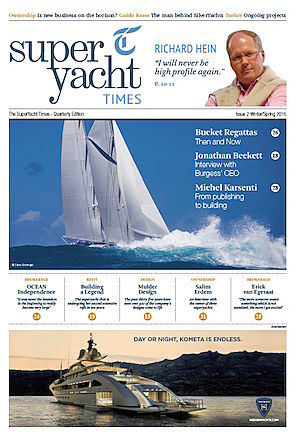 The winter/spring issue of the publication continues to present the most relevant and compelling news articles from all aspects of the industry as seen in the inaugural edition published in Autumn 2014, starting with an info-graphic of the 2014 new-build market.

In addition to bringing readers up to date and beautifully presented news and information, SuperYacht Times has also put together a range of exclusive features, articles and interviews accompanied by crisp photography. These include an interview with Richard Hein, who reveals to SYT how after selling Oceanco back in 2002, he decided to step back and explore the world before going on to form Vega Yachts in 2005. Now the head of three superyacht companies - The A Group, Vega Yachts and 360 Yachts - Hein goes on to discuss the potential of green superyachting and what the future holds for him.

Amongst the many significant names also interviewed include Jonathan Beckett, the CEO of Burgess, who details the intriguing history of the world famous company now entering its 40th year of business, as well as explains how the Brokerage company came out on top following the financial crisis.

Just some of the further unique features this quarter include a closer look at the renowned Dutch designers, Mulder Design, by SYT Editor Maarten Janssen, a detailed exploration to ongoing projects in Turkey following Merijn de Waard’s recent visits to many of the country’s shipyards, as well as a feature on the iconic superyacht, Legend, who is currently undertaking her second extensive refit in a decade. 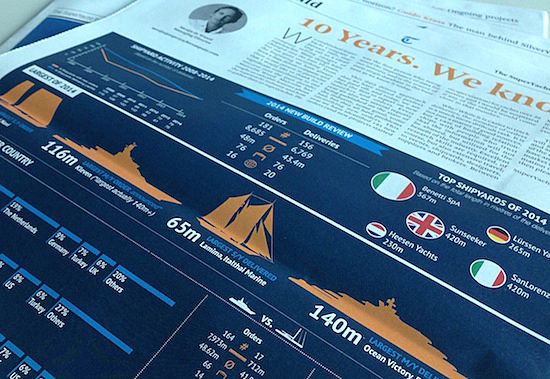 First published in summer/autumn 2014, SuperYacht Company have made another high quality addition to their varied range of sources of news, information, photographs and easily accessible data in the superyacht industry, and look forward to the successful continuous publication of the newspaper every quarter.

To receive your copy subscribe now to The SuperYacht Times.