An illustrious 55-metre motor yacht concept has been unveiled which showcases the strength of design and detailed penmanship to come from freelance yacht designer Abdulbaki Şenol’s studio. 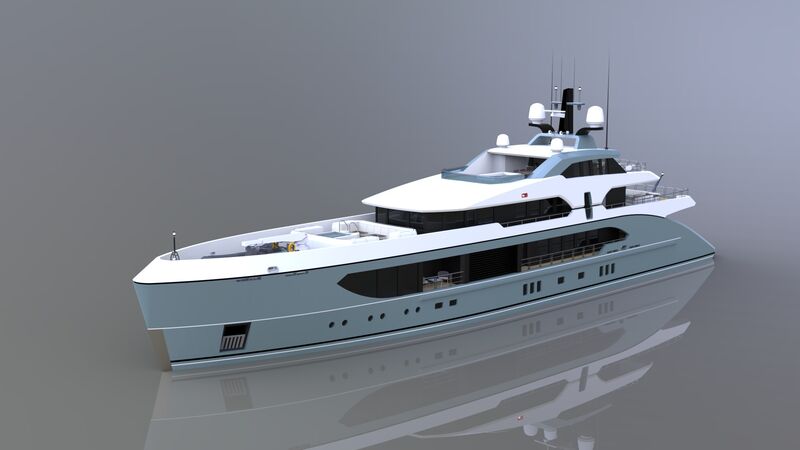 This concept’s exterior styling radiates class, sophistication, thanks to her taut sinewy lines and a poise fit for a gala. She has been penned in a light chromatic blue that contrasts perfectly against her block-white detailing. 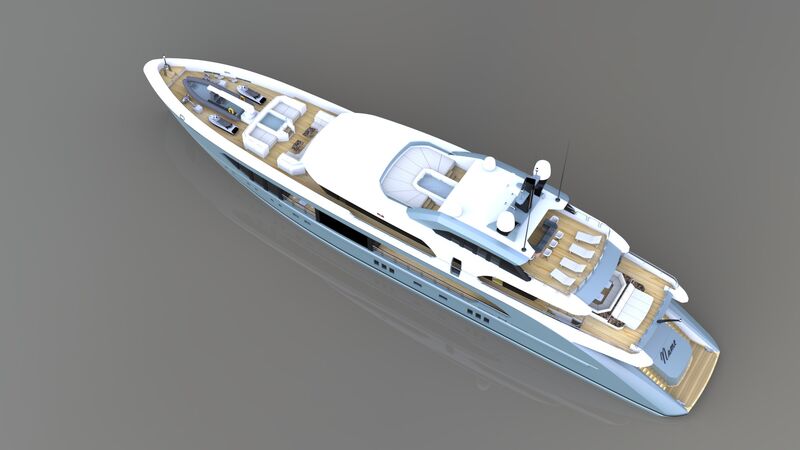 With a 9.5-metre beam intersecting her 55-metre length, this all-new concept offers plenty of space both indoors and ondeck for up to 12 guests to enjoy. Her stand out features include a whirlpool situated on her sundeck, a pool to bow, and cascading al fresco dining areas to aft. 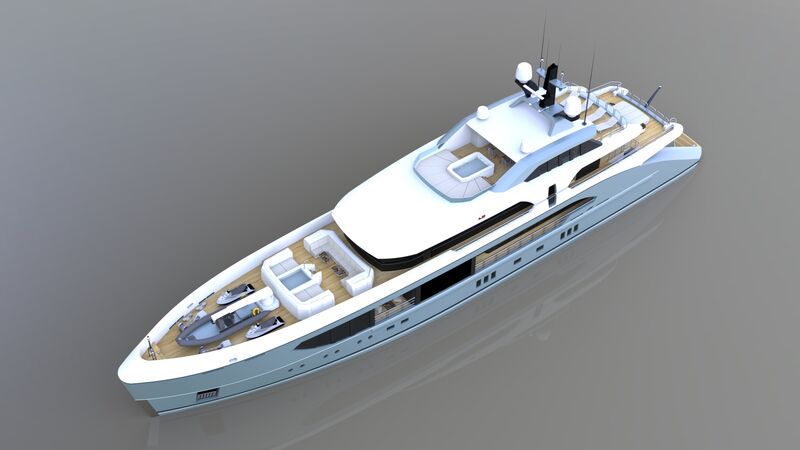 Inside her charm remains undeterred, and Şenol has optimised her interior spaces by equipping her with large retractable windows that fill her with natural light. She has five staterooms: one master suite, situated on the ground floor fitted with a private balcony on both pier and starboard sides of the yacht. Her other four staterooms comprise of two double suites and two twin suites, all of which are located on the lower deck. 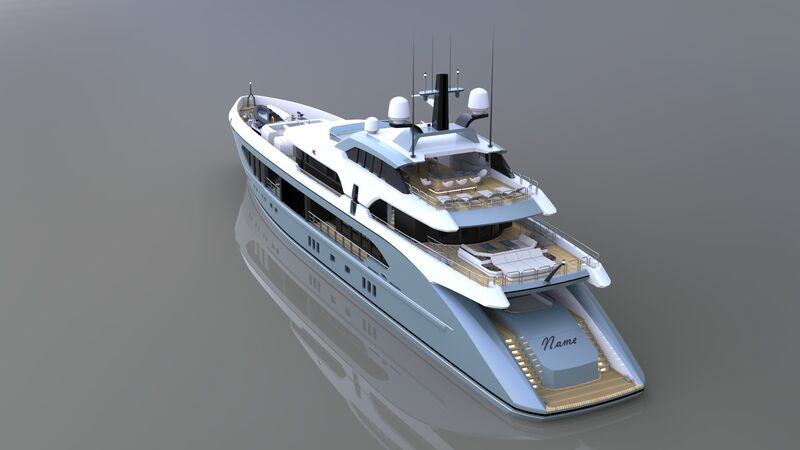 This all-new concept will be managed by 13 crew members, and will be equipped with twin hybrid engines that have been designed to not only reduce emissions, but will also reduce noise and vibrations. These engines will be powerful enough to propel her to a cruising speed of 13 knots and a top speed of 17 knots.