The J Class Association has announced outline plans for a series of spectacular regattas in England during 2012 - the Olympic Year. This will be the first time in history that more than four of these imposing yachts will race together in a fleet. The outline plan has received a positive response from J Class owners and event planning is now proceeding. Many yachts in the fleet are now preparing to be on the start line for these 2012 events. 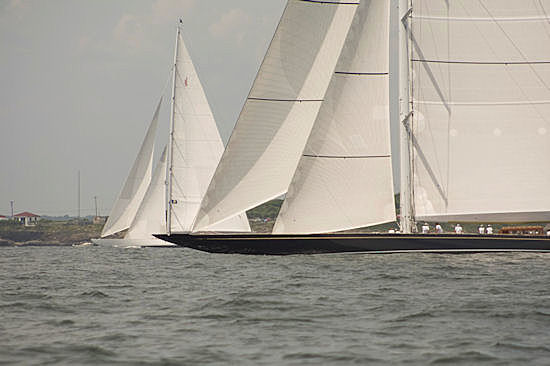 This J Class event will attract many thousands of spectators. There are numerous headlands and vantage points close to the race courses for viewing this spectacular fleet.

The potential exists to have up to nine J Class yachts completed in time for the regatta. They include:
Shamrock V
Velsheda
Endeavour
Ranger
Hanuman
Lionheart
Rainbow
Svea
Atlantis

Just 10 yachts were constructed, six in the USA and four in England. There were other designs produced but not built. During this period there were never more than four J yachts racing together. Only three originals survived the Second World War - Shamrock V, Endeavour and Velsheda. They rested and rotted in mud berths, until their rebuild and rebirth as 21st Century racing superyachts. 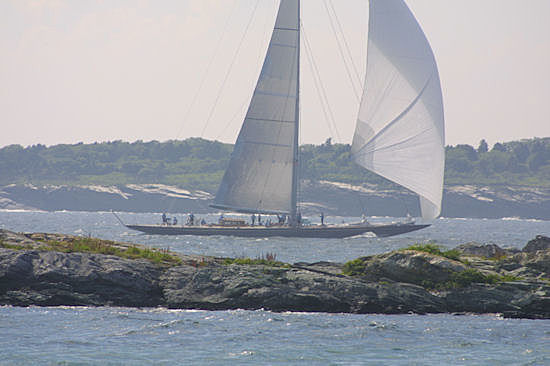 With the formation of the J Class Association (JCA) in 2000, the possibility existed for replicas from history to be built and race again. New yachts have been launched and some are under construction. Most of these projects are expected to be completed by 2012, creating a fleet of the biggest, finest racing yachts the world has ever seen.

Rainbow is expected to launch in 2011 and could line up against Endeavour, repeating the historic races for the America’s Cup of 1934. 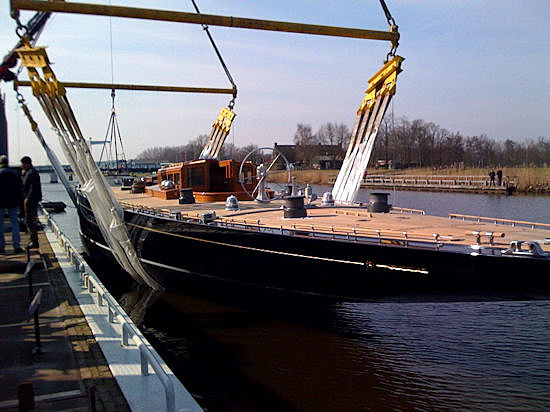 Hanuman could sail against Ranger in the classic repeat of the 1937 America’s Cup. Svea, a Swedish design dating from 1937 was never built but is expected to start construction this year, 73 years after being designed.

In the 1930s they were the ultimate racing yachts. Now, with advanced rigging, hydraulics, carbon masts, PBO ropes and electronic navigation systems, the new Js still represent the most demanding yachts in the world. Sailors just off TP52s and Volvo yachts declare their awe at the power, loadings, size, skill and management required to race these monsters which are around 40 metres (140 feet) long and draw 5 metres (16 feet). 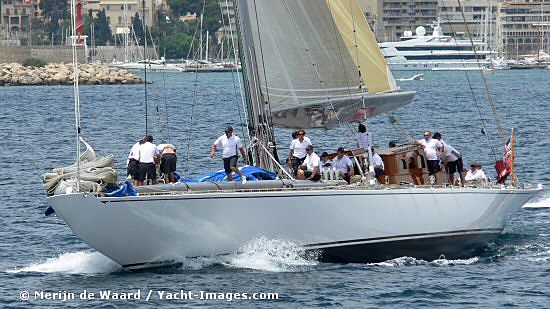 Changing a genoa on a downwind leg takes 10 minutes and commits almost all the crew to lift and reposition sails, making every tactical decision critical. Yet these yachts are incredibly maneuverable and with no guardrails, spectacular to watch, making them probably the ultimate big yacht racing platform.

“Being aboard a J is about the power and glory of sailing. It provides a unique link with another era dominated by one of the most visually stunning classes ever to take to the water”. David Glenn, Yachting World

“It’s fantastic to see these magnificent giant J Boats back on the water racing after some 70 years and especially to have so many new replicas of the Golden J Boat era under construction” Erle Williams, Helmsman

“I had the chance to be on the start line with two other Js for the first time in 50 something years. Now I’m hooked on the power, performance and challenge of racing Velsheda against other J’ as well as modern Maxis”. Tom Dodson, North Sails.

The first regatta will be based in Falmouth, Cornwall, hosted by the Royal Cornwall Yacht Club. Races will be held in the bay and along the coastline. The second regatta will be based in the Solent, the traditional home of J Class racing in the UK during the 1930s. The last race will be held over the original course around the Isle of Wight, for the 1851 Hundred Guinea Cup Race, which is now known as the “America’s Cup”.