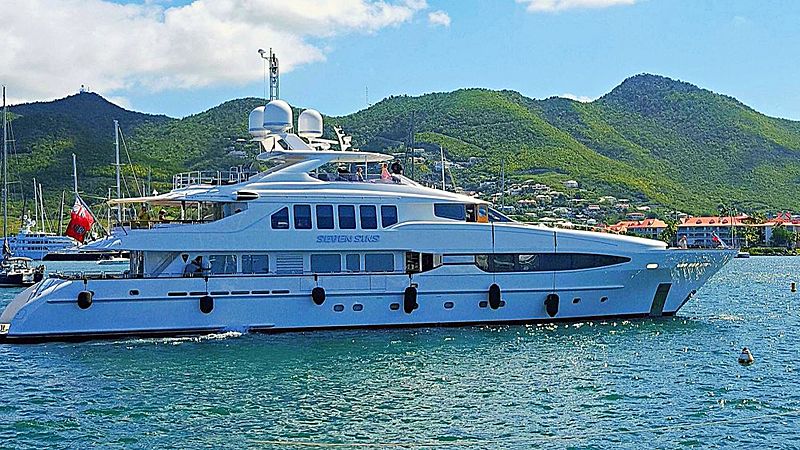 Heesen’s 43.60 metre superyachtSeven Sinswas launched in 2005 to a design of Omega Architects. The yacht has been meticulously maintained since then, having received a series of major refits to keep her looking brand new. In 2014 she sailed to Balk Shipyards in the Netherlands, where she received a completely new manufactured bow section, engineered by Van Oossanen Naval Architects, that would extend her overall length from 41 metres to the current 43.60m. Since she has been returned to her owners, Seven Sins, has been nominated as a finalist in the World Superyacht Awards 2016’s Best Refit category, as well as being shortlisted for the Yacht & Aviation Awards 2016, all for the work done by Balk Shipyard.