Offering a wide transportation network with plenty of route options, Sevenstar plays a crucial role in opening up Asia to the yachting world. Sevenstar’s network reaches across the Caribbean, South America, the Mediterranean and through to Singapore, Phuket and Hong Kong.

“Sevenstar is not a newcomer to Asia but the company’s presence is certainly growing, with two new agencies in Singapore and Phuket and an increasing number of Mediterranean and USA-based yachts travelling to the exotic waters of the east,” said Jan Maarten Boissevain, Middle and Far East line manager for Sevenstar. 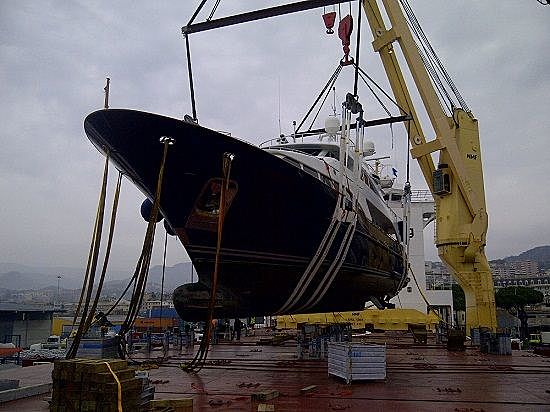 In Singapore and Indonesia Sevenstar Yacht Transport is being represented by Jean Jacques Lavigne, who says, “Sevenstar Yacht Transport has been working very hard in developing the region since the moment we started talking about developing a Superyacht Conference five years ago. Between 2005 and 2008 most of the yachts were going to Singapore because of the new marinas and in the last couple of years we have also seen growth coming from Indonesia, Philippines Malaysia".

Speaking about the show Jean Jacques comments, “It has been a very good show. The first show a few years ago was very promising and last year’s show was a bit of a letdown, but this year’s show has been fantastic! Now we are on the right path and the partnership with Arthur Tay of the One 15 Marina Club is also working out very good.”