In 2012, Delta Marine delivered superyacht Arianna, which was financed and marketed by SG Private Wealth Advisors. Today, a year after Arianna was delivered to its owner, and only 7 months following Arianna’s charter debut at the Antigua Charter Yacht Show, SG Private Wealth Advisors pushes the envelope even further by announcing on behalf of their client, Arianna II, a 65-meter sister ship to Arianna.

“Since we started working on Project Arianna two and a half years ago, we have done things in an untraditional fashion”, says Dovi Frances, President of SG Private Wealth Advisors, “This next project is no exception. With Arianna we broke quite a few records – We financed and oversaw the build of the world’s largest 50-meter super-yacht, we marketed Arianna in a creative fashion which resulted in an unsurpassed worldwide media attention, Arianna was awarded as a finalist in every award show possible and finally, Arianna is the most chartered vessel in the Americas with over 8 weeks of charter trips booked thus far.” 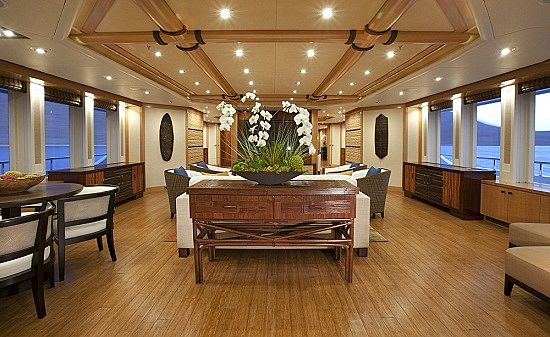 SG Private Wealth Advisors plans on interviewing and selecting a shipyard and commencing Arianna II’s construction by January 2014. “The process of choosing a shipyard is also going to be different this time. The opportunity to win this contract is open to every shipyard”, says Dovi Frances, “Delta was an obvious choice for Arianna three years ago and is a great candidate this time around. We want Arianna II to be built with the same record-breaking legacy of Arianna. However, this is a massive project and we want to make sure we offer other shipyards the chance to share their vision, creativity and design capabilities with the owner. We will start meeting shipyards who are interested in building Arianna II throughout August and we will announce the chosen shipyard in late September.”