To mark the opening of the studio Nick Stark Design, the Australian firm has released a series of new-generation shadow-vessels named the Constellation Series. 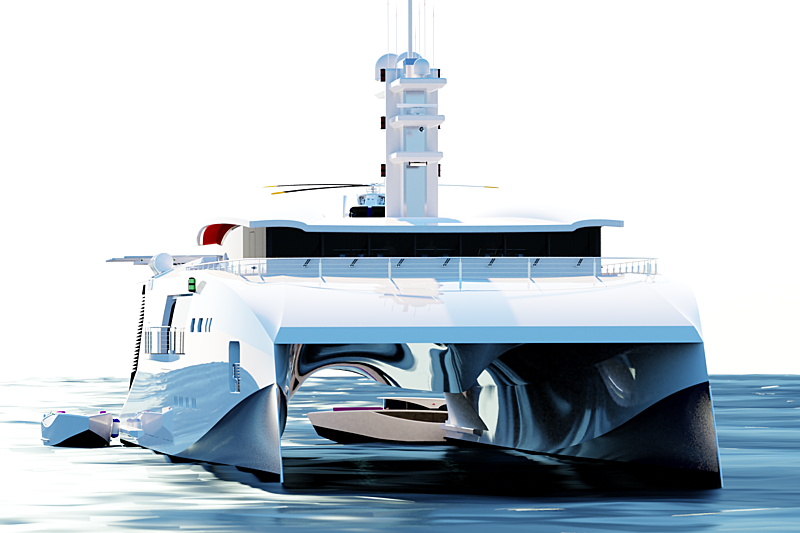 Photo: Nick StarkComprised of three lightweight, all-aluminum shadow vessels – the 75-metre Aquila, 70-metre Cygnus, and 71-metre Auriga – the series is, according to Stark, “certainly unusual,” but comes with many practicalities that are only afforded by the lower-cost per gross tonne. This concept has allowed for spaces to be optimised, providing new recreation opportunities and the possibility of chartering services specifically for shadow vessels.

The largest of the series, the 75-metre Aquila, provides guests with an expansive beach club, wellness centre, disco and a fully-stocked toy store. 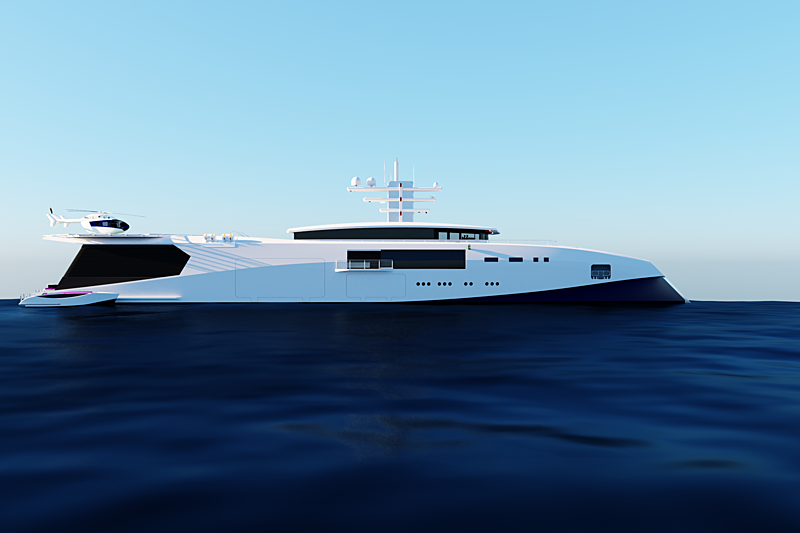 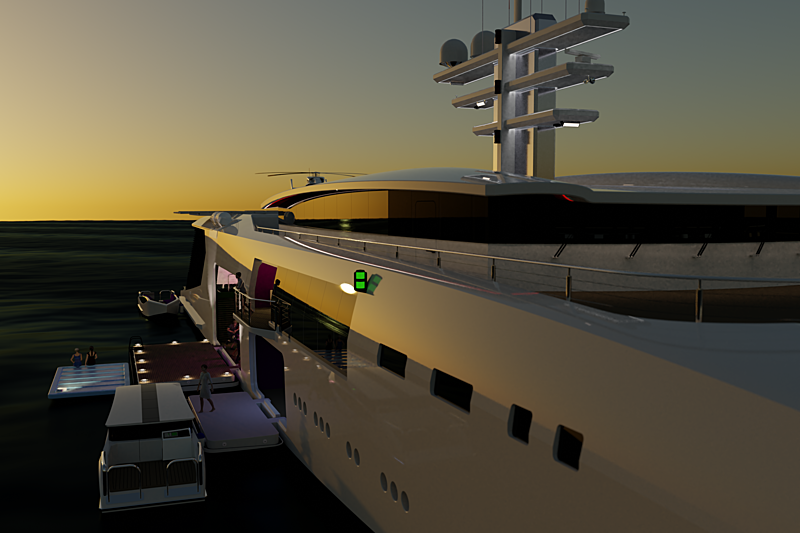 Photo: Nick StarkCygnus, the next vessel in the series, offers guests the option to arrive by helicopter. In addition to recreation space, Cygnus offers ample storage for tenders, toys and support crafts. 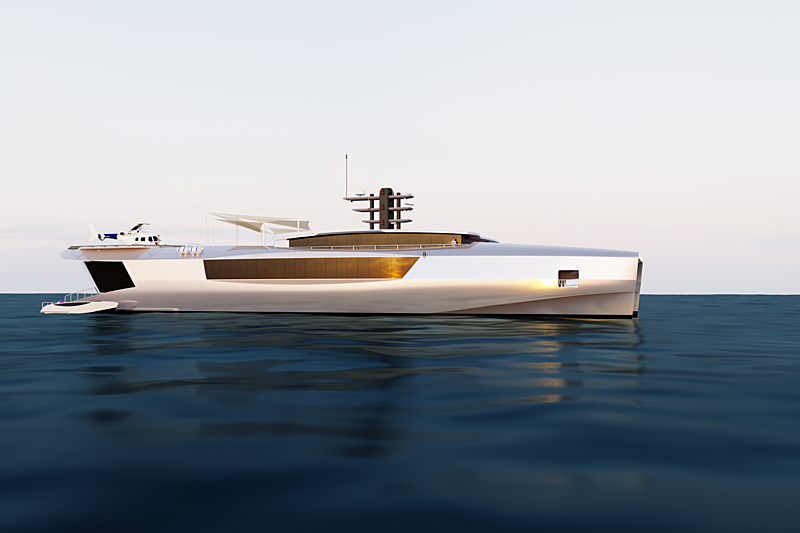 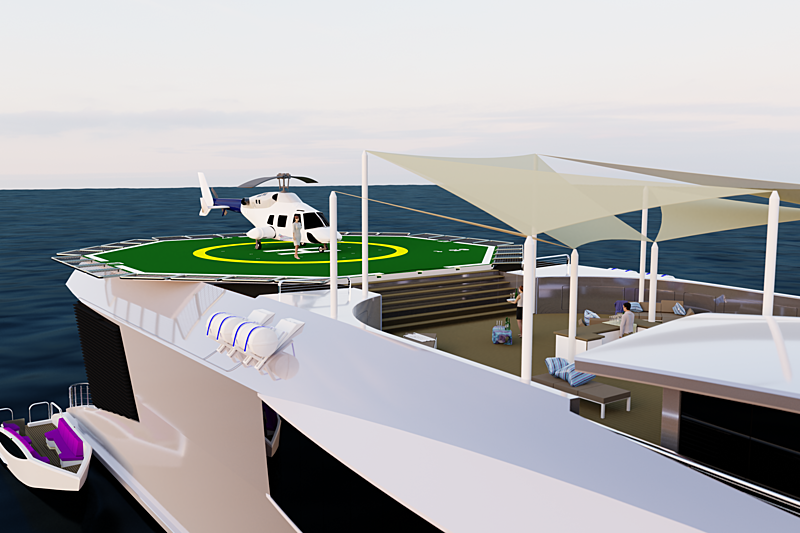 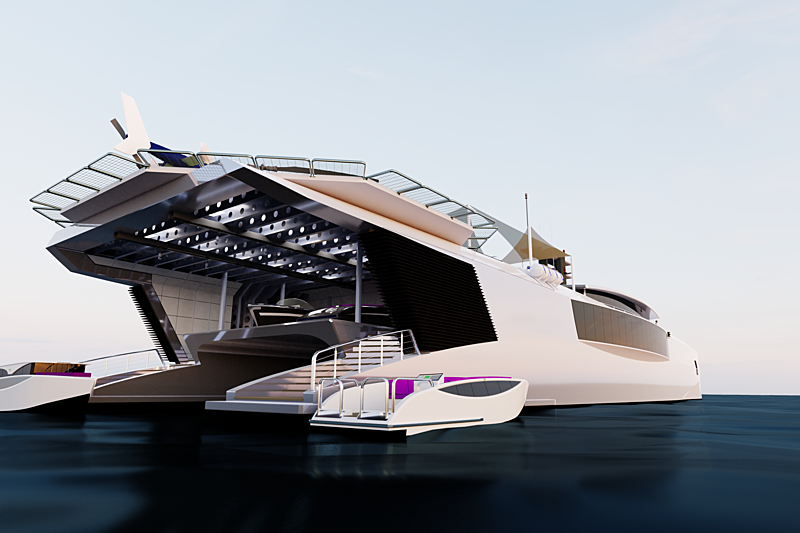 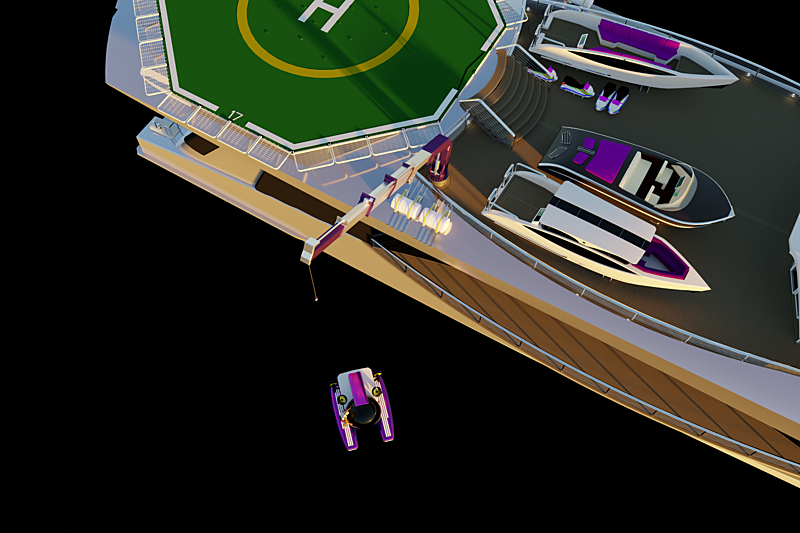 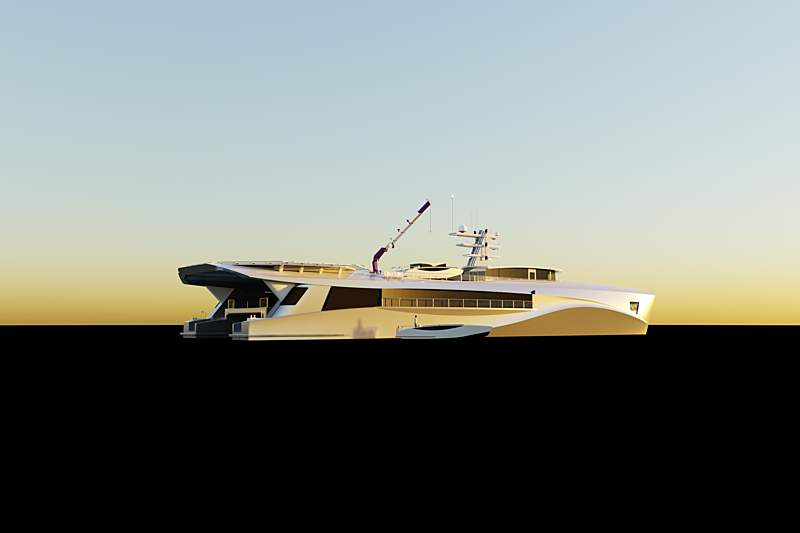 Photo: Nick StarkEach of the vessels in the Constellation Series will be equipped with hybrid power generation, allowing for silent operations while moored. The designs are compatible with multiple engine models such as IMO Tier 3 compliant engines, Cat V12, or MTU16v4000.

The Viking-inspired 26m yacht that uses AI to charter independently