Home > News > Sherpa: all you need to know about Feadship’s new superyacht

Last week, SuperYacht Times revealed a glimpse of the launch of Feadship’s latest superyacht project, Sherpa. The industrial-looking 74-metre vessel took to the water on Thursday and since then Feadship has released the first details about this peculiar superyacht. 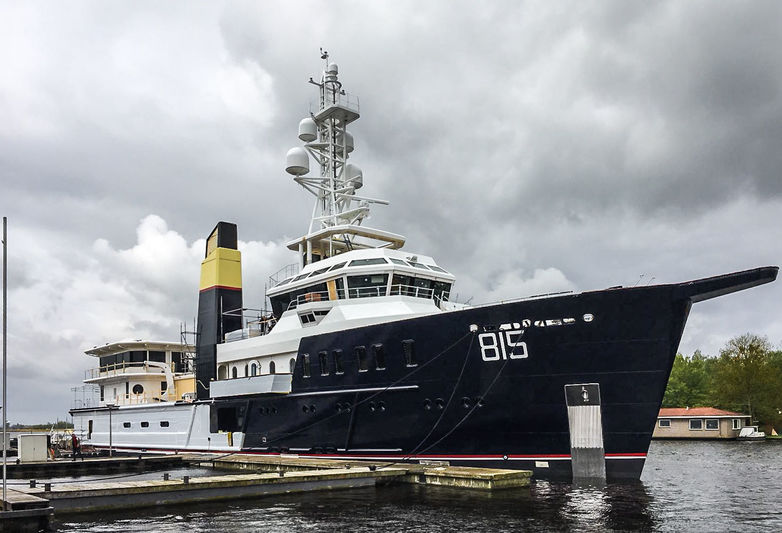 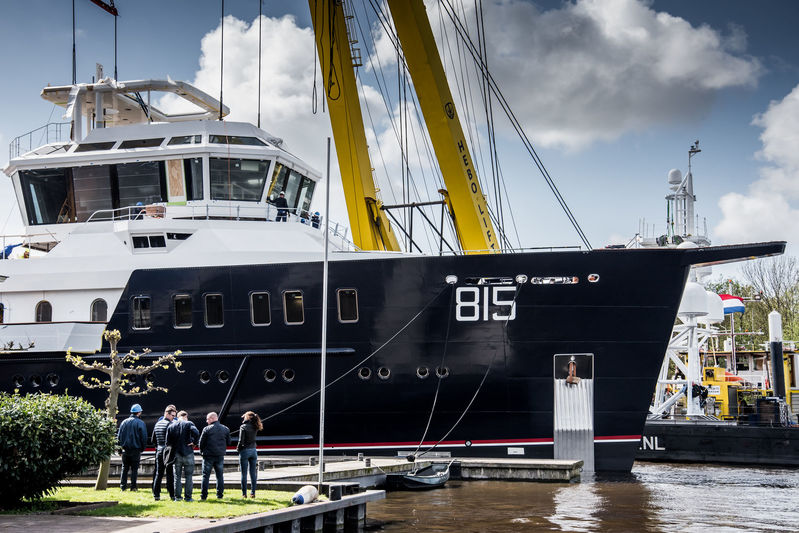 Sherpa is custom built for an experienced repeat Feadship owner who challenged the shipyard to construct a yacht that would be able to take him to extreme locations around the world while providing lots of storage space for toys and supplies. The main deck is fitted with massive cranes that are designed to lift various tenders as well as landing craft onto the deck. 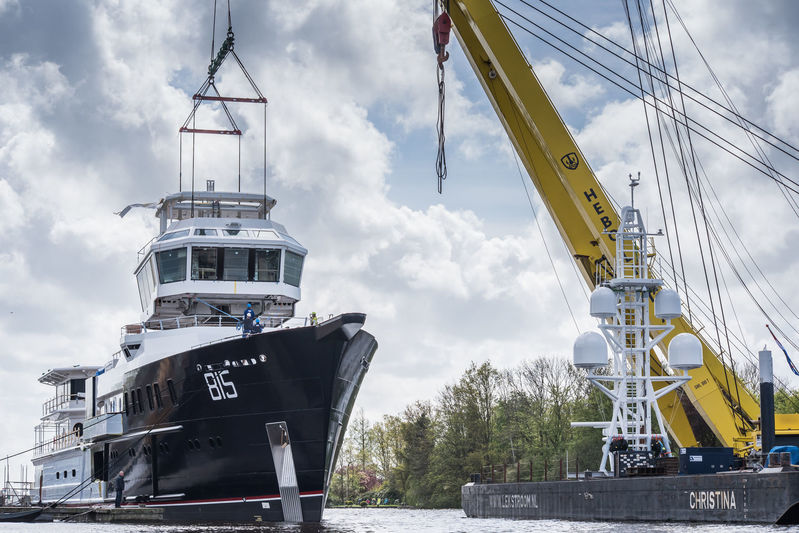 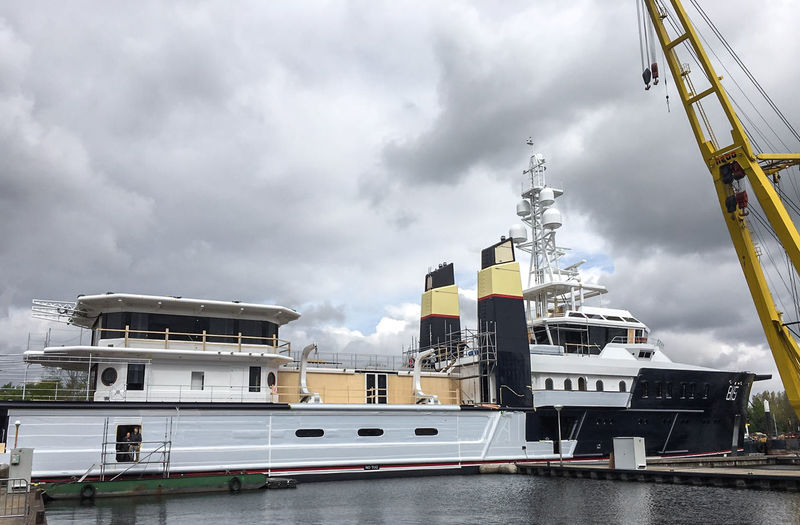 Created together Cecil Wright & Partners, Project 815 (build name) is the design work of RWD who followed the owner’s brief for an industrial and highly functional exterior that is paired with a detailed interior worthy of the Feadship name. Inside, features such as a lounge, a dining area and bar are all tucked away beneath the helicopter landing pad aft while accommodation is located in the forward part of the ship. There is space for seven overnight guests on the main deck in an owner’s suite, two VIP suites as well as four guest cabins. 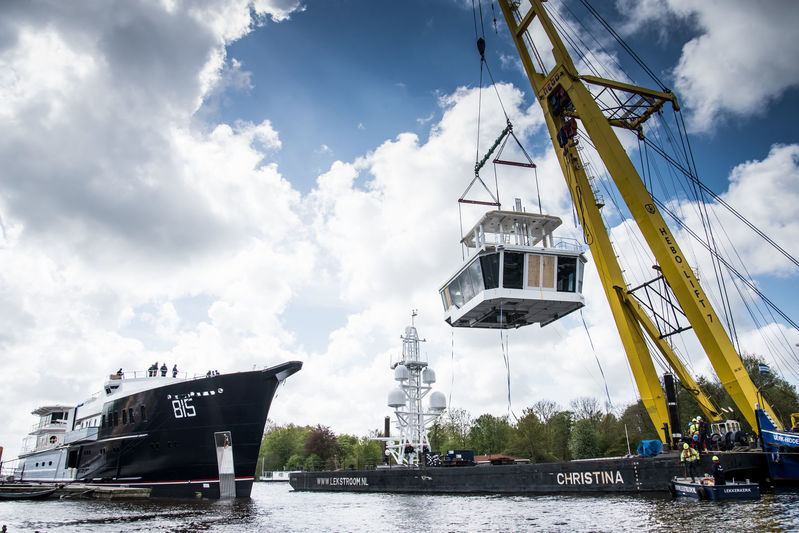 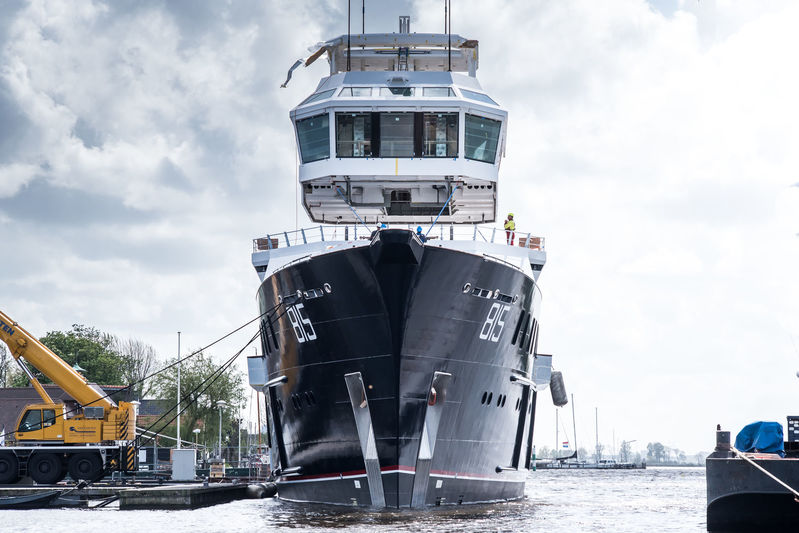 An official christening ceremony will follow soon as Feadship prepares Sherpa for sea trials and eventually delivery to her owner.

Feadship hull 815 on the move