SuperyachtTimes.com reader Philipp Stohn did a trip along the German Kiel Canal on Thursday 29 March. During his trip he came across the shipyards of Lürssen Rendsburg, Nobiskrug and the Peters Schiffbau. Together with his photos we take a look at what is going on at these shipyards.

Lürssen Rendsburg
As reported at SuperyachtTimes.com on 2 March Lürssen recently launched their latest yacht from the Rendsbrug facility. Saint Nicholas (Project Nemo) was docked at the shipyard for completion and sea trials. Her sistership, Apoise (Project Marlin), was completed by the Rendsburg in the spring of 2006. Besides the work carried out on Saint Nicholas the workers of Lürssen Rendsburg are also busy with the third yacht from the series, and like her sisters her project name is also related to fish, Shark. And with Lürssen you never know what more is hiding in the building sheds, we only know that it’s always quiet spectacular! 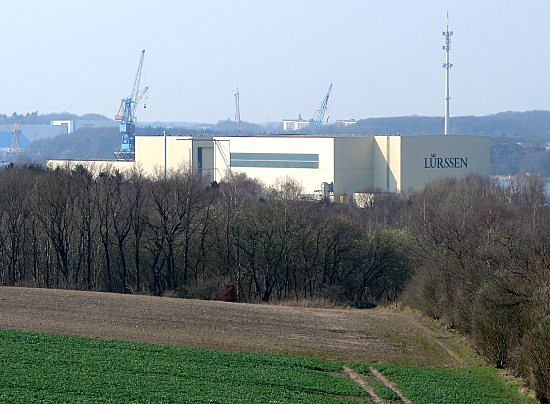 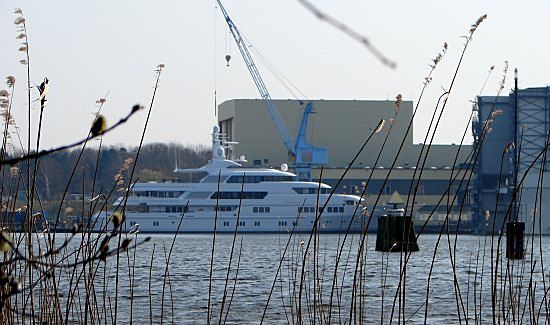 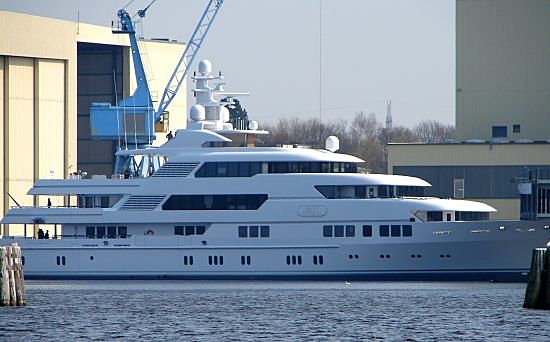 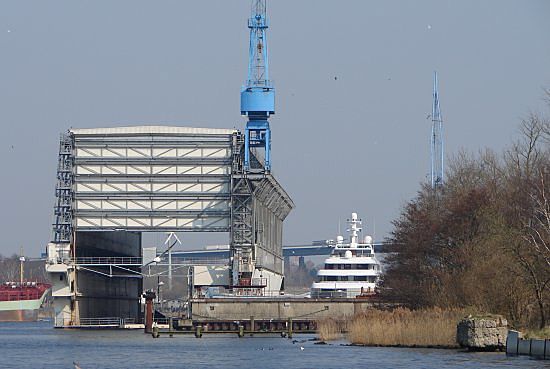 Nobiskrug
Nobiskrug (part of ThyssenKrupp) is relatively new to the superyacht scene, but already carried out some major projects, with the construction of Tatoosh & Triple Seven and the refits of the Lürssen’s Ontario & Limitless. Triple Seven was delivered to her owners in late 2006 and currently they have three more yachts under construction. The following three yachts are under construction at Nobiskrug: 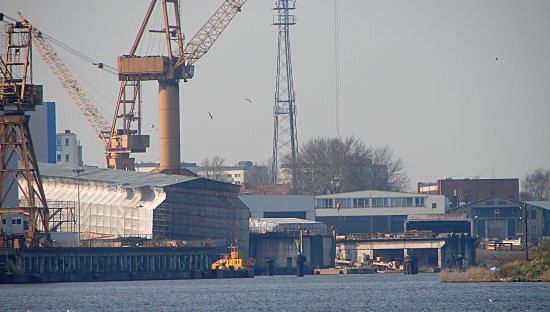 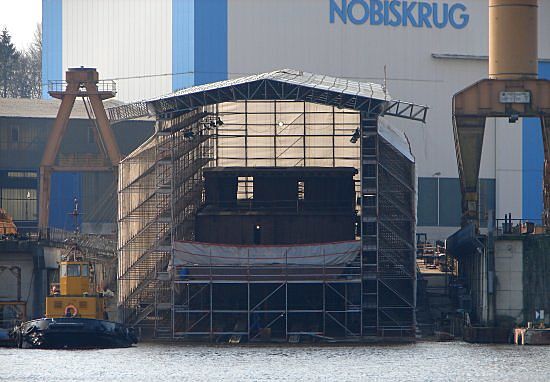 Peterswerft
Currently under construction at Peters Schiffbau is the huge 133m project May. The keel for hull 681 was laid in December 2004 and she is scheduled to be completed this year. Peters Schiffbau builds it’s yachts with the cooperation of Kusch Yachts, the company of the late Claus Kusch. Together with Kusch they build the 65m White Rose of Drachs and they were also responsible for building the hull and superstructure of the oceAnco’s Dilbar and Lady Christina. In 2006 they also completed the major refit and lengthening of the classic Feadship White Cloud. 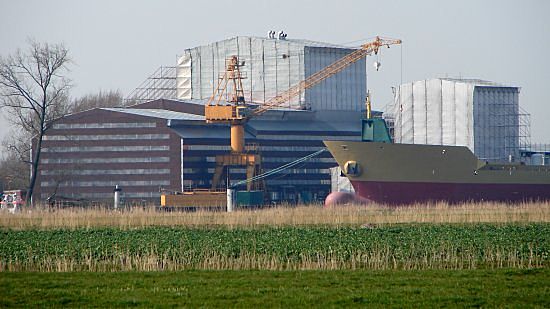 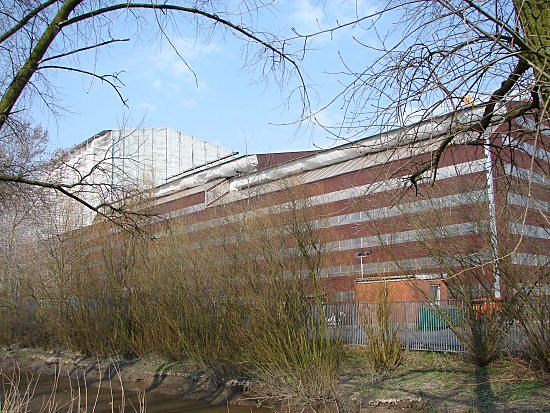