On Monday 10 March early in the morning Sigma (SF99) left the shipyard of HDW in Kiel. The Starck designed yacht cruised through the Kiel Fjord, under the guidance of the tug Kitzeberg, heading Northwards to the Baltic Sea. By entering the open sea she continued on her own and passed Femern Bælt (the waterway between Germany and Denmark) at 14 knots, on her way to Rügen. 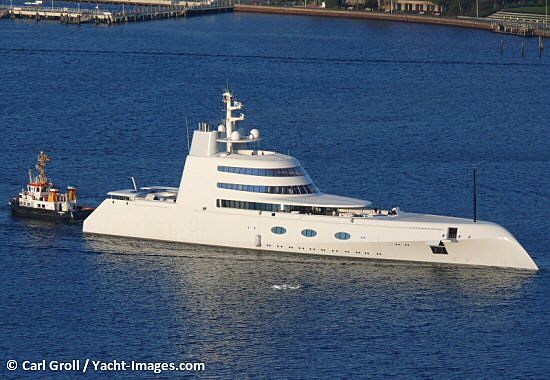 The 123 meter SF99 was launched from the HDW shipyard in Kiel on Thursday 3 January, only to disappear in the sheds again a few days later. Almost six weeks later she left the covered shed again and performed short trials in the waterway in front of the shipyard.

In preparation of her first sea trials most of her protective covering was removed last week, showing the definitive lines of this striking yacht. 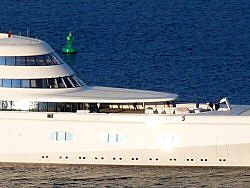 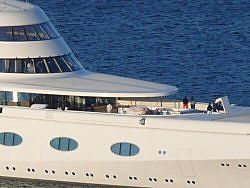 During the trials she will sail under her project name SF99, which is visible on her stern. Her definitive name, which will be short, will be revealed just before delivery.