The greenest (fuel consumption at 400 litres / hour) Superyacht at 73.5m in length, renowned as the fastest and most fuel efficient conventionally powered vessel in terms of length to speed ratio, Motoryacht Silver Zwei , Hanseatic Marine’s latest all aluminium high-tech superyacht creation is enroute to visit Singapore and cruise the nearby waters of Asia. 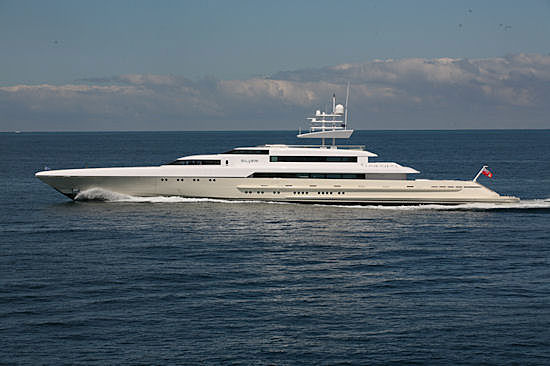 Styled by world renowned designer Espen Oeino, commissioned by German industrialist and green technology entrepreneur Guido Krass, engineered and built by Hanseatic Marine of Perth, Western Australia, Silver Zwei is touted as one of the most stylish, fast and efficient superyachts currently gracing the seas. 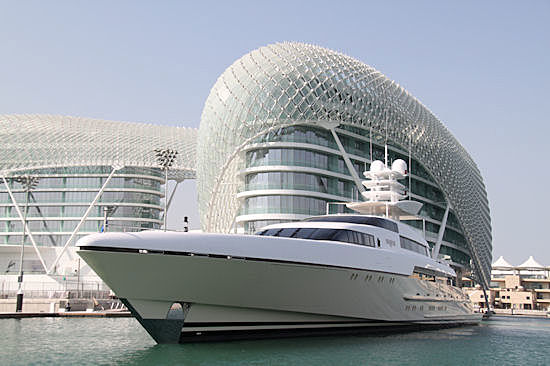 During Silver Zwei’s delivery voyage from Perth to Dubai last October, the vessel set an impressive record for speed, fuel efficiency and comfort. The yacht transited from Australia to the Middle East in 12 days at an average speed of 19.6 knots consuming less than 400 litres / hour, a testament to the design investment made into the vessels sleek eco-friendly hull and engineering systems. Long range crossings are achieved swiftly with fast transit speeds of up to 27 knots, and an extended 5500 nautical mile range without the need for bunkering.

The vessel has already seen some spectacular sights with highlights including a trackside berth at the inaugural Abu Dhabi Grand Prix, cruising of the pristine fjords in Oman and exploring some of the up and coming cruising destinations in the Middle East region.

Silver Zwei set sail on her latest ocean crossing 9th June with the aim of breaking her own speed and efficiency record. She arrived in Singapore in good time at the stylish Oneº15 Marina Club Singapore on 17th June 2010 and will cruise the waters in and around Singapore before sailing further afield to explore the broader Asian cruising playgrounds during the next couple of months.

The Silver series evolution began as the vision of shipyard and vessel owner Guido Krass. Krass and his friend Espen Oeino worked in close collaboration from the outset optimizing the hull form, layout and overall vessel styling to ensure Silver would deliver the next level of Superyacht contemporary style, comfort, speed and efficiency. Danilo Silvestrin and Andreas Holnburger of Silvestrin Design Germany were brought in to create the sophisticated chic interior throughout all owner and guest areas onboard. 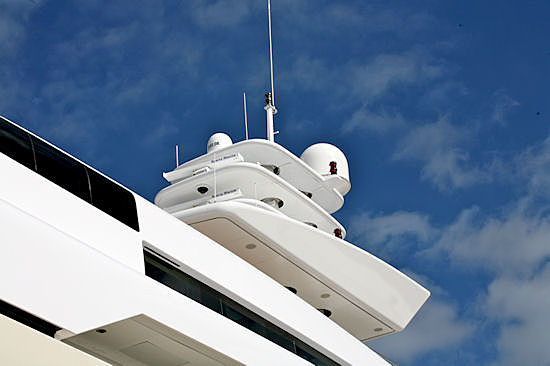 Added to this was the desire to achieve the highest level of passenger safety which has been delivered through design and built according to the stringent SOLAS passenger ship regulations for safe worldwide exploration and cruising in the utmost style and comfort. Building to SOLAS has provided the added benefit of being permitted to carry 18 Guests instead of the conventional 12 Guests that most MCA LY2 motoryachts are restricted on.

After disappointment in what other shipyards could offer towards helping bring the original Silver concept to fruition, Krass took the bold and ambitious move of establishing his own specialised shipyard, aptly called Hanseatic Marine located within the Australian Marine Complex in Henderson Western Australia.

Krass handpicked his shipyard team of designers and craftsmen, many of whom have prior experience working for world renowned engineering and management companies to ensure the highest standards of design innovation, engineering and outfitting quality are achieved on every build without compromise.

Silver Zwei is the breathtaking result of the special team bond that Krass, Oeino and the Hanseatic Marine team share.

For yachting enthusiasts and the general public alike, Silver Zwei will be seen cruising in and around Singapore from the 18th June onward.