SilverYachts is reporting that the shipyard’s operations in Australia and China have been continuing with limited interruptions and it is on schedule to launch both its 35-metre SpaceCat and 85-metre Silver Loft II projects come next year. 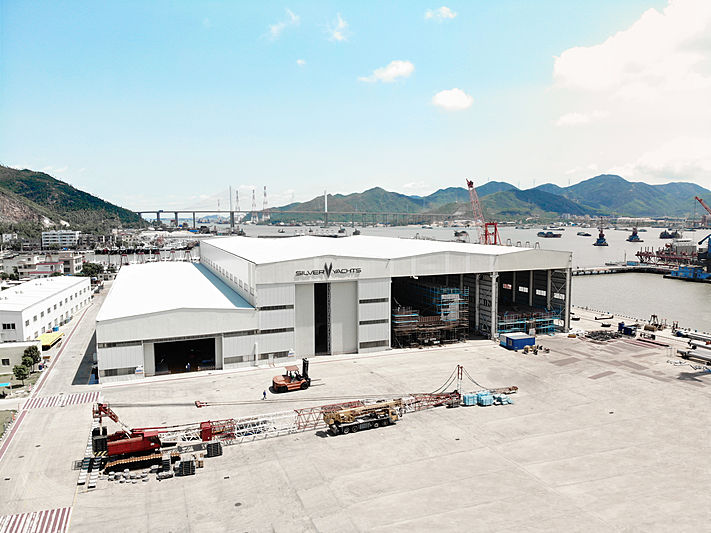 Work is carrying on at its China plant where restrictions on production have been enforced by the government at an earlier stage this year, but work seems to be back to normal in Jiangmen as COO Rod Davies explains. “COVID-19 has not had a great impact on our yard in Jiangmen. During the Chinese New Year holidays in February, the local and provincial governments announced strict self-isolation measures and travel restrictions, and this quick response was effective to a level which allowed the authorities after a period of weeks to ease their initial measures and allowed the workforce to return to the yard and surrounding towns.” 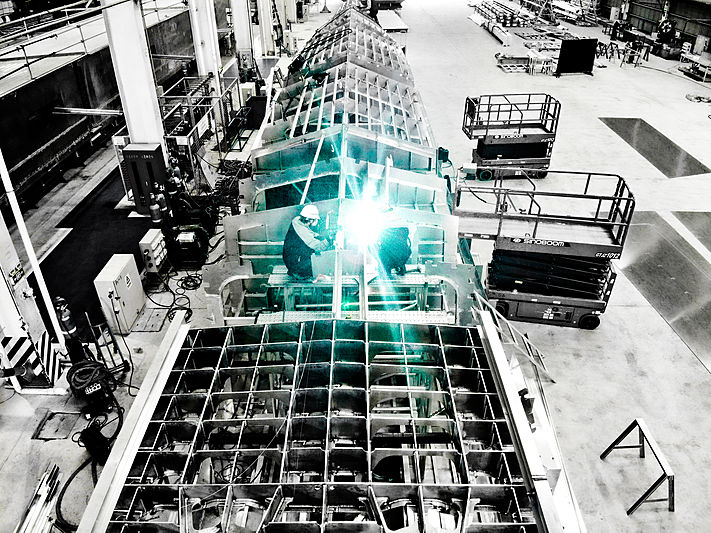 The multihull project is now well and truly taking shape with delivery planned for mid-2021. Designed in collaboration with Espen Øino, this 35.5-metre motor yacht features a beam of 13.3 metres and is designed to be an environmentally friendly vessel thanks to its lightweight low-resistance hull form. The yacht offers generous volumes, with an external living area boasting over 575 square-metres of space, while the interior areas span over 300 square metres. Key features onboard include large outdoor entertaining areas, a pool, a large toy storage area, as well as ample deck space for a tender. 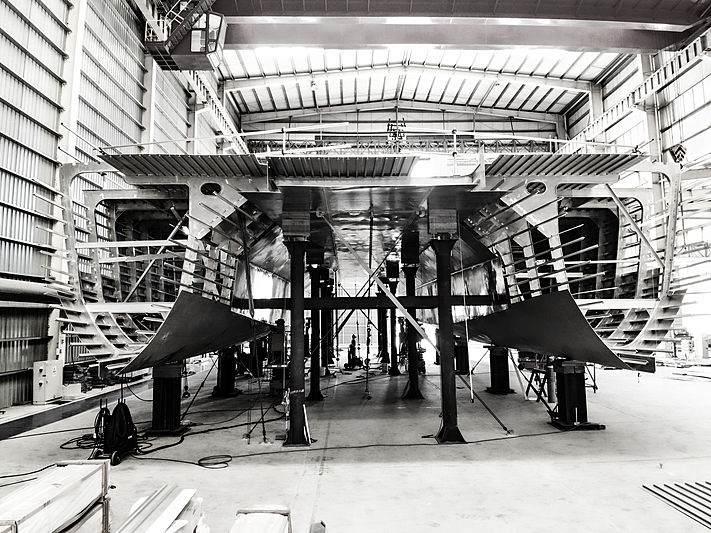 Onboard, guests would be accommodated across one master suite, two double cabins with ensuite bathrooms and two twin cabins (with two optional Pullman berths). Performance-wise, SpaceCat would be able to reach a maximum speed of 21 knots at full load, cruise at 16 knots and would also boast long-range cruising capability. 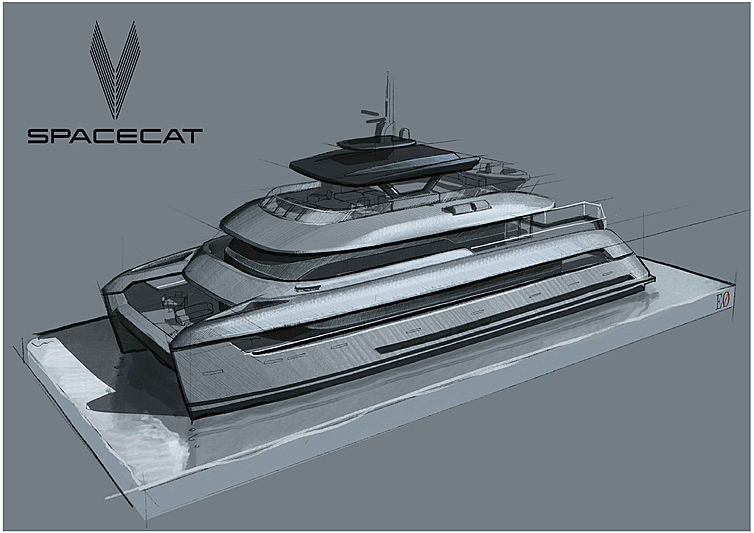 Meanwhile, in Henderson, Australia, construction on the second Silver Loft world explorer project also remains on track in a region that was largely unaffected by the COVID-19 pandemic. “Construction work carried on as usual with zero interruptions as our facility adhered to the minimum social distancing rules in the workplace," explained Managing Director, Dave Woods. "Some of the office staff do work from home, including the majority of the design team. As we speak, we are actually considering to get the staff working from home to gradually come back to work at the yard.” 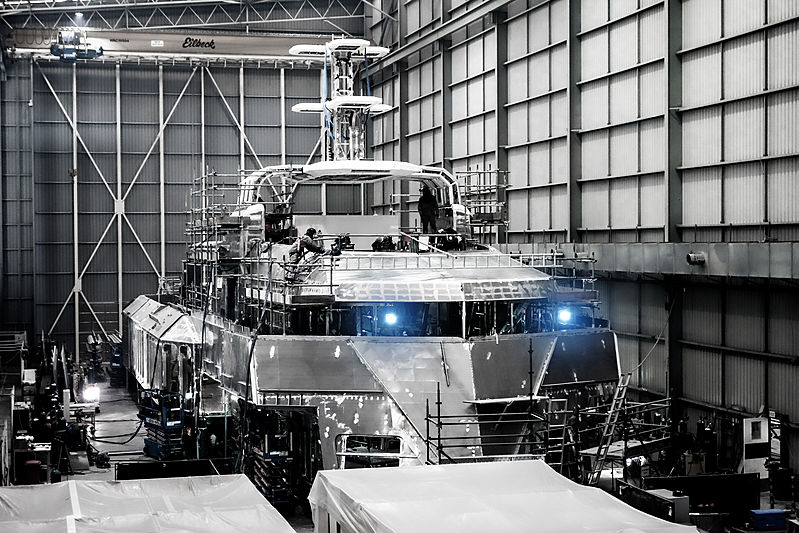 This second project will feature many of the same elements as her sistership, Bold. This no-nonsense world cruiser (also designed by Øino) is designed to take on transoceanic passages with the utmost confidence while able to carry a host of impressive tenders, toys and exploration craft including two 10.5-metre tenders and a helicopter that is stowed in a semi-enclosed hangar on deck. 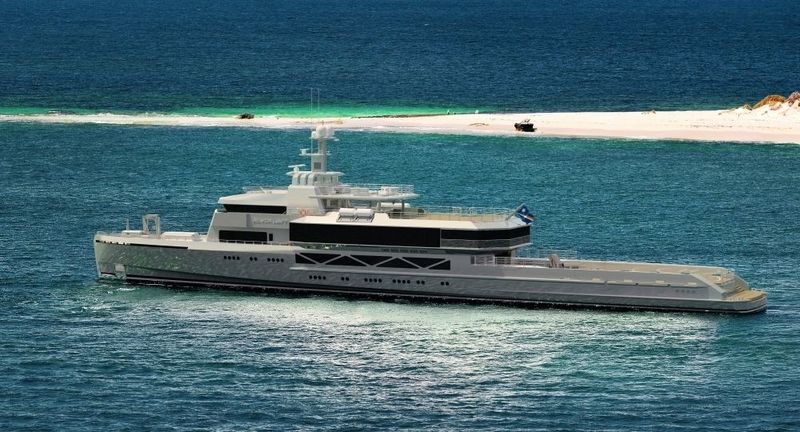 One of the highlights of the yacht’s interior is its distinctive loft-style sky lounge that covers over 300 square metres. This indoor-outdoor space opens up via wrap-around glass sliding doors to allow fresh air and natural light to create an apartment-like feel not commonly experienced at sea. Elsewhere, up to eight guest staterooms are spread across the upper and main decks for a total of 16 overnight guests, as Silver Loft is built according to SOLAS PYC regulations.