Large Yacht Solutions has announced the appointment of Sir Tim McClement KCB, OBE, as non-executive Chairman with immediate effect. Sir Tim joined the Royal Navy in 1971, and during his 35 years’ service had five commands: two submarines, two frigates and a Naval Task Group. In 1996 he was an inaugural member of the Permanent Joint HQ, where he was responsible for delivering the UK's global military contingency plans. 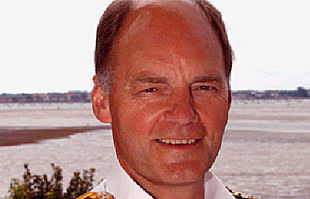 He was promoted to the rank of Admiral in 2001, and served as the Assistant Chief of the Naval Staff, which included being a member of the Admiralty Board.

For two years, until his retirement from the Royal Navy in December 2006, Sir Tim was Deputy Commander-in-Chief Fleet, where he was responsible for delivering a £2.1 billion annual budget, with assets of £17 billion and employing 30,000 people.

Since leaving the Royal Navy he has worked as an independent consultant, delivering training in strategic planning, risk management, as well as senior executive leadership, management tuition and mentoring. From 2007 to 2009 he was the Managing Director of the Flagship Superyacht Academy which delivered training to the crews of Superyachts. Sir Tim is also Chairman of the HMS ALLIANCE Appeal to raise £6M to save the WWII submarine which is in the Submarine Museum in Gosport, where it is the memorial to the 5,300 submariners who have lost their lives in the service of their country. To date the Appeal has raised £4.6M in pledges.