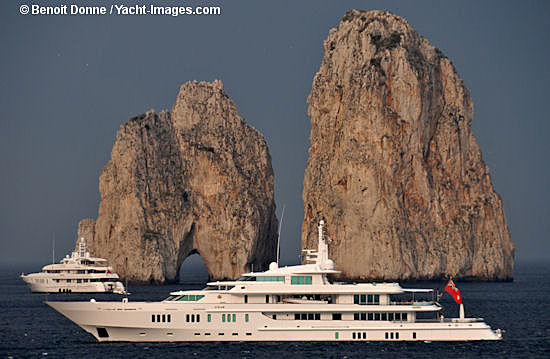 Siran anchored off Capri on 28 June 2008 with April Fool in the background. The Bannenberg designed Siran was built by Feadship Royal De Vries in 1992. The 67m yacht was extensively refitted and lengthened at the De Vries Makkum facility in 2005 and 2006. The 60m April Fool was launched by Feadship Royal Van Lent in 2006 and designed by De Voogt Naval Architects. She features an interior by Janet Leroy based on a concept of Larvor.