During the summer of 2005 Feadship member Koninklijke De Vries Scheepsbouw B.V. bought the shipyard of Amels in Makkum. In the following months they modernised and upgraded the shipyard and in October 2005 the first yacht arrived. It was not just any ordinary yacht, but the beautiful Bannenberg styled Siran arrived in Makkum and everyone wondered what was going the happen.

Soon after her arrival Feadship announced the owner had decided to lengthening his yacht. During the opening party held on 22 October this beauty was docked inside the huge shed and it could also be seen as a good bye party to one of the most beautiful designed yachts. It was then still unknown what was going to happen with the yacht. In most cases a lengthening causes more harm than good when it comes to the lines of a yacht…

After almost 1.5 years Siran left the shipyard of De Vries Makkum yesterday and we were there to bring you the photos. 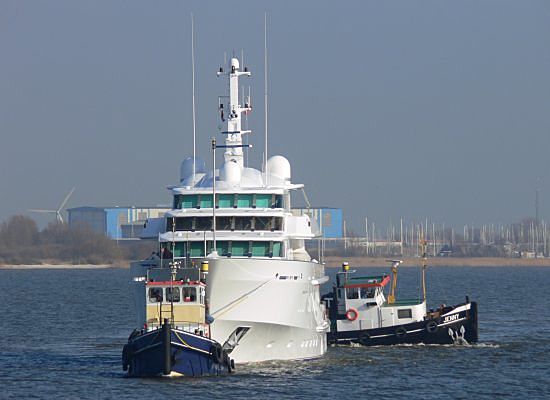 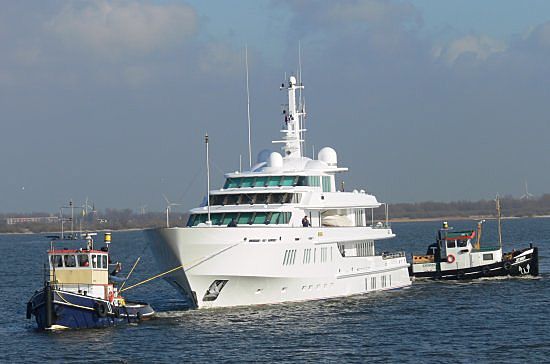 Two small tugs supported Siran from the shipyard to the locks 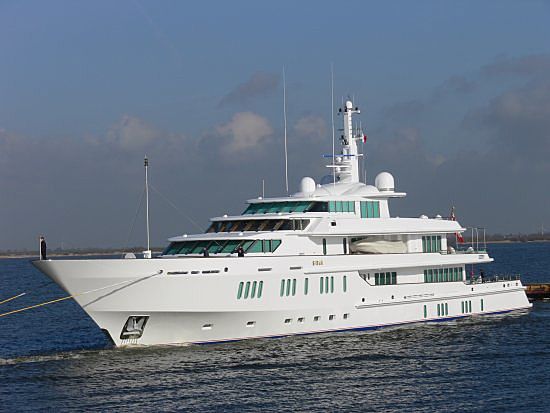 Not only the yacht was lengthened, but also the forward part of her sun deck was covered 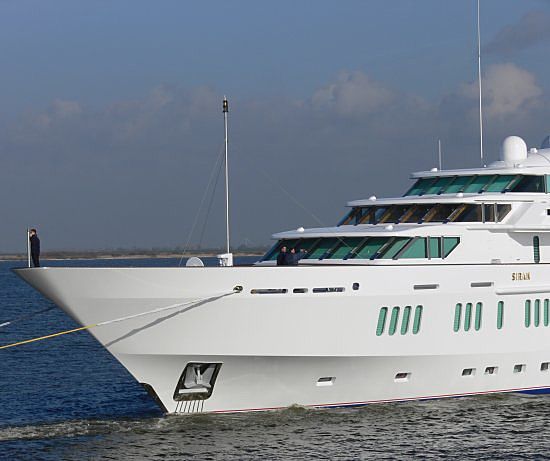 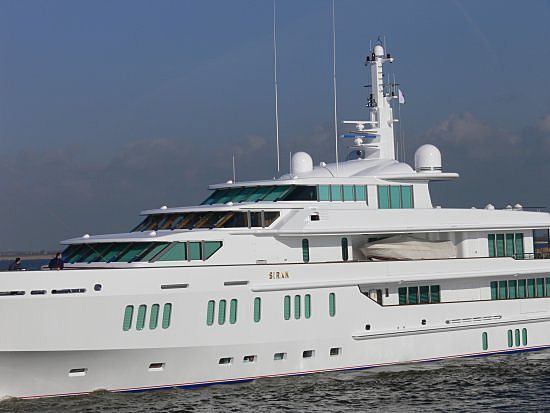 Her mast was modified and the nice wings had to be removed, because of the new room on the sun deck 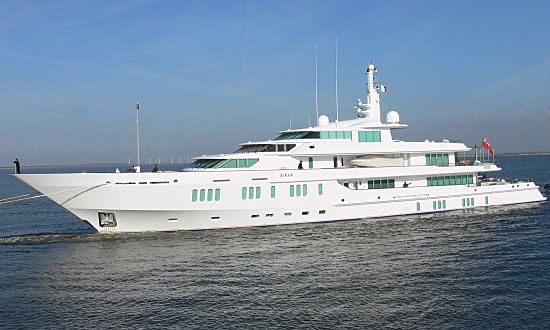 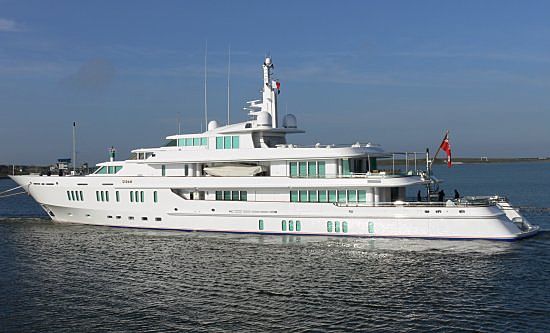 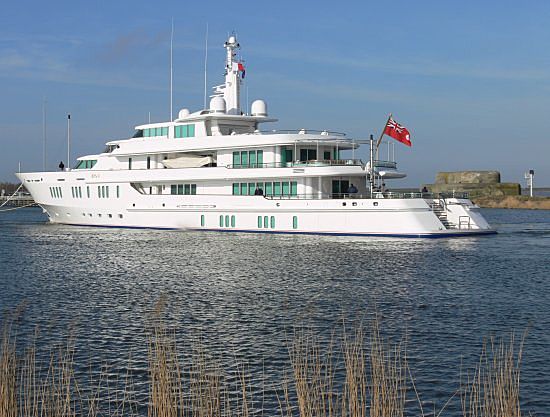 Slowly she was towed in the direction of the locks 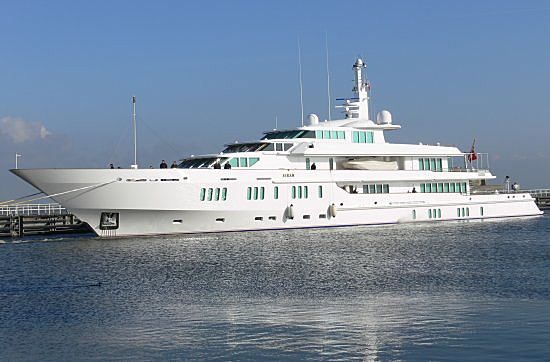 Siran waits to enter the locks of Kornwerderzand 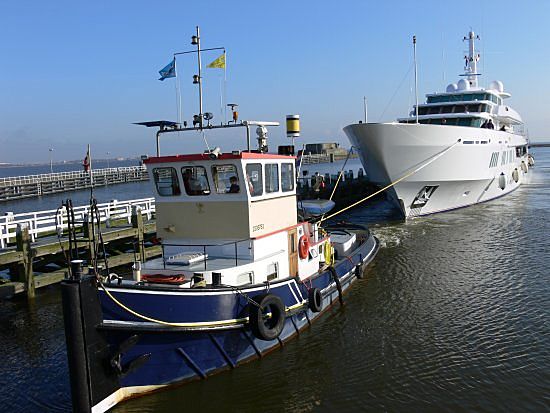 After the green light she was towed into the locks 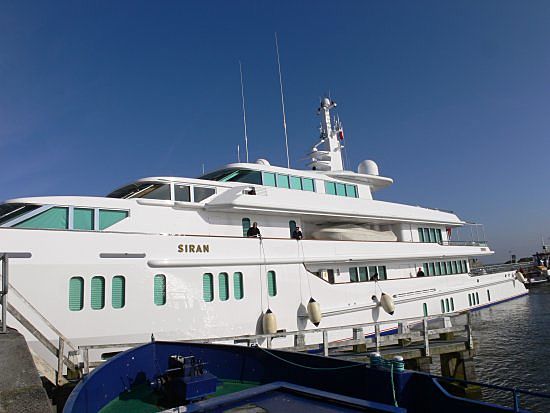 The crew was keeping fenders alongside the yacht, because it was really tight and on both sides she had less than 1m at the entrance 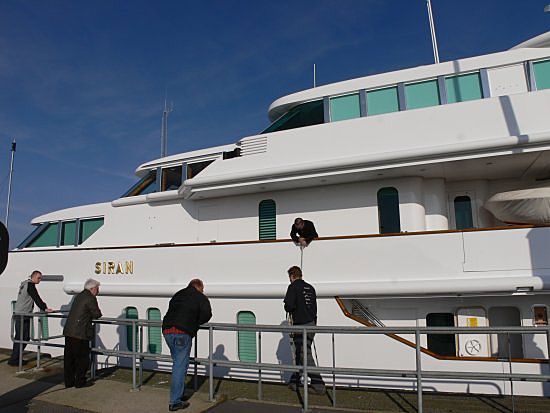 People from Feadship came to say good bye to Siran 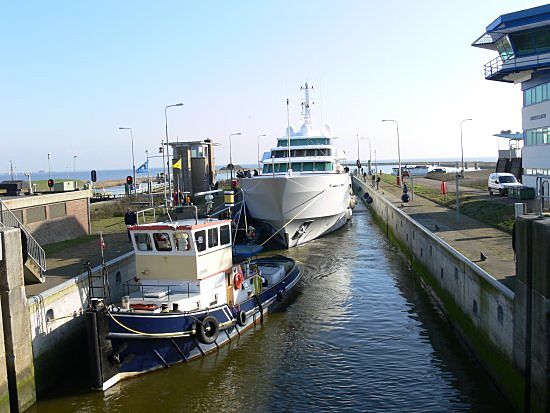 Siran docked in the locks 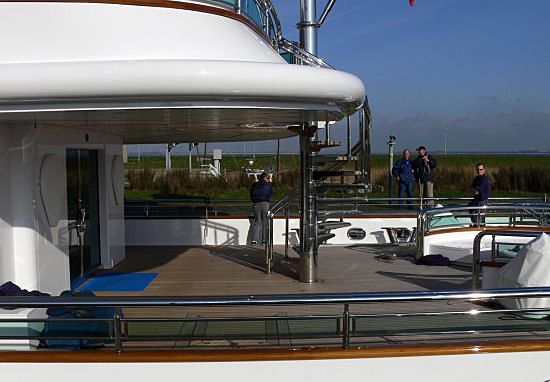 The new extended and improved aft deck of Siran. Before the refit there was hardly place to sit, because the stairs almost took the full aft deck (see the following photo). At the end of the aft deck, Feadship created a round seating area. 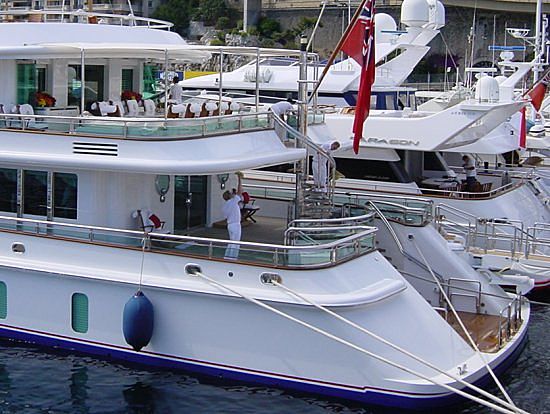 A photo of the aft decks of Siran in Monaco before her refit, May 2002 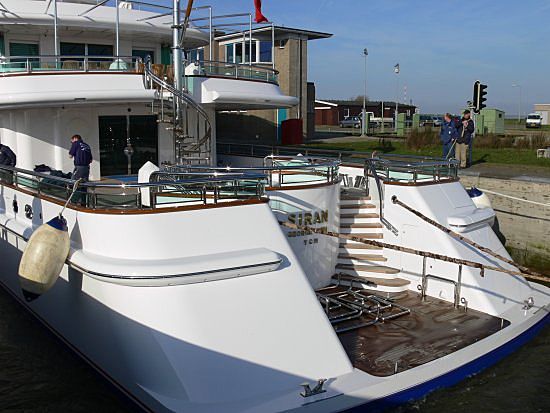 Altough completely new, still the same design of the stern 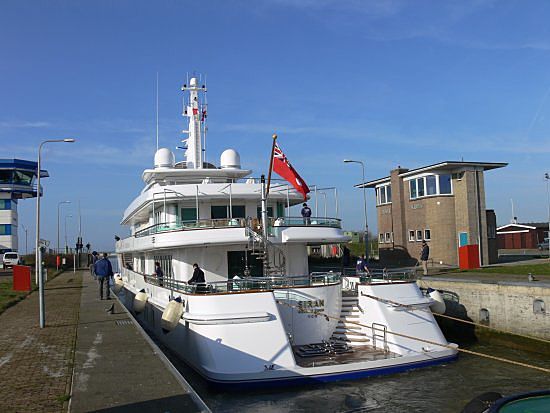 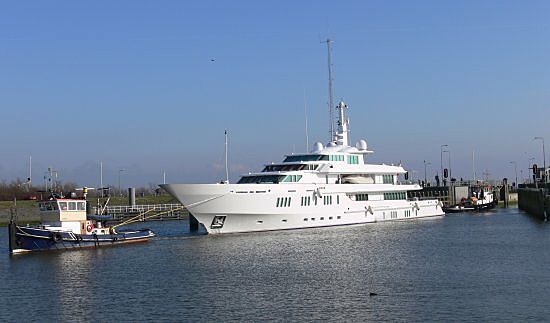 Siran leaves the locks, on her way to pass the bridge before she could enter the open waters 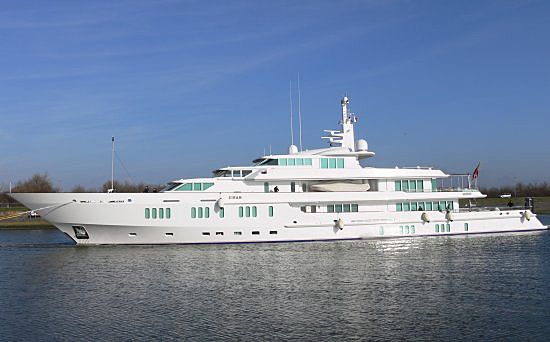 The redesign of her profile was done by Tim Heywood, not a surprise as he worked several years for her original designer, Jon Bannenberg 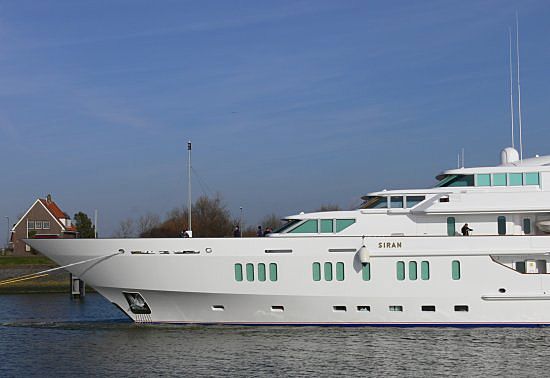 Siran was originally build in 1992 by Feadship De Vries in Aalsmeer, her design was, and still is groundbreaking 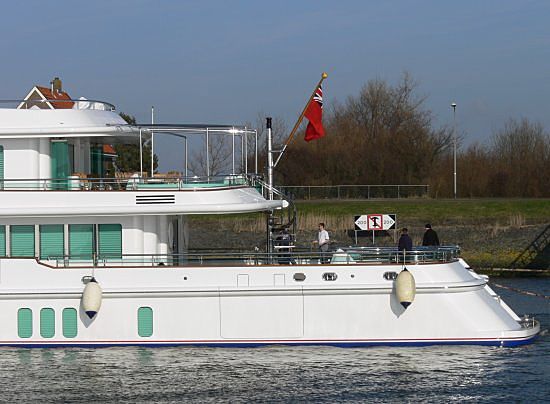 Siran was the first job done by the people of the Makkum facility under the Feadship brand and De Vries can be proud of their "new" people as they did an outstanding job!