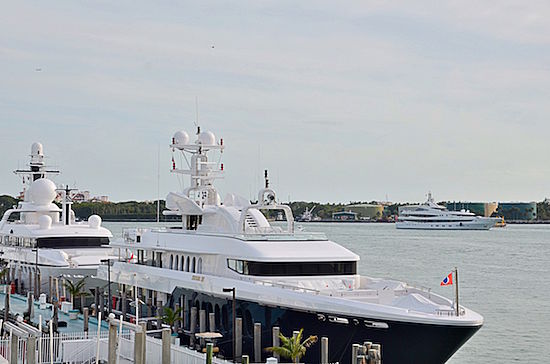 Taken two days ago by the SuperYacht Times team currently in Miami, pictured here are three impressive superyachts: the 56.4 metre Sirona III, the 61 metre Mylin IV and, in the background, the 66 metre Natita.

Sirona III was built by the Australian shipyard Oceanfast in 2004, with both exterior and interior design by Bannenberg & Rowell. Accommodating up to 10 guests, she features an upper deck master stateroom, with large doors opening up onto a private aft deck. Her sun deck has a large spa pool forward, and also includes an enclosed gym.