Arcon Yachts has announced that they have signed a new contract for the build of a new Benetti Vivace 125 superyacht. Measuring 38.1 metres, she is the sixth hull in the Italian shipyard’s range, with the first, Iron Man, making her debut at the Yachting Festival de Festival 2015. Arcon Yachts will act as project manager throughout her build. 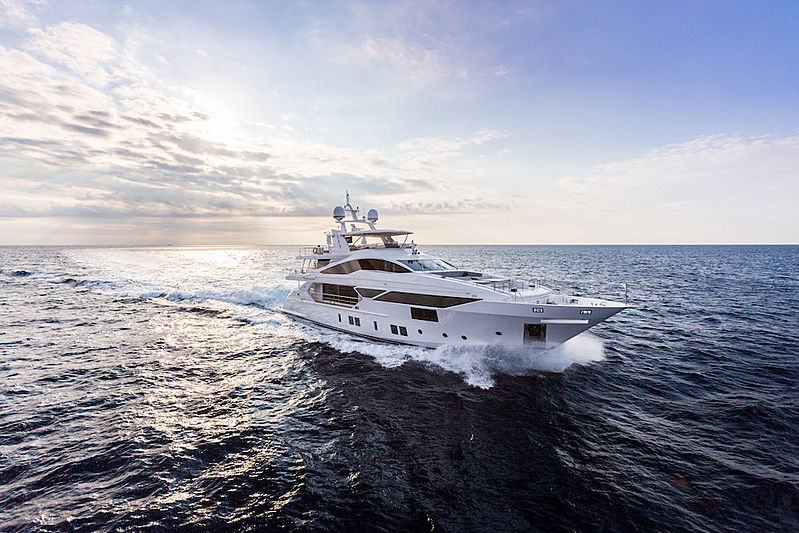 The standard Vivace 125 layout accommodates up to 10 guests over several well-appointed cabins, including a full beam owner’s suite located forward on the main deck. A crew of eight are also accommodated for on board.

She is equipped with an innovative series of azipod transmissions designed by Rolls-Royce for Benetti, called carbon Azipull 65C pods. The yacht features a displacement planing hull, called D2P, equipped with wave piercer. The hull was specifically designed for the Rolls-Royce propulsion pod, by optimising the stern tunnel thrusters. The D2P hull enables the Fast Displacement series to reach higher speeds, or to cruise in displacement mode at an economical speed with a greater range.