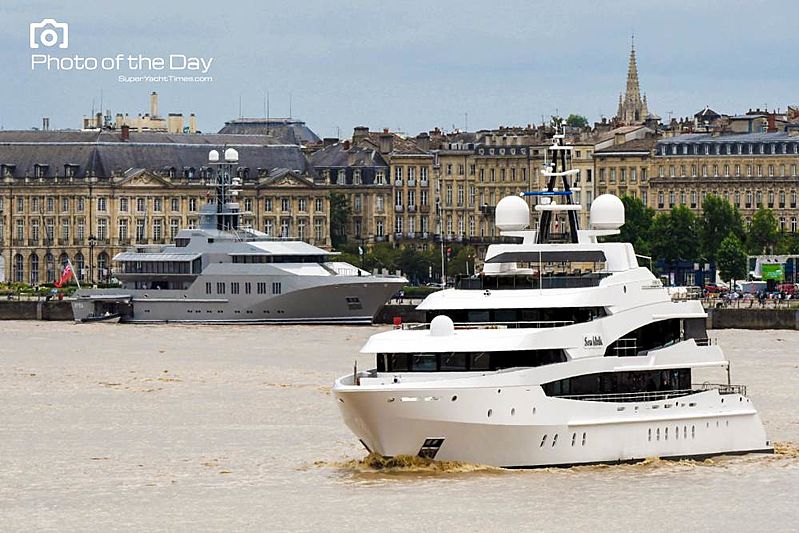 Skat and Sea Walk in Bordeaux

Seen together in the city of Bordeaux last week were the two motor yachts Skat and Sea Walk. No stranger to northern European cities, Skat has become one of the most recognisable yachts in the world since her launch in 2002 at Lürssen. She is the design work of Espen Oeino with an interior by Marco Zanini. Previously named Lady Christina, Sea Walk was built by Oceanco in the Netherlands and launched in 2005. She was lengthened in 2014 during an intense refit in 2014. Oceanco and Zuretti Interior Design worked on the design of the vessel.

The 62m Sea Walk in Monaco