Maritimephoto.com captured the latest Amels 212, when she was moved into a different shed last week, offering us a sneak preview of the yacht, which has some styling differences compared to her two sisterships, Imagine and Sea Rhapsody. 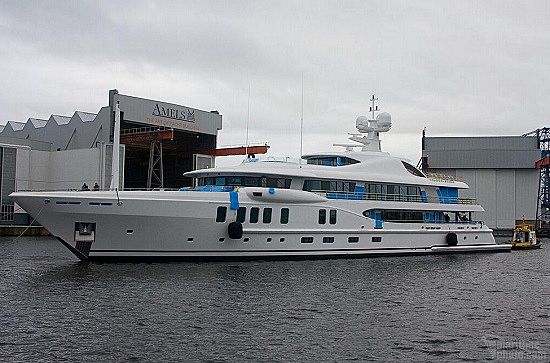 The new yacht, which is yet to be named, is the third hull in Amels’ 212 line of superyachts.

Compared to her sisterships, the yacht has a newly designed window configuration forward on the main deck, making her instantly recognizable.

The shipyard had not yet released any official statement, but judging by this photo, we believe she will soon be officially launched.

By Maarten Janssen, photo by Maritimephoto.com