Two weeks ago the first Palmer Johnson 170’ mega sport yacht was launched in Hythe and we are now able to share more information on this historic launch. The yacht was launched from the Solent Refit facility on Southampton Water. This was a major achievement, as the superyacht had to be transferred from the build shed, along the dockside to the slipway. 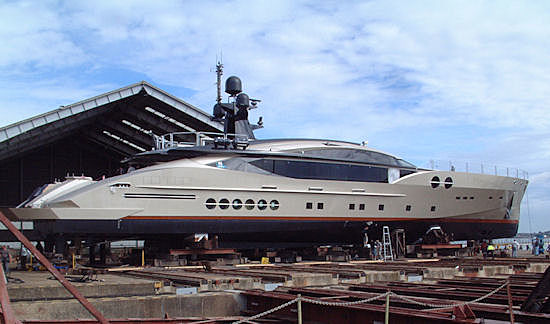 This intricate operation was undertaken with the use of an Alladays hydraulic computer controlled transporter. Once transferred to the transverse slipway system at Solent Refit this magnificent superyacht was lowered into the water and moved to the outer superyacht pontoons. All went very smoothly. 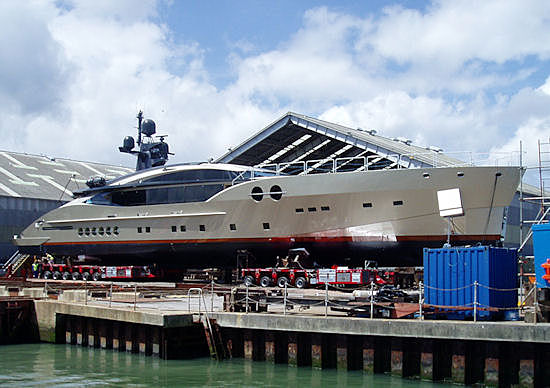 PJ-501, as she is known, will cruise the Mediterranean over the coming months and will join the other Nuvolari-Lenard designed Sport Yachts that the company has produced since 2004. 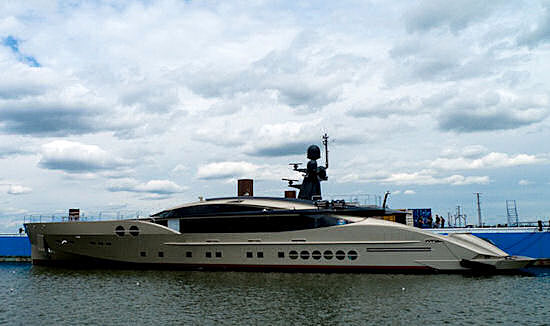 The sleek profile and aggressive stance of the instantly recognizable PJ Sport Yacht series is even more emphasised on the PJ 170 because of the increased length of this model. The 170 also enjoys technical advancements which include dual Gyro stabilizers which negate external fins under the waterline, a first in a large sport yacht.