Home > News > Solis and Unbridled side by side in Gibraltar 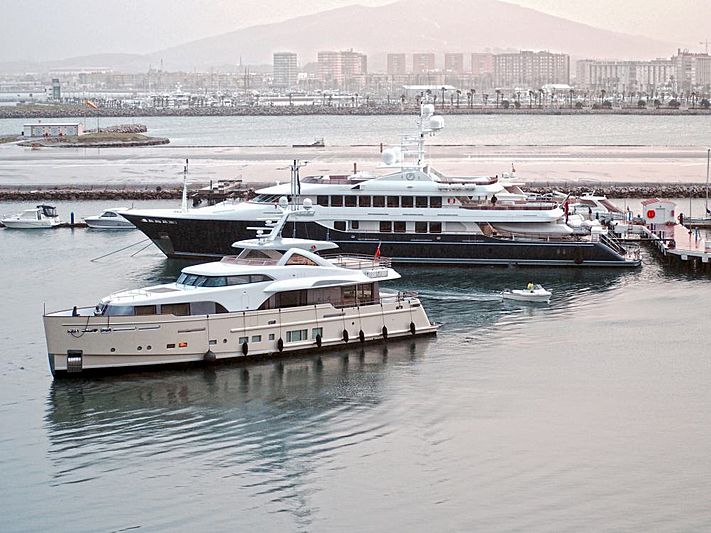 Solis and Unbridled side by side in Gibraltar

Pictured here side by side in Gibraltar are the two superyachts Solis and Unbridled. Mulder's 34 metre superyacht Solis was been launched in 2015 and became the largest vessel in their fleet. She recently walked away with a Neptune trophy for best displacement motor yacht below 500 GT. The first superyacht in the Custom Thirty Four line has been designed by the British studio Claydon Reeves and features naval architectures by Van Oosaanen Naval Architects. Solis accommodates eight guests in two VIP and two double cabins which are convertible into twin cabins as well as a crew of seven. The impressive US built 58.2m tri-deck superyacht Unbridled was launched by Trinity Yachts in 2009. With an interior design by Patrick Knowles, she accommodates up to 12 guests in five private cabins. Unbridled’s large deck areas and her huge capacity enable her to carry a big range of watertoys.