South-African shipyard Southern Wind has unveiled its latest concept, SWCAT90, a 27.07-metre sailing catamaran at this year’s Düsseldorf Boat Show. The shipyard says it “combines all the greatest attributes of the SWS monohull yachts into a versatile catamaran design,” with comfort and autonomy at sea being key factors in the design, as well as being highly customisable. 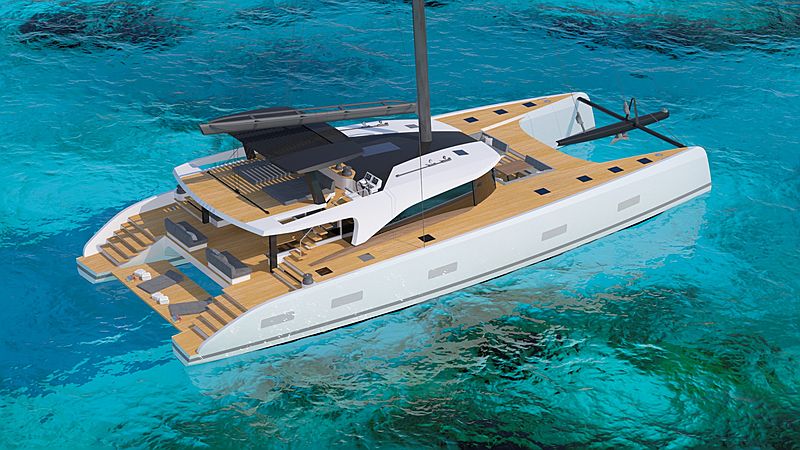 Photo: Southern WindSouthern Wind developed the concept together with Nauta Design, Southern Wind’s longtime partners who designed both the interior and exterior of this multihull while the naval architecture comes from the drawing boards of the La Rochelle-based studio Berret-Racoupeau. Olivier Racoupeau says: "The design is based on our latest shapes in terms of efficiency by combining a maximum waterline length, moderate waterline beam and reduced wetted surface to strike the right balance between performance and interior volume.” Two sail plan options have been designed, with a fixed mast for owners who prefer cruising, and a rotating mast for the performance-seeking yacht owner. 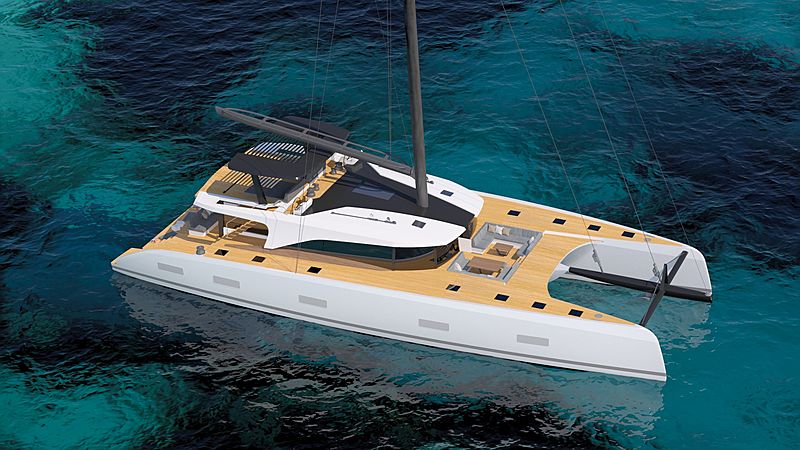 Photo: Southern WindSaid interior volume is comparable to that of a 39-metre monohull, with an interior layout that will include a 45-square-metre saloon and will be able to accommodate guests in four staterooms and crew members in two or three cabins, as Massimo Gino from Nauta Yacht Design describes: "with 171-square-metres of interior views. The deck space, including the flybridge and two cockpits is an impressive 207-square-metres, an increase of 50% from similarly sized monohulls. With the SWCAT90, we transferred the full experience and expanded the contents in terms of layout, comfort and quality of the successful SWS yachts. In developing the interior and exterior layout we gave the same attention to the privacy and comfort of both guests and crew. The interior layout sees four guest cabins plus two or three crew cabins, with the crew quarters separated from the luxury guest areas to allow for maximum privacy." 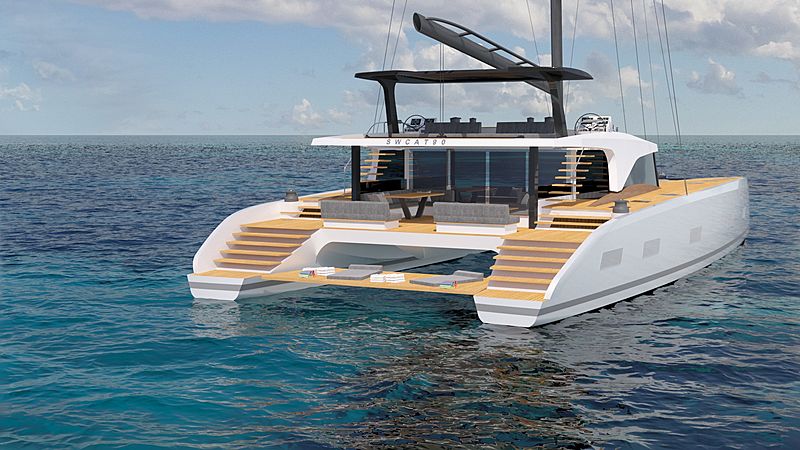 Photo: Southern WindCommenting on the project, Southern Wind’s commercial director Andrea Micheli says: “We began by examining what a yachtsman is expecting on their yacht and identified four main requirements. Escape, or the desire to get away from everyday life. Performance, the thrill of true sailing and a connection with the sea. Comfort, the ability to explore the seas with friends and family in privacy on a luxurious and reliable vessel.” 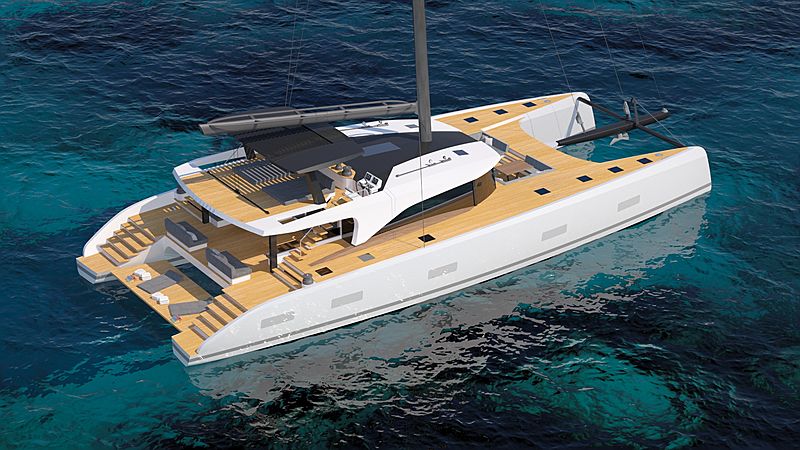 Photo: Southern WindMicheli adds that: "these objectives must be achieved with an environmentally conscious approach, with reduced dependency on fossil fuels and more focus on well-being. Our solution is to expand our range of offerings by multiplying what we do at best, matching a wider range of needs by introducing the SWCAT90 = SWS2.” The pocket superyacht has been designed whilst keeping in mind the possibility of installing a serial hybrid diesel-electric system. 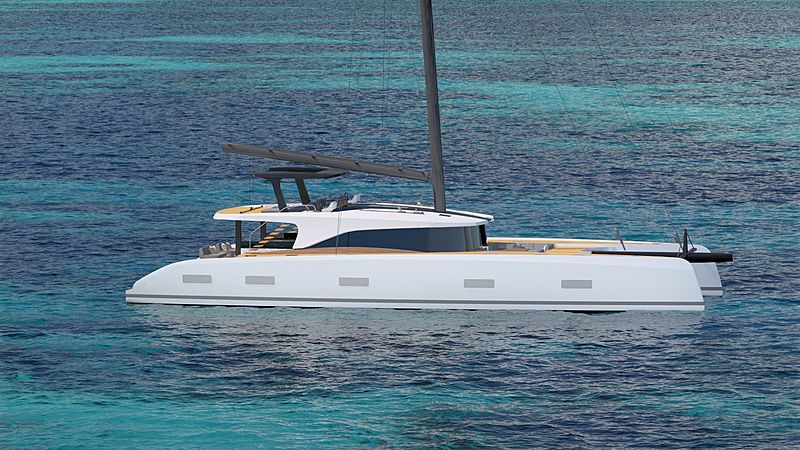