At the Palma International Boat Show in Mallorca, the planned protest by all sectors of the Spanish and Balearic yachting / water sports industry reached a momentous level of volume at exactly 12:00 noon, on each day over the May bank holiday weekend. 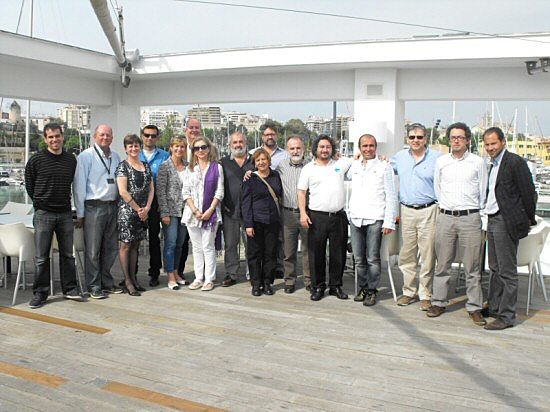 Dozens of volunteers from the various yachting associations had spent the previous week handing out flyers and talking with yacht owners, professional captains and exhibitors at the boat show who were all really keen to join the 'Hoot to Boot' (The matriculation tax) protest. And, as it turned out, there was no lack of enthusiasm for the action with hundreds of yachts taking part, and visitors to the boat show adding to the cacophony of sound with air horns, which were funded and distributed by various nautical association members.

Anyone who has visited Palma will know that the promenade 'Paseo Maritimo' runs along the water front for several miles of seemingly endless moored yachts, literally thousands of them of just about every size and type from small local fishing boats (called Llauts) to megayachts like the 133 metre long Al Mirqab who has her home port at Palma's Club de Mar Marina.

Filling this huge bay from east to west with a noonday wall of sound, which politicians and the public simply cannot ignore, and doing it consistently for nine continuous days was an unprecedented challenge, which the local yachting industry seems to have risen to with gusto.

Another local businesswoman who runs a long established yacht registration business on the island said; "Believe it or not, we are still snowed under with enquiries for yachts to be registered here for commercial charter purposes. These are wealthy people who are more than happy to let a good chunk of their cash flow into our economy, in order to have the relaxing and geographically accessible yachting lifestyle in such perfect conditions. They are even happy to pay the matriculation tax if they really have to, but they really have a problem with the totally arbitrary way in which it is being levied. For instance, there are absolutely no published guidelines as to how the yacht should be valued for tax purposes. Add to this the fact that they can, and do, come back at any time within four years of the first tax payment and demand more if they feel like it, and you can see that even the most adventurous entrepreneur yacht owner will not enter into a financial risk that cannot even be quantified!" She concluded.

The whole exercise has already demonstrated the huge level of frustration mingled with a degree of genuine bewilderment, at the inability of successive national and regional governments in Spain to grasp some basic economic and commercial facts. For example the unquestionable contribution that a fairly treated yachting industry can make to business growth, employment and generation of greater tax revenues.