Set in the spectacular grounds of DongGang Marina in the Eastern Port of Dalian in Northern China, SO! DALIAN enjoyed a successful first edition from the 6th to 12th July, with an intriguing combination of yachts, marketing and events. SuperYacht Times’ Merijn de Waard attended the show last week, and had the opportunity to talk to general manager of Benetti Asia, Giordano Pellacani. 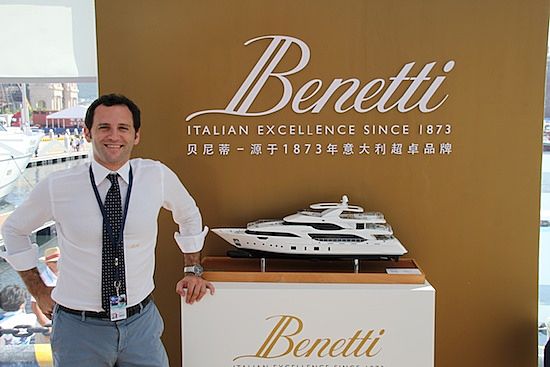 Pellacani has visited Dalian many times before, and has noted a distinct change in the area, making it the ideal location for a boating show such as SO! Dalian. He comments, “Since my first visit in 2009, Dalian has changed in a really fantastic way. For the city now, lifestyle is very important; 5 star hotels, a marina, all in a venue that looks like Versailles. I think that in the next 5 to 6 years it will be our destination for the summer. We just need to give people the excuse to enjoy the sea.”

With boating becoming increasingly popular in Asia, people are indeed being given a fantastic excuse to enjoy the sea more and more, and Pellacani notes that the market in China is seeing Azimut, Ferretti or SanLorenzo yachts more frequently in the water. In regards to the future of yachting in China as well as Benetti in this region, he states, “the market for medium to large yachts will come in the next 5-8 years. Before that it would be almost impossible. We have to invest and we have to be present, so it’s important that we have brand recognition from the beginning.”

With Benetti’s large stand at SO! Dalian, as well as several impressive boats in the water, it’s clear that the Italian shipyard are eager to make their mark on the market in the northern part of China. Elsewhere, though, Pellacani tells SuperYacht Times that the company is doing extremely well, with 7 contracts signed in Hong Kong in the last 3 years. “Hong Kong is a really great market, maybe for the tax reason. We delivered two 55 metres last year, Ocean Paradise and Lady Candy to South East Asia, with Hong Kong as the base. This summer, we will deliver a Benetti Classic Supreme 132, hull number 5, and next summer, we will be delivering a 55 metre and a 60 metre. So I think it’s quite a good achievement.”

Other areas of China, however, have not embraced the yachting way of life as readily as the industry may have hoped. Macau is predominantly focused on gambling, whilst Hainan and Sanya also face some limitations. As Pellacani states, “Hainan is a great location and if the tax would facilitate the arrival of foreign flags, it could be a destination. Around the Sanya area, the limitation due to the military base gives some restrictions. But I think we need to create the cause and the push and let them try. They definitely need to try the yacht.”

With Benetti and other top shipyards making their presence more and more known in the industry, the future of the Asian market is certainly an exciting one. 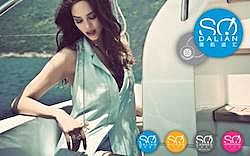