The third day of racing at the Oyster Regatta Palma, sponsored by regatta partner Raymarine, will be long remembered for spectacular sailing conditions. A solid 15 knots of breeze from the northeast built to near gale force conditions. The Oyster fleet powered along the southwest coast of Mallorca experiencing wind speeds in excess of 30 knots for most of the 20-mile race. However, Oysters are built to sail the world’s oceans and only three of the 24 yachts retired after minor gear failure that alone was testament to the build quality and robust nature of the Oyster marque. 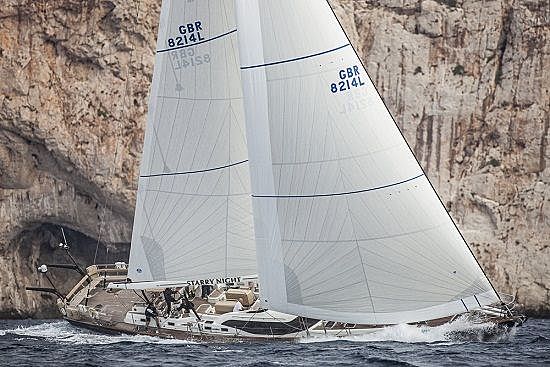 Many yachts were quick to reef in the lively conditions but it was a bumpy rollercoaster ride from Puerto Andraitx back to the Bay of Palma. The gnarly weather conditions provided high speed racing for over three hours before the fleet finally moored up again within the safe confines of Real Club Nautico.

Maxim Kudryashov was delighted to take his first win with his new Oyster 625, Guardian Angel.

“I love to sail in strong winds, it is fantastic to power through the waves in Guardian Angel and the crew love it as well. We had a few problems because we are still getting use to her but the crew work was excellent and I was so proud to win the race and to take the lead in Class One.”

In Class Two, Gerd and Annemarie Köhlmoos’ German Oyster 54, Sarabande put in a stellar performance winning line honours and the race after time correction by a handsome margin. Eric Alfredson’s Swedish Oyster 53, Lisanne was second. Igor Lazurenko’s Russian Oyster 54, Light Lana showed great tenacity after sustaining some damage to their headsail system when the crew continued to race and were rewarded with a third place by just 19 seconds on corrected time from Jesús Gasca’s Spanish Oyster 46, Sine Die. 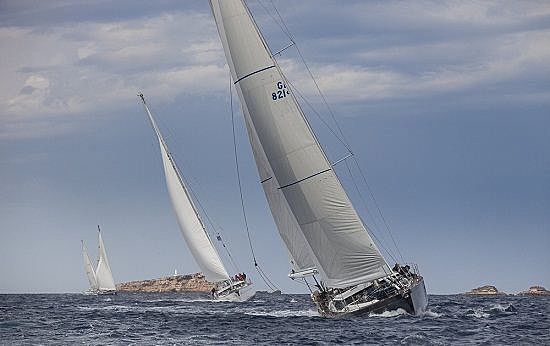 Gerd Köhlmoos was delighted to win his second race at the regatta, but was quick to explain that it was a team effort. “Probably the best move we made today was going inshore to find flatter water inside the bay but we had a big problem when our genoa sheet snapped but the crew acted quickly to limit the loss. I love to sail with my family and friends and we have become an excellent team because we have sailed together for so many years, it was a very exciting race today and I am really looking forward to the last day of racing and hopefully the Sarabande team can win again, to finish off a great regatta.”

John and Odette Maxwell’s British Oyster 54, Om Shanti racing in Class Two managed a credible sixth today. John and Odette will be taking part in the Oyster World Rally next January. For the Oyster Regatta Palma, John and Odette were joined by sons Ian and James, as well as Raph Marshall-Naef, who will be joining the couple for their great adventure. 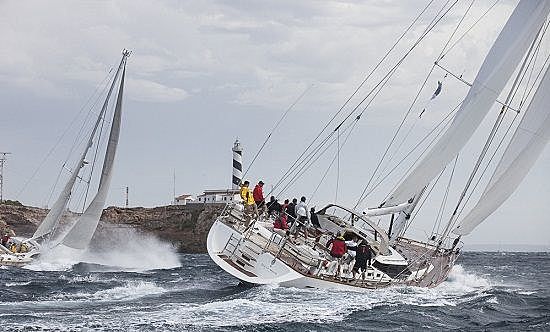 “That was pretty feisty today.” Beamed John having helmed Om Shanti non-stop for over three and a half hours in lively conditions. “That was thoroughly enjoyable and very educational, especially with regard to reducing sail to balance the boat. Fortunately Om Shanti will be likely to experience more downwind sailing on the Oyster World Rally but today was a great day to perfect heavy weather upwind sailing. Apart from the fridge door flying open and sending the lunch all over the galley, I think we coped pretty well!”