Yachting Developments in New Zealand has successfully handed over its latest new build project, the 34.3-metre sportfish superyacht Al Duhail. Commissioned by a Qatari client, the yacht has since completed an 8,000 nm maiden journey to reach her home port of Doha. 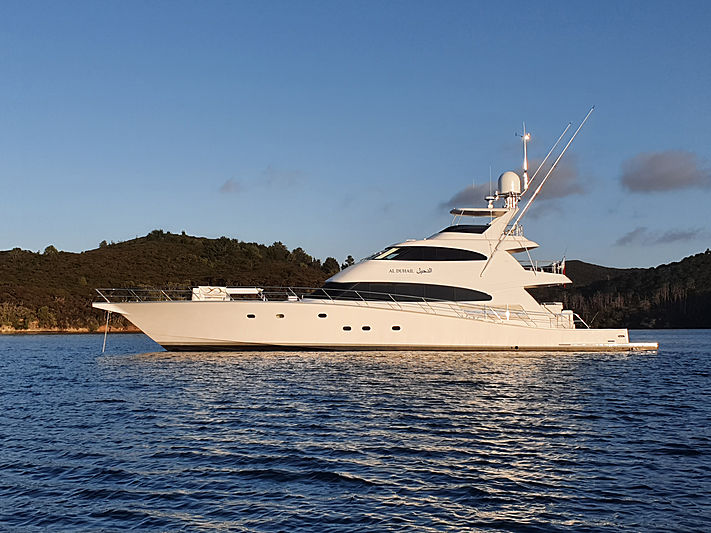 The full-carbon Al Duhail is the design work of Warwick Yacht Design who worked with the owners in the past on their 2008 sportfisher superyacht by the same name. Yachting Developments were selected for their experience with sportfisher yacht construction and was also tasked with the development of the project’s interior together with the owner’s team. “We have collaborated with the Warwick Design team many times in the past, and we were delighted to have the chance to partner with them on another superyacht project,” commented Ian Cook, Managing Director at Yachting Developments. 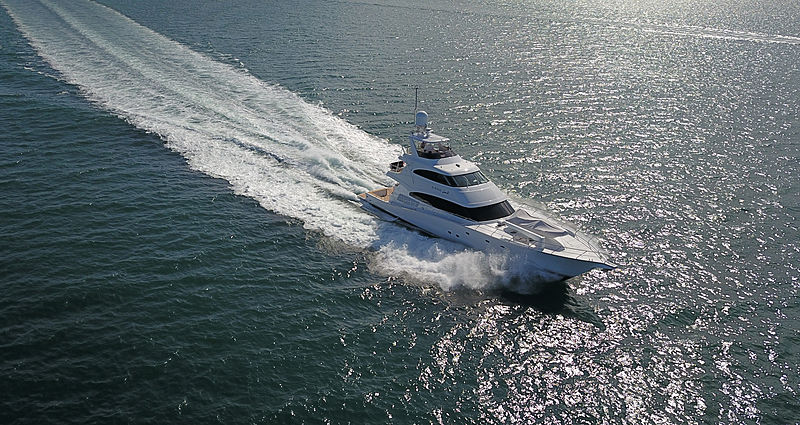 Not only larger than her older sistership, but the new Al Duhail was also designed to be faster, more efficient and be able to cover longer distances without having to refuel. With a strong focus on deep-sea fishing, the yacht comes with a large cockpit and several storage spaces on the aft deck. She can reach fishing areas at speeds of up to 31 knots, cruises comfortably at 20 knots and can cover a distance of 2,000nm at 10 knots. 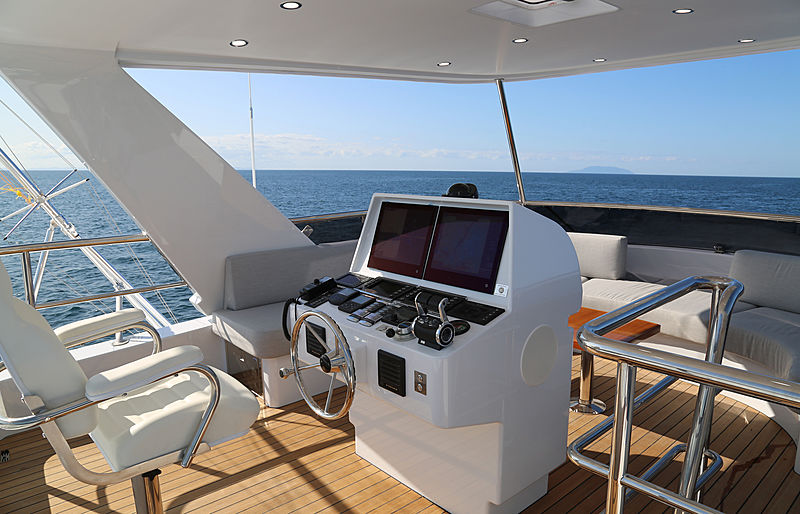 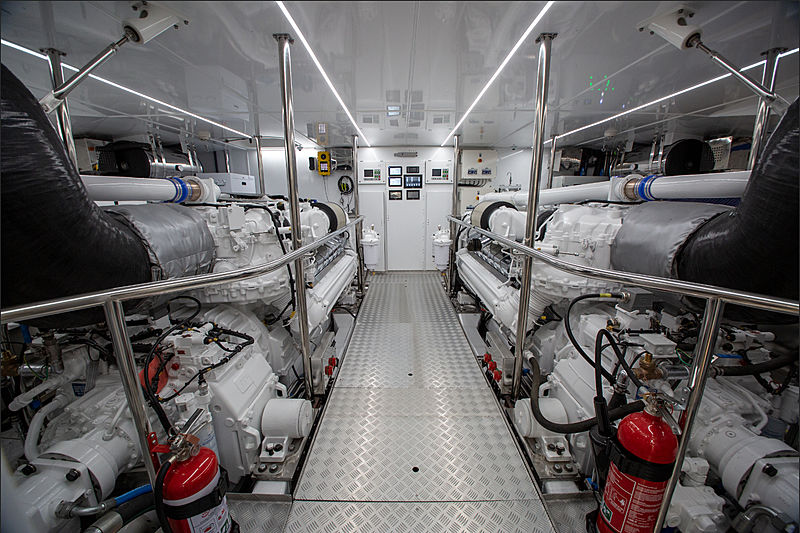 Inside, she carries up to 10 overnight guests in five in a functional and welcoming interior. “The Yachting Developments interior team was given a direct styling brief by the owner’s family, which we then brought to life,” explained Blair Morten, designer at Yachting Developments. “They were seeking a simple, modern and neutral interior that was not overdone.” 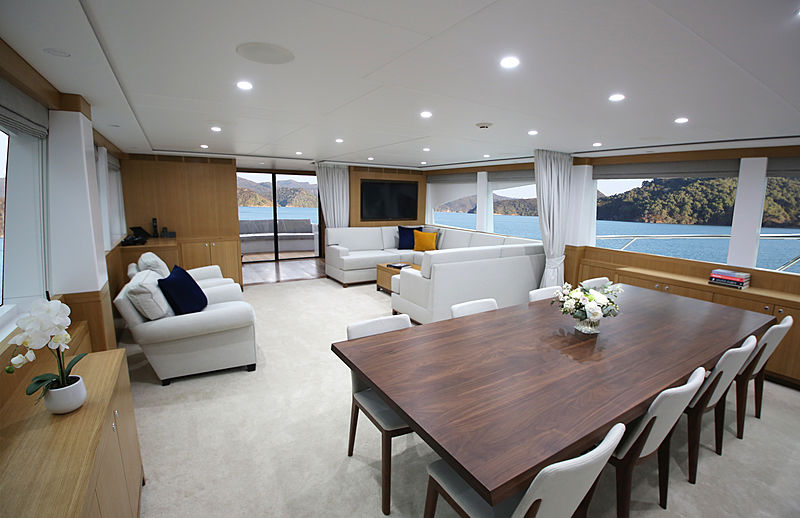 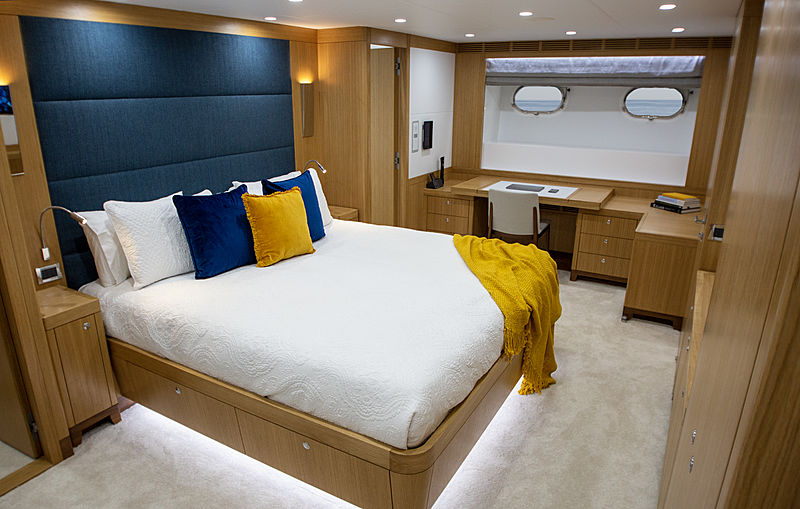