Tankoa Yachts have unveiled the designs for their latest series, the Linea series, beginning with the motor yacht Sportiva 55. Designed in collaboration with Luca Dini, the first yacht in the series falls just below the 500 GT line, and will sit between larger and smaller models, with the largest yacht reaching 65-metres in length. 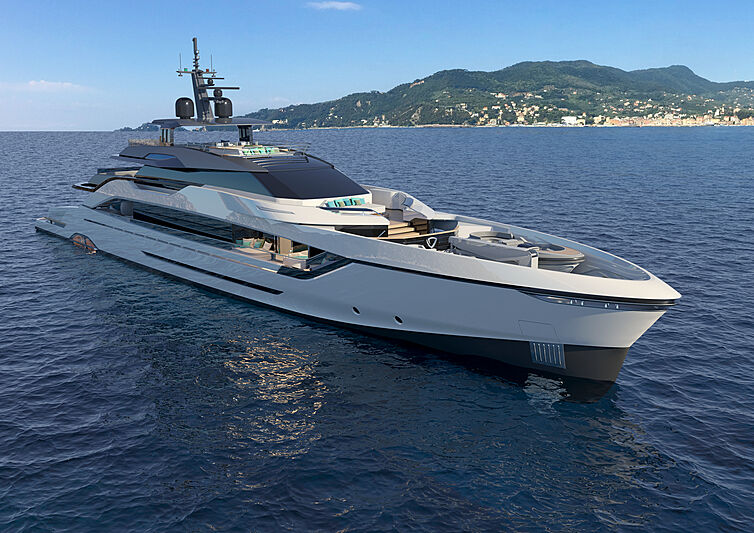 The 55-metre superyacht will accommodate guests between either four or five cabins on the lower, depending on the owners desires, while a large master stateroom is situated on the main deck. This full-beam suite has a built-in chaise longue, private sauna and Jacuzzi. 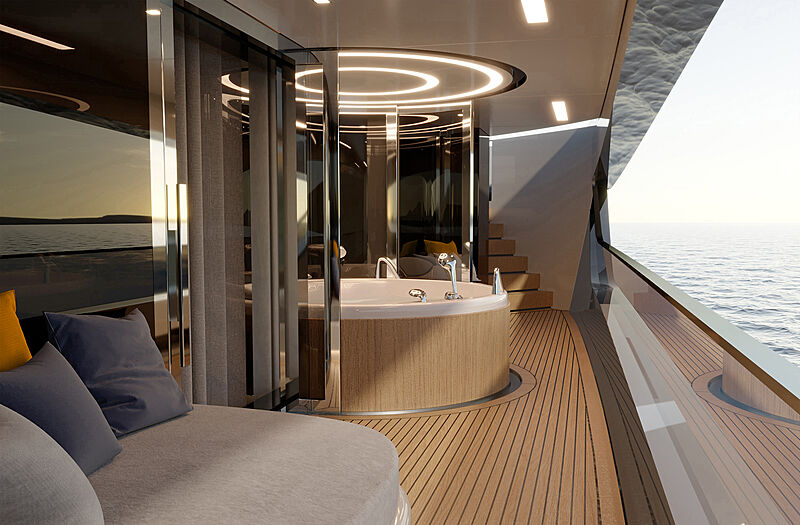 Much of the aft deck has been dedicated to the generous beach club, with a swimming pool, sunk into the terrace aft deck and with access to a spa area on the lower deck, which features another sauna and a gym. There is also a side-loading garage for toys and a large window in the hull which is partially submerged and will give guests an underwater view. 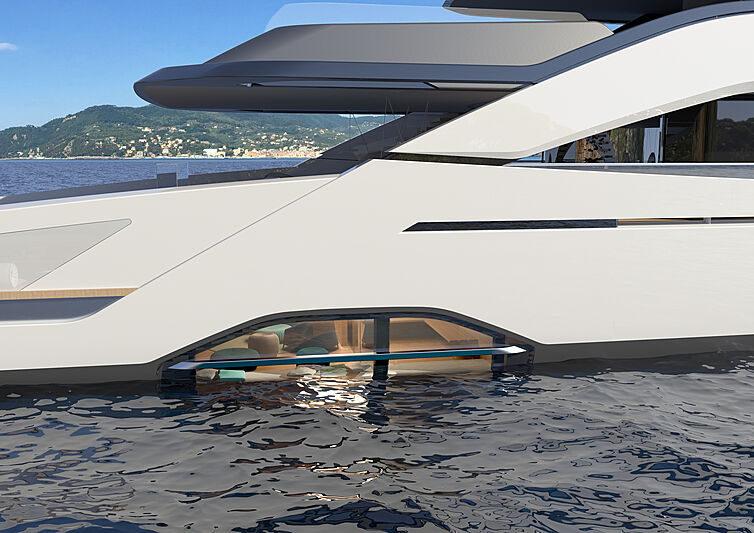 A central staircase leads from the owners foredeck to the forward bridge deck, which can be used as an open-air cinema when at anchor. On the foredeck there is an additional tender garage, holding the 7-metre tender, crew tender and Sea-Doo. 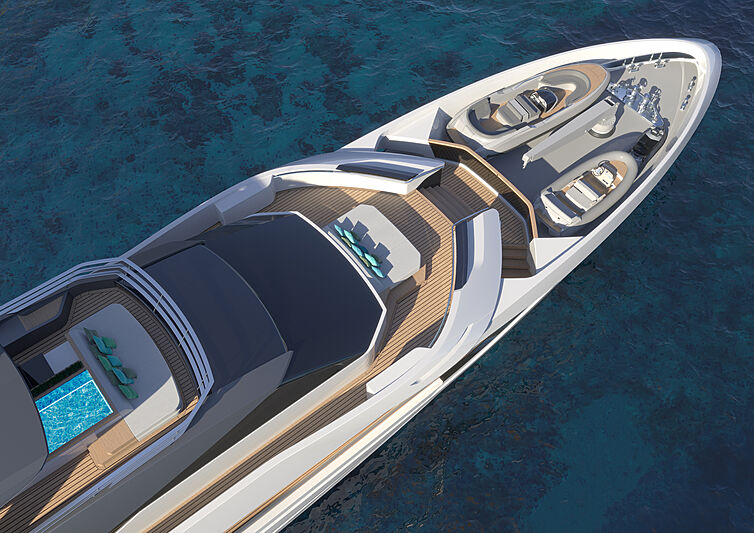 Tankoa CEO, Vincenzo Poerio, commented, “At Tankoa we always try to think of new products that can meet the ever-changing needs of customers in our market segment.” Adding, “With this in mind, we met various designers to exchange ideas and views on new products. With Luca Dini we found an immediate harmony of ideas that became concrete a few months later with the first concept of the Sportiva 55: it was love at first sight.” 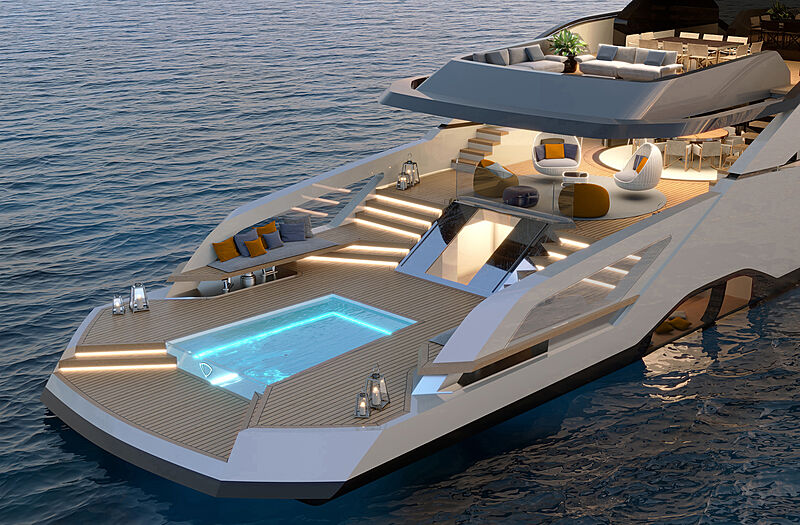 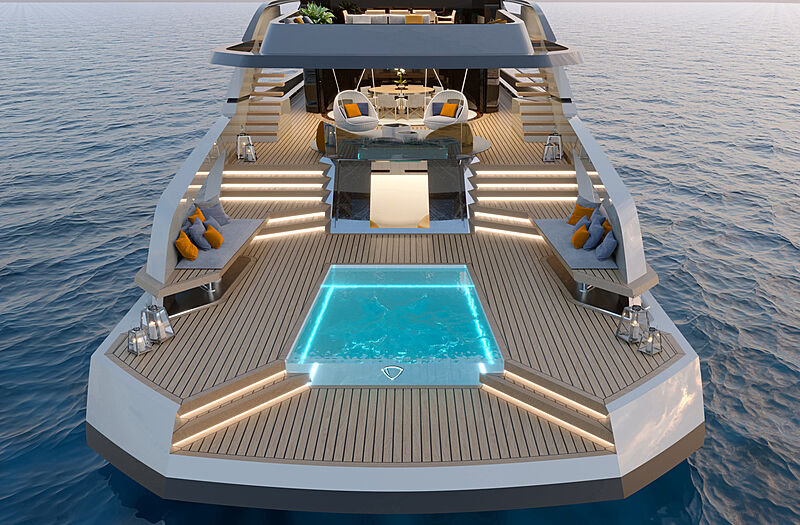 The designers have suggested that the Sportiva 55 could be converted for hybrid propulsion, in which case the engine room can be moved forward, giving the lower guest cabins direct access to the beach club. Aside from the 55-metre and 65-metre, Luca Dina has also created the designs for a 45-metre version. 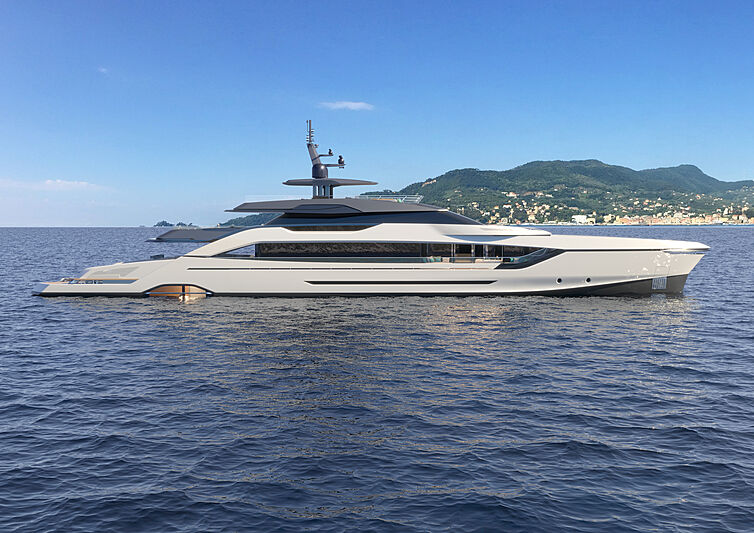 Tankoa Yachts have announced the sale of the first T580