Jostling at the start line set the scene for day three of racing at the Rolex Swan Cup Caribbean organised by the Yacht Club Costa Smeralda.With Classes A and B sharing a start line, there were bound to be a few exciting moments including this morning when Swan 90 Freya mixed it up with Swan 56 White Rhino and Swan 48 Catch 22 at the Committee Boat end of the line. It was the pin end of the line that paid however, where Swan 601 Stark Raving Mad and Club Swan 42 Arethusa were well placed, headed out to the left of the course and led their respective Classes around the 15nm course. 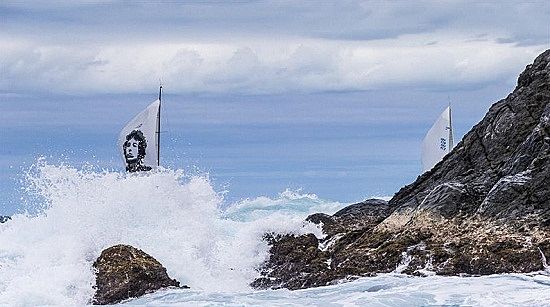 Wendy Schmidt’s Swan 80 Selene crept past Stark Raving Mad at the final mark rounding, to finish just 20 seconds ahead of the Swan 601. But on corrected time, the Swan 601 took the win and is now just one point out of first place overall going into tomorrow’s final race to win the prestigious Rolex Swan Cup Caribbean trophy.

“These were our conditions today. We wanted a clean start, which we got and had a clean lane all the way to the windward mark. But it was not an easy race once we rounded the windward mark. It was tactically challenging as a lot of the boats are extremely well sailed and we knew that Selene was going to be very competitive. So our objective was to do our best to keep them behind us around the race track and if we were lucky keep her behind us the whole way,” said Jim Madden, owner and helmsman of Swan 601 Stark Raving Mad.

In Class B, Phil Lotz and his crew onboard Arethusa were first today, while Swan 53 Music took second yet the South Africans maintain their position at the top of the leaderboard.

In the Cruising Class, Swan 46 Eclipse moved into first place today, while Swan 56 Tenacity was second.

“We like the cruising division as it saves the crystal onboard. We were out round Seal Islands today and were being beaten by a turtle for a while there but we eventually caught up with him and passed him,” said Norbert Murray, owner of Tenacity who exudes the spirit of the Cruising Class. Having just completed an extensive refit, Murray’s exquisite Swan 56 is a strong contender for the Concours d’elegance trophy, which will be awarded tomorrow evening at the final prizegiving.