Steve Rice has been promoted to Design Director at the leading yacht interior design studio Design Unlimited. Based on the south coast of England Design Unlimited, formed in 2000 by Mark Tucker, has grown to be one of the leading production and superyacht interior design companies in the worldwide yachting industry, and in 2010 saw its designs collect a number of major awards. 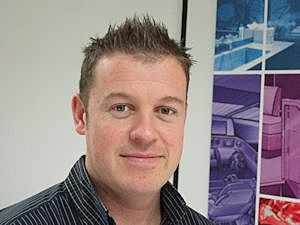 Steve joined the Fareham‐based team in 2007, having worked with Ken Freivokh Design and before that the Danish toy manufacturer Lego. He originally qualified as an automotive designer at Coventry University, and started out working in that sector before ultimately moving across to yacht design.

“I’m delighted that Steve has accepted our invitation to join the board,” said Mark Tucker. “He quickly made himself an invaluable member of the team when he first joined us, and his dynamism and creative capabilities have contributed greatly to the success of the studio over the past few years. I have no doubt that he will continue to play a major role in the growth of Design Unlimited through 2011 and beyond.”