Back in the late 1980s, a Greek-based group known as Lyktos International Yachting Enterprises was set up to own and operate a fleet of relatively large charter yachts. The company ordered three vessels to be named Lyktos I (38,10m), Lyktos II (32,10m) and Lyktos III (38,10m). The yachts were to be built at the Pecal Shipyard in Chalkis, Greece with naval architecture by S.N. Dassiras and styling by J.S. Dingli. 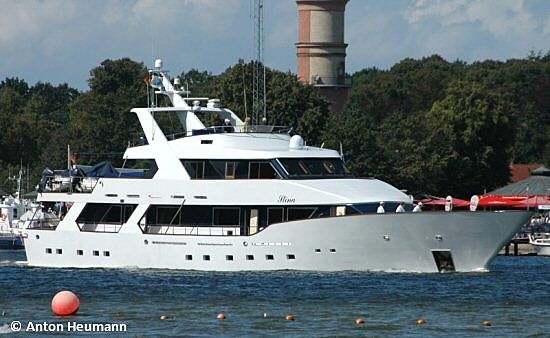 Lyktos II was the first to be delivered in 1991, followed by Lyktos Iin 1993. Lyktos III was originally due in 1992 but was apparently cancelled sometime before that date.

Operating as Lyktos I, the vessel was chartering in the Aegean when she sank in May 1995 for an unknown reason. The guests and crew were rescued and the yacht was later raised and taken to Olympic Marine in Lavrion prior to being repaired. 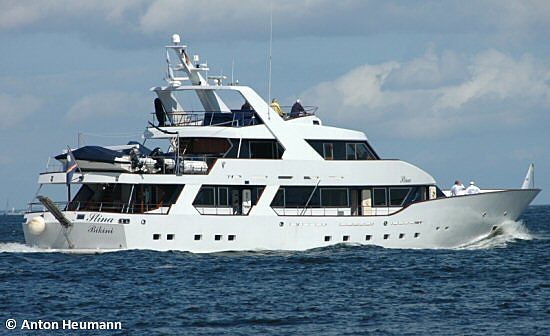 The opportunity was taken to entirely reconstruct and redesign the vessel with a view to re-entering the charter market. The yard lengthened the yacht by around 3 metres by constructing a new bow and the superstructure was remodeled to a more modern style. The engines (originally MAN 2 x 1,000 hp) were replaced with twin Caterpillar 3412Cs developing 1,050 hp each. Maximum speed was now 17,0 knots with cruising at 15,0 knots.

The yacht was renamed Harmony and re-entered the Greek charter market in 2000 accommodating up to 14 guests served by 9 crew.

What is unusual is that normally Greek charter yachts usually remain in Greek waters until they reach the end of their days. This yacht however proved one of the exceptions to the rule. In this case one should remember that this vessel was essentially a new yacht again in 2000. 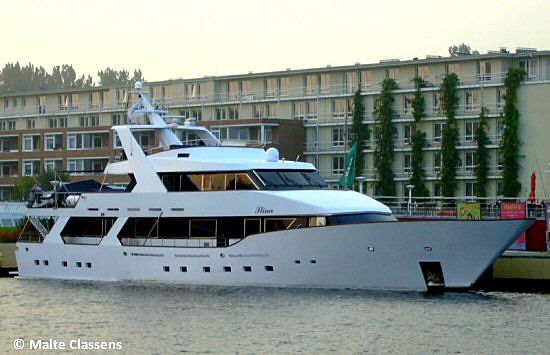 In 2006 the yacht was sold to a German shipowner and renamed Stina for private use. The yacht is apparently based in Travemünde now after some further work was carried out at TKMS. All in all then Stina is a good, strong and stylish yacht.

Although this article is focused on Stina it will come as a surprise for many to learn that Lyktos II is now owned by a Norwegian shipowner. However that’s another story….