After keeping the fleet in port waiting for stable conditions, the Race Committee was forced to abandon racing on the starting line as continuous squalls travelled along the north-eastern coast of Sardinia bringing gusting winds, rain and lightning to Porto Cervo. Crews returned to the regatta village sporting the wind jackets from the Grenoble collection provided for all participants by main sponsor Moncler. 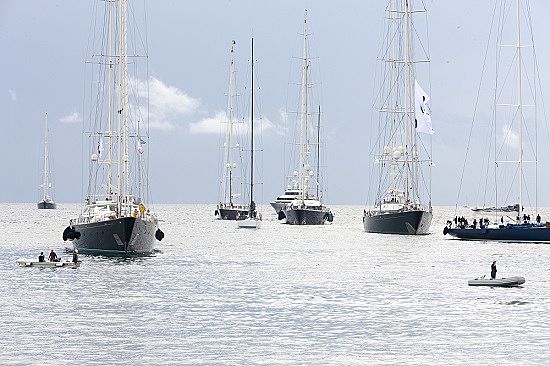 The fleet gathered in Porto Cervo embodies the breadth and range of the Perini Navi shipyard’s history and expertise, from earlier models such as the 48-metre Corelia, launched over 20 years ago, to the high performance P2, a 38-metre sloop designed and built to racing standards without compromising on the yard’s renowned standards of design and comfort. 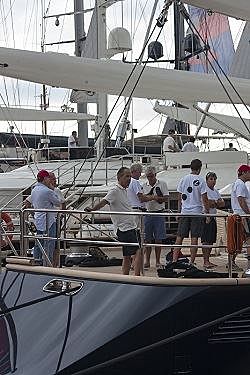 Crews and racing styles also vary from one yacht to another with some owners choosing professional racing sailors to helm and call tactics while others prefer to be surrounded by friends and family. One such boat is Tamsen, whose owner has gathered together several generations of his clan as well as friends from around the world for racing this week. Although Tamsen has an area set aside for crew and cabins of around 270 m2 - the equivalent of the average tennis court - the grand total of 58 people on board this Perini Navi during racing is rather unique.

The owner explained his relationship with sailing: “In the 1970s I sailed around the world with friends in a wooden schooner, we then went into business together and gradually bought bigger boats and then we had lots of children! People come and go, friends and family come and meet us in different place and sail with us for a while, this is how we have been sailing since the 1970s. It’s very nice, everybody cooperates and the kids learn a lot about sailing and about taking care of the boat.”

At the other end of the spectrum is P2, which competes in several regattas each year, collecting top results on race courses around the globe.

“Among the Perini Navi fleet this is a competitive event, people do not approach it as lazy sail around the course.” commented P2’s captain Jonathan Kline. “Everybody has got good helmsmen, good trimmers, everybody wants good crew work and most are here to win as well as to enjoy the party. This is the owner’s second Perini Navi, this is a racing one, we started out as a cruising boat that did some racing and now we are a racing boat that does some cruising. It’s a fantastic shipyard to work with and a fantastic boat to be the skipper of.”

Despite today’s enforced break, the regatta’s busy social programme continued with a variety of events. The cocktail competition organized by event sponsor Vhernier was a resounding success and the winner will be decreed during the final prize giving ceremony. During the competition Mrs. Milena Perini and Mr. Carlo Traglio, President of Vhernier, presented an all-Italian gift to each of the participating yachts. The event was accompanied by champagne from Pommery, sponsor of the event for the third consecutive edition. The Yacht Club Costa Smeralda hosed a Gala Dinner for owners on friday. 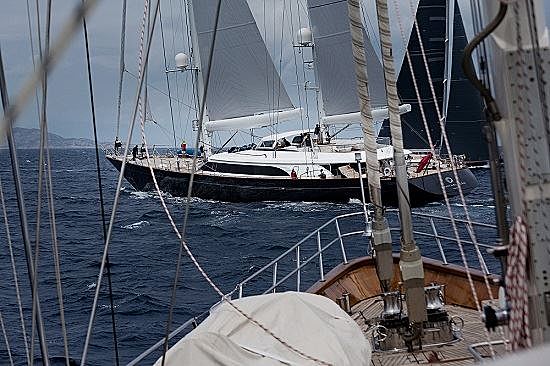 The final race is scheduled to start at 11 a.m. today, Saturday 31st August, and will be followed by the final prize giving in Piazza Azzurra and the final party for all participants.